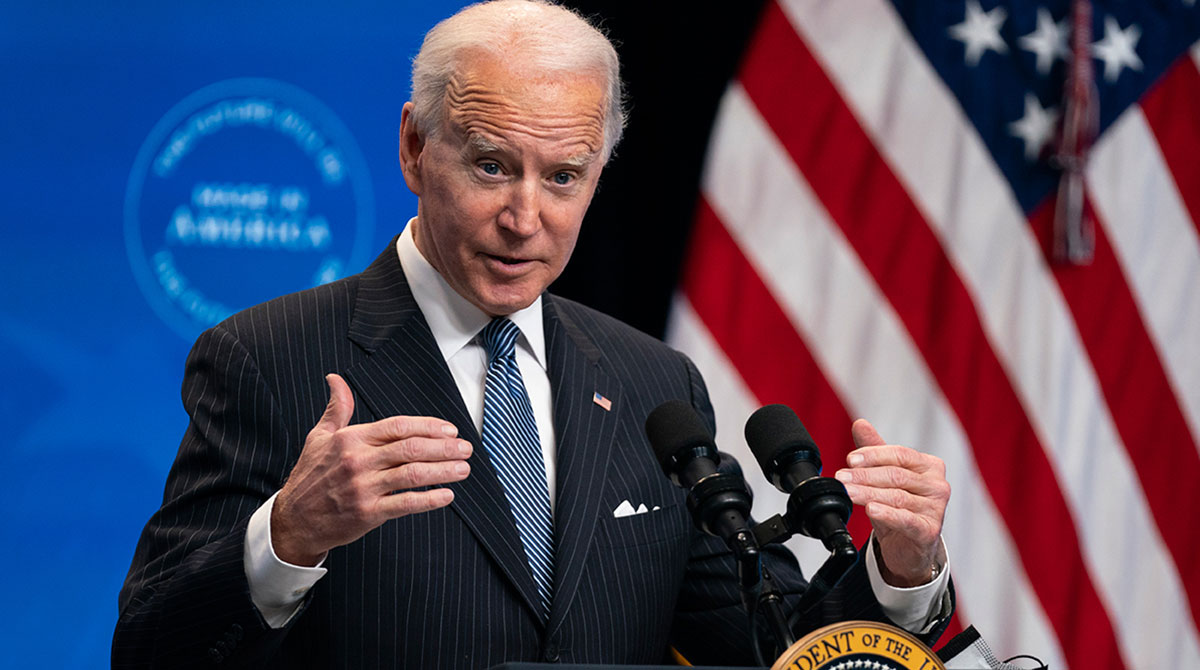 The leaders of the congressional tax-writing committees remain divided over how to fund comprehensive infrastructure policy legislation that President Joe Biden would prefer to enact this year.

Pressed by the White House to adopt a sustainable source of funding for myriad infrastructure programs, top Democrats continue to endorse Biden’s call to increase the corporate tax rate from 21% to 28%. Republicans, however, push back on such a proposal, pointing instead to a broader portfolio associated with fees on transportation modes.

Biden, who unveiled the $2.25 trillion American Jobs Plan backed primarily by raising the corporate tax rate, said he will refuse inaction from Congress on infrastructure policy. Both the White House and Democratic leaders in Congress note recent studies that have determined significant aspects of the country’s mobility grid and freight networks would benefit from major upgrades.

We need reliable, resilient infrastructure if we’re going to compete in the 21st century. We need the American Jobs Plan.

“The fact is, the infrastructure tab has been growing for decades due to Congress’ negligence and corporations failing to pitch in fairly,” said Finance Committee Chairman Ron Wyden (D-Ore.) during a hearing on May 18. “I’m not going to tell a rancher in eastern Oregon or a home health aide on the coast that they’ve got to make up the shortfall. Working people driving long distances are willing to pay their fair share; they’ve been doing so every time they pull up to the pump. They aren’t going to support immunizing mega-corporations from paying anything at all.”

“We have the opportunity to make smart investments that create good jobs, protect against costly environmental disasters and fortify our economy,” said Rep. Richard Neal (D-Mass.), chairman of the Ways and Means Committee, during a hearing the following day. “Under the leadership of President Biden, we again have the opportunity to propel our country forward, by not only updating outdated infrastructure networks, but also with investments in reducing carbon emissions and actions to mitigate the threat of climate change.”

There is bipartisan support for finding long-term funding solutions for transportation infrastructure, as well as increasing access to broadband connections, particularly in rural America. We can get this done in a bipartisan manner. https://t.co/SVCGSQMdCt

While most Democrats support increasing corporate taxes that would back Biden’s infrastructure agenda, Republican leaders push back, arguing such an approach would hinder a post-pandemic economic recovery. Top Senate Republicans have been negotiating with the White House over funding provisions that would be included in comprehensive infrastructure legislation. Earlier this year, the Senate GOP unveiled a nearly $600 billion infrastructure policy framework, meant as an alternative to Biden’s proposal.

“Consideration of offsetting the cost of infrastructure with a corporate tax rate increase or increases in international taxes, especially coming out of the largest negative shock to the economy on record, is counterproductive and a nonstarter on my side of the aisle,” said Finance Committee ranking member Mike Crapo (R-Idaho) on May 18.

Rep. Kevin Brady (R-Texas), Ways and Means panel ranking member, observed during a hearing May 19, “No president has ever raised taxes on businesses to recover from an economic crisis. The largest tax increase in half a century landing on job creators just as we are asking them to hire more; that makes no sense.”

Brady continued, “Why should American businesses have the worst tax rates among our global competitors, worse than Communist China, for heaven’s sake.”

Neither side has offered measures that would approve raising federal fuel taxes to provide long-term funding primarily for surface transportation projects. The federal Highway Trust Fund account operates on revenue from fuel taxes that is insufficient to meet long-term obligations. The fund assists states with transportation projects. The federal 24.4 cents-per-gallon diesel tax and 18.4 cents-per-gallon gas tax rates were set in 1993.

Meanwhile, the Democratic leadership of the Senate Environment and Public Works Committee is aiming to consider a multiyear surface transportation policy bill before the end of the month. House transportation committee Democrats plan to consider their version in June. Any measure the congressional highway committees panel approves would necessitate funding input from the tax-writing panels.