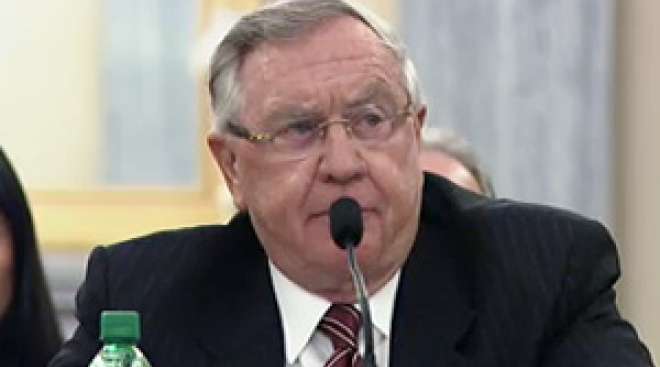 Christopher Hart, chairman of the National Transportation Safety Board, told the committee that many of the crashes his agency investigated could have been prevented by carrier fatigue management programs, the use of safety technologies and better oversight of driver performance by federal regulators.

“Many of our investigations identified shortcomings in Federal Motor Carrier Safety Administration oversight of commercial truck operations,” Hart told the Senate Subcommittee on Surface Transportation and Merchant Marine Infrastructure, Safety and Security. “It is critical that FMCSA employ a data-driven, risk-based approach to oversight responsibilities and address the highest-risk carriers.”

WATCH THE HEARING: Via commerce.senate.gov Several panelists expressed concern over recent increases in the number of truck-involved fatal crashes.

“Unfortunately, we are dealing with an issue directly related to the current continuing resolution,” Turner said. “Because of a technical error in the CR, states stand to lose a total of $112 million in MCSAP funding this fiscal year, which is a third of the program’s funding.”

Panelist Paul Jovanis, a professor emeritus at Pennsylvania State University and chairman of a Transportation Research Board committee, said researchers have a critical need for federal regulators to provide more detailed crash data such as the location and time of a crash.

“As a researcher for 35 years, I think the most important aspect is to develop high-quality data on truck crashes and their occurrence and their characteristics, and to provide follow-up capability to analyze those data to get a much greater picture nationally of where truck crashes are occurring and the causes and contributing factors,” Jovanis said.

Moyes said Swift used 28-foot double trailers early on but for safety reasons has switched to the use of 53-foot trailers.

Asked for his opinion of one of the contentious issues in the trucking industry, Moyes said he regards 33-foot twin trailers as less safe than 53-foot trailers.

Adrian Lund, president of the Insurance Institute for Highway Safety, expressed concern over increasing speed limits for trucks, in some states as high as 80 miles per hour.

“Physics dictates that faster speeds result in more crashes and more severe ones, no matter what the size of the vehicle,” Lund told the subcommittee. “But for trucks, their greater weight compounds this issue. Even a lightly loaded 40,000-pound truck has 13 times the kinetic energy of a 3,000-pound car traveling at the same speed.

“The proposal for speed limiters for large truck speeds is a welcome attempt to mitigate this problem,” Lund added.