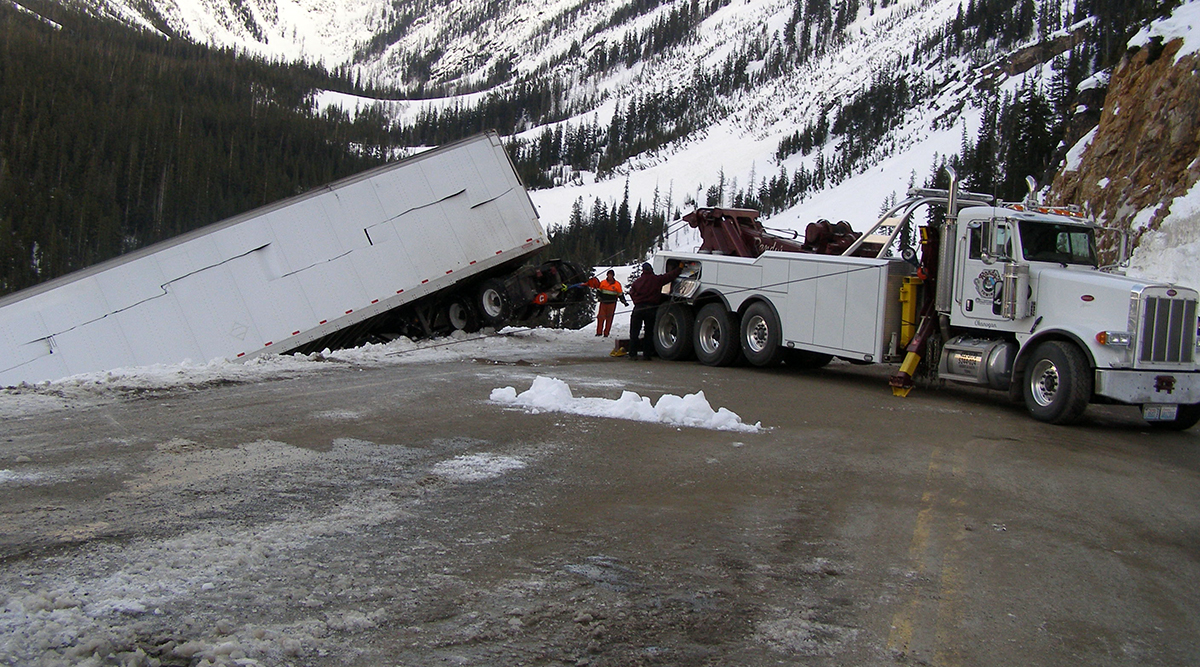 Reports of “outrageous overcharging” for non-consensual towing of damaged heavy-duty trucks and trailers removed from crash scenes are on the rise in some states, according to a recent survey by American Trucking Associations.

“Non-consensual towing is an area that federal law specifically leaves to state control, but few states have any regulation at all,” ATA said about the survey, which drew 169 respondents from all 50 states and the District of Columbia.

Non-consensual towing generally occurs when a police officer on the site of a crash contacts a towing company, often from a rotation list, to clear the roadway of damaged vehicles, trailers and even cargo.

“Our respondents cited a number of different ways in which excess fees show up — such as equipment and personnel charges, storage fees, and other add-ons — but an excessive base rate is the most frequent problem,” ATA said. “Carriers who have had trucks towed also tend to find a variety of problems when they try to recover their vehicles from impoundment, including access and release of cargo. Problems in the selection of towing companies center on how law enforcement refers them, but there are others as well.”

ATA said the survey respondents were mostly for-hire motor carriers, two-thirds of which operate fleets with at least 100 trucks.

Towing a damaged piece of heavy equipment can commonly cost a carrier from $10,000 to $50,000, and sometimes even more, said Bob Pitcher, ATA’s vice president of state laws.

In a statement, the Towing and Recovery Association of America, Inc. said that the vast majority of towing companies have honest billing practices.

“There are many expenses incurred by towing and recovery companies that may not be immediately apparent to the customer — such as wages for highly trained staff and corresponding employment costs, enormously expensive equipment costs, other business overhead, fuel, and insurance which has skyrocketed over the last few years,” the towing association said. “After paying these many expenses, it is not uncommon for a towing and recovery company to complete a job making little to no profit to invest back into the business.”

Pitcher said that only 10 states currently regulate police-dispatched heavy-duty non-consensual towing. But even in the regulated states, it’s difficult to make the enforcing agent “pay attention,” he added. “This is not a small problem.”

In other states without any towing regulation, a towing company can charge “whatever they like,” Pitcher said. “You want your truck back, you pay the bill,” he added.

“The biggest problems we see are up in the Northeast, in Pennsylvania, New Jersey, Massachusetts, and New York,” Mike Matousek, director of government affairs for the Owner-Operator Independent Drivers Association, told Transport Topics.

But overcharges are difficult to prove, no matter how apparent they may be, Matousek said. For instance, in a overcharge case in Arkansas, OOIDA had to use police logs and dash cam footage to show that a towing company dispatched only one tow truck, but billed the carrier for two tow trucks, and billed that carrier for twice as much time as it actually spent on the scene.

Gregory Fulton, president of the Colorado Motor Carriers Association, said his group’s members were frequently complaining about excessive towing rates until the state took action to regulate the industry.

Fulton said the business model for some of the towing companies has been dependent on how many times they got called out by police officers on a rotation.

“If they didn’t have a lot during the month, when it came toward the later part of the month sometimes we would get some extreme bills,” Fulton said. “It was like we have to make truck payments, or whatever. I’ve seen bills here up to $40,000 to $50,000. We thought we needed to bring some consistency to the process.”

He added, “Sometimes they’d be billing up to $1,500 an hour. I think the most creative charge I saw was paying for each link of the chain being pulled.”

Fulton said he still gets a steady stream of calls from out-of-state truckers complaining about high towing rates.

The good news is that his association hasn’t received a single call complaining about high tow rates since Jan. 1, he said.