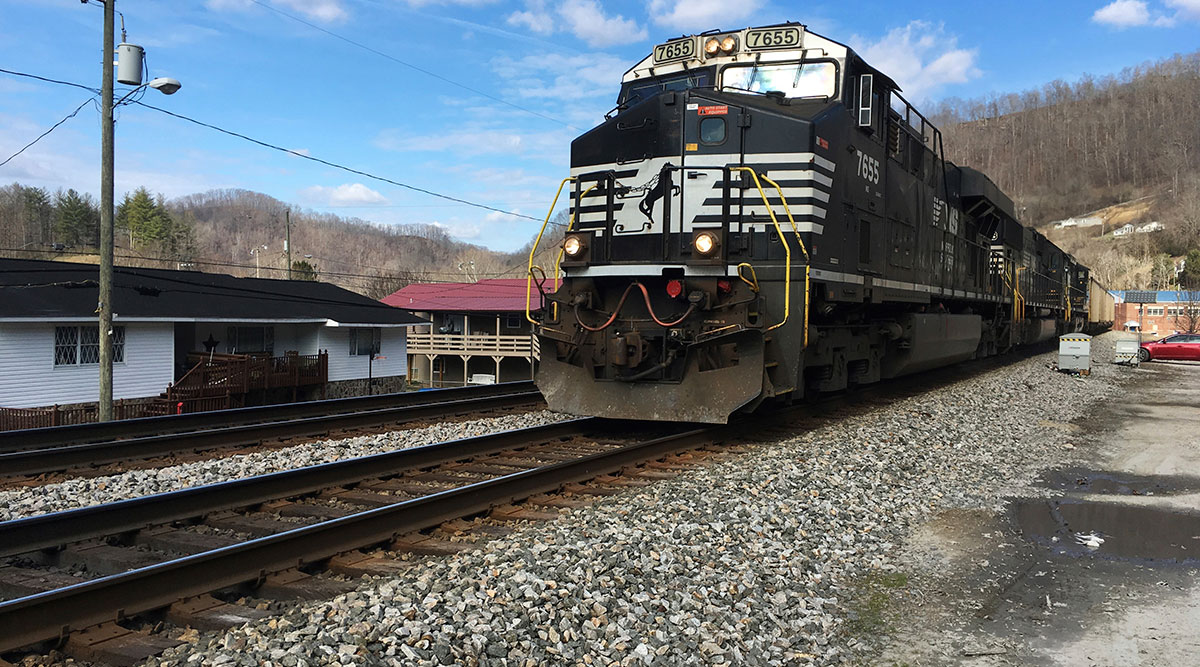 ATLANTA — Norfolk Southern Railway has filed a federal lawsuit against an Alabama company, claiming the company failed to use proper protective coating on more than 4.7 million wooden railroad ties.

Norfolk Southern says it is being forced to replace millions of defective railroad ties because they’re degrading faster than expected, the company said in a lawsuit filed this month in U.S. District Court in Alabama.

Instead of using materials that preserve the wood, officials with Boatright Railroad Products Inc. ordered workers to “make them black by whatever means necessary” so they appeared to be properly treated but were not, Norfolk Southern maintains in the suit.

“So long as the railroad ties had the same physical appearance as a tie that had been properly treated, it did not matter to defendants if the substance used to ‘make it black’ was actually a wood preservative at all.”

Motor oil, anti-freeze, paint and other substances that would not effectively preserve the wood were used on the ties instead of creosote — the chemical which should have been used, the company alleges.

Boatright also provided misleading samples to a consultant for the railroad who was checking on the quality of its work, the lawsuit alleges. The Alabama firm’s employees were instructed to take the consultant out hunting at the same time he was to be inspecting railroad ties being treated at the facility, the lawsuit states.

A lawyer who represented Boatright in previous legal matters didn’t immediately respond to a request for comment Oct. 30.

Properly treated rail ties are “crucial” to the railroad’s operations, as untreated ones can “degrade and deteriorate prematurely, thereby jeopardizing the safety and integrity of Norfolk Southern’s rail network and the interstate rail network as a whole,” the company’s complaint states.

Safety is a top priority, and Norfolk Southern “continues to inspect and closely monitor the condition of all cross ties across its rail network in accordance with the highest industry standards,” the railroad said in a statement Oct. 30 to The Associated Press.

“Any tie found to be experiencing premature degradation will be replaced before it can pose a risk to safety,” the statement said.

Several Amtrak routes use Norfolk Southern’s tracks for passenger trains. It’s possible that passengers could face some delays as ties are replaced, said Sean Jeans-Gail, vice president of government affairs and policy at the National Association of Railroad Passengers.

The state of the nation’s railroad tracks has come under scrutiny in recent months amid concerns about derailments of lengthy trains hauling oil or ethanol in the Midwest and the South. The National Academies of Sciences recently called for more thorough inspections of freight railroad tracks. More frequent inspections are needed to prevent potentially catastrophic derailments of trains hauling oil and ethanol in which ruptured tank cars can produce giant fireballs, the scientific organization said in a report this month.

From 2009 to 2014, Boatright provided Norfolk Southern with nearly 5 million railroad ties, and virtually all of them were installed in the railroad’s network, the lawsuit said. About 4.5 million of them are described as cross ties; and 193,000 are switch ties. Also included in the total are about 72,000 inferior bridge ties, according to the suit.