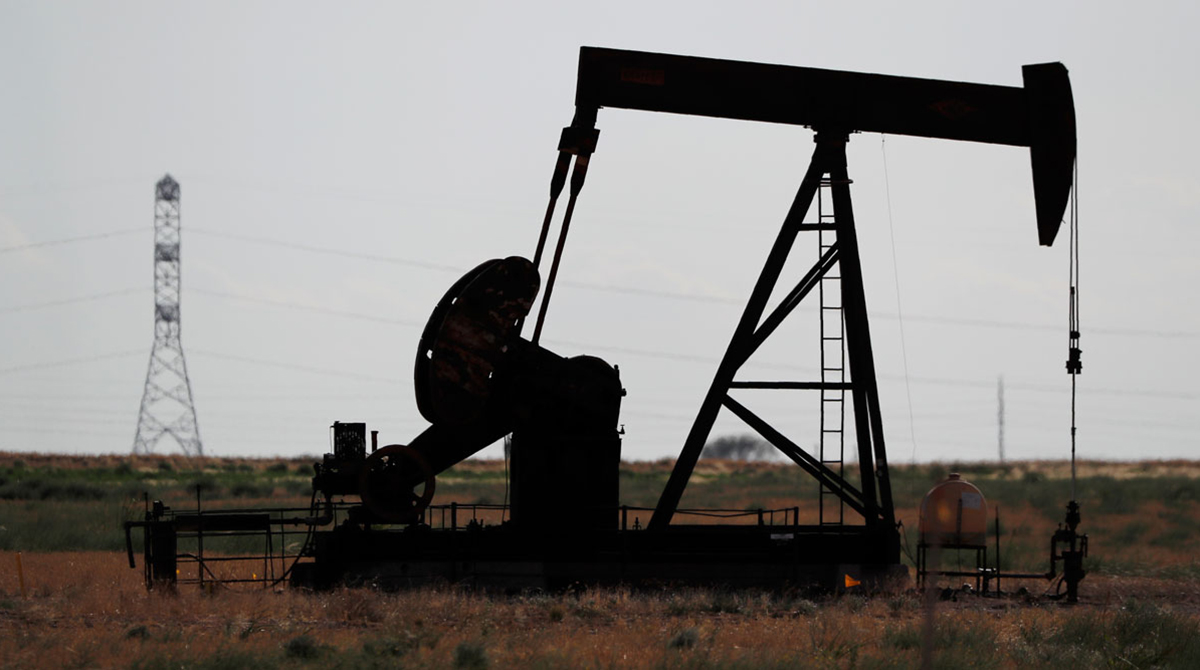 A pump jack operates in an oil field in Midland, Texas, on July 29. (Tony Gutierrez/Associated Press)

Output from the group fell by 920,000 barrels a day — the biggest drop in eight months — to 24.87 million a day, according to a Bloomberg survey. As promised, the kingdom slashed its production by almost 1 million barrels a day, or about 11%.

The Organization of Petroleum Exporting Countries and its allies have been constricting oil supplies since the pandemic crushed demand almost a year ago. To disperse the lingering stockpile surplus, the Saudis pledged extra reductions during February and March. Their efforts have paid off, reviving oil prices back to pre-crisis levels above $60 a barrel in London.

The 23-nation coalition will meet March 4 to decide whether it can relax some of the measures in April. It’s widely expected they’ll add 500,000 barrels a day of the 7 million barrels still offline, and that Riyadh will confirm the expiry of its additional million-barrel curb.

Russia, which jointly leads the alliance, has signaled it’s eager to proceed with a production increase. Saudi Arabia, wary that demand is still fragile and inventories plentiful, believes the producers should continue to be “extremely cautious.”

Illustrating that sense of vigilance, the kingdom cut output by 970,000 barrels a day in February to 8.15 million a day, according to the survey.

It’s based on ship-tracking data, information from officials, and estimates from consultants including Rystad Energy AS, JBC Energy GmbH, Rapidan Energy Group and Energy Aspects Ltd.

While Riyadh made even bigger sacrifices than required last month, OPEC members who have often lagged behind in their commitment once again strayed.

Iraq, which is supposed to be making extra compensatory cuts to atone for earlier overproduction, instead pumped more. Output rose by 40,000 barrels a day to 3.91 million a day, considerably above its mandated limit. As it reels from an economic crisis and reaches out to the International Monetary Fund for aid, Baghdad has put the need for revenues ahead of its obligations to OPEC.

Nigeria had shown signs of better discipline at the end of last year, and in recognition its oil minister, Timipre Sylva, was sent to guide other African OPEC members in improving their performance. Yet the country lapsed again in February, boosting output by 130,000 barrels a day to 1.6 million.

At the other end of the spectrum is Angola, which has lowered production far more than required by OPEC. Its output dwindled again last month, by 80,000 barrels a day to 1.1 million, the lowest in Bloomberg data going back to 2007.

Deficient investment has brought about a long-term slump in the oil industry of the country, which once vied with Nigeria as Africa’s top producer. Despite government efforts to stimulate activity, just a handful of drilling rigs now work in the deep Atlantic waters that hold the nation’s greatest resources.