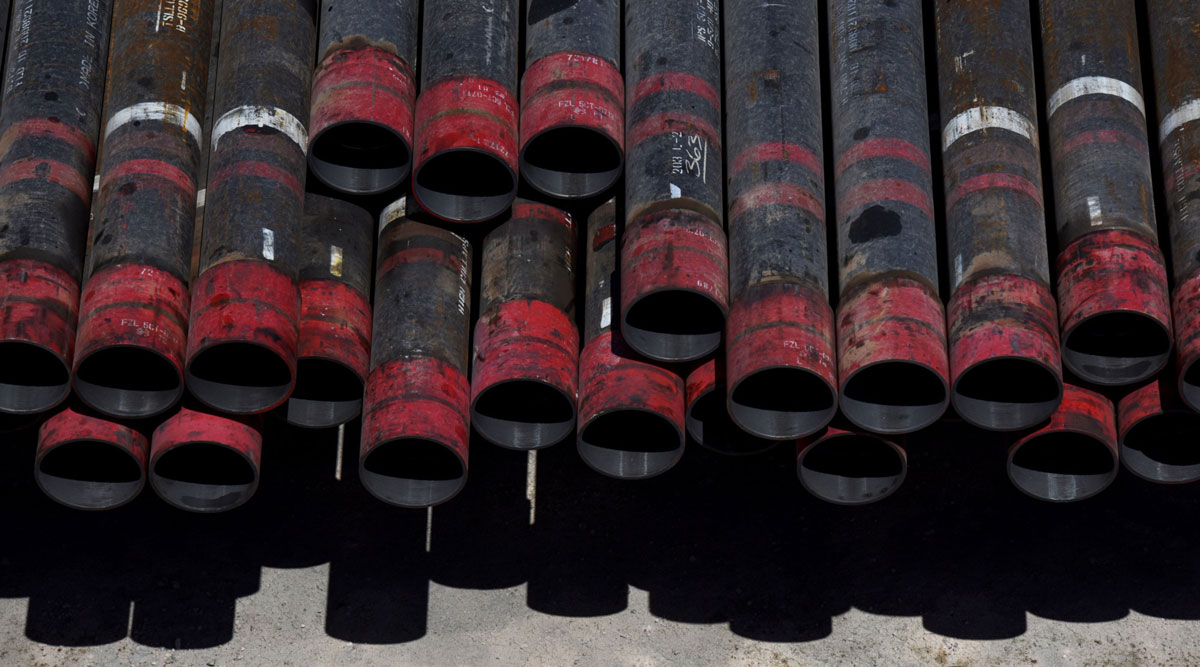 Oil's drop was tempered by WHO's decision not to declare China's coronavirus outbreak a global health emergency. (Callaghan O'Hare/Bloomberg News)

Oil slid to an eight-week low on concern that China’s coronavirus outbreak may dent demand. But the drop was tempered by an unexpected decline in U.S. crude inventories and as the World Health Organization opted against declaring the virus a global health emergency.

Futures sank 2% in New York on Jan. 23, paring an earlier 3.5% drop. The Energy Information Administration reported a 405,000-barrel decrease in crude stockpiles last week, in contrast to expectations for a build by analysts and the industry-funded American Petroleum Institute. A committee of experts convened by the United Nations health agency opted to continue monitoring the outbreak, which has killed more than a dozen people and sickened hundreds.

“The crude market is partly responding to that decision, somewhat of a muted move compared to the S&P,” said Rebecca Babin, senior energy trader at CIBC Private Wealth Management. “Regardless of what WHO says, the fact we may see demand be hurt is what the markets are really focused on.”

“The EIA data was constructive and favorable,” particularly since a crude stock draw was reported when the market was expecting an increase, said Brian Kessens, portfolio manager at Tortoise, a Kansas firm that oversees more than $21 billion in assets.

China, the world’s biggest oil importer, effectively quarantined a major city to contain the SARS-like virus, banning travel from Wuhan, a city of 11 million. The alert has overshadowed concern over the halt of exports from Libya and suspension of Nigerian Bonny crude shipments.

Oil is bearing the brunt of the anxiety due to the potential hit to travel, especially ahead of the Lunar New Year holidays, the biggest human migration in the world. Goldman Sachs Group Inc. predicts the virus may crimp global demand by 260,000 barrels a day this year — with jet fuel accounting for around two-thirds of the loss— if the SARS epidemic in 2003 is any guide.

West Texas Intermediate futures for March delivery slid $1.15 to settle at $55.59 a barrel on the New York Mercantile Exchange, the lowest close since Nov 29.

Brent futures for March settlement declined $1.17 to $62.04 a barrel. The global benchmark traded at a $6.45 premium to WTI for the same month.

“Once there is evidence that the outbreak is contained and thus the economic disruption is coming to an end, sentiment on oil should improve, bringing prices back up,” said Pavel Molchanov, energy research analyst at Raymond James & Associates Inc.

Libya’s eastern strongman kept virtually all of the nation’s oil fields shut, in a show of defiance after world leaders failed to persuade him to sign a peace deal ending the OPEC country’s civil war. Libya’s oil output plunged to the lowest level since August 2011, according to data compiled by Bloomberg.