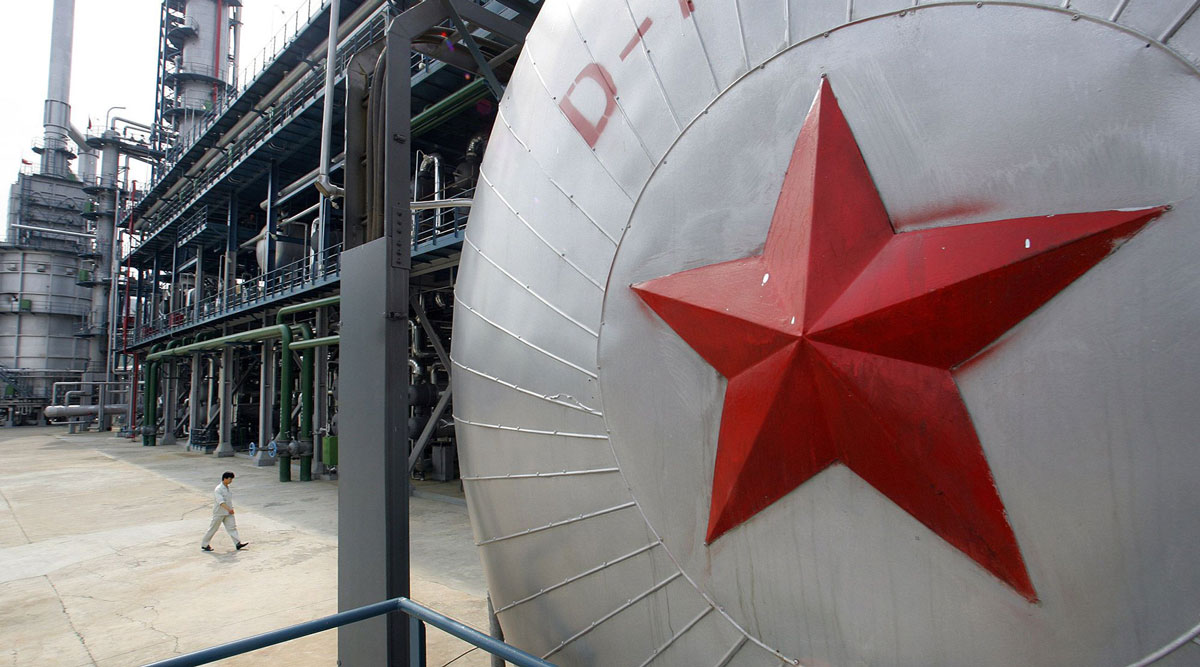 Oil traders in Asia are expecting refineries to cut operating rates and extend shutdowns as the spread of coronavirus stops people from flying or traveling by road.

The slowdown is likely as the profit from making high-value products such as jet fuel, gasoline and diesel are plunging due to travel restrictions, according to four people who trade, supply and refine crude across the region. Independent refiners, or teapots, are likely to be hit the hardest as they’re more exposed to domestic consumption, they said.

The market is scrambling to assess the impact of the coronavirus on China’s oil demand because of uncertainties around the spread of virus and how long travel curbs stay in place. In recent days, airlines have canceled more flights, buses have stopped running and shopping malls have been deserted as the number of infections surpassed that of the SARS epidemic in 2003.

“We would expect the main hit to be to refined product demand, although the current trajectory of refining margins could lead to run cuts and a reduction in crude demand as a secondary effect,” Morgan Stanley analysts Martijn Rats and Amy Sergeant said in a note. Diesel margins could stay pressured if weak local demand prompts more exports and winter conditions stay mild, they said.

The potential glut in transport and aviation fuel is coming at a time when Asia, the world’s no. 1 oil-consuming region, grapples with the aftermath of a protracted trade war between the U.S. and China. Refiners that had anticipated a surge in gasoil demand from new shipping fuel rules were also disappointed.

Estimates for the amount of demand lost due to the virus range from Morgan Stanley’s forecast of 160,000 barrels a day during the first quarter in a best-case scenario, to as severe as 2.6 million barrels a day in February, according to Claudio Galimberti, the head of demand, refining and agriculture analytics for Platts Analytics.

State-owned Chinese refiners may lower operating rates to under 70%, while independent processors in the eastern province of Shandong may cut runs to below 50%, industry consultant JLC said in a note. Some teapots may even prepare for a complete shut down depending on the speed at which the virus spreads.

“The first point of impact will be jet fuel and transportation fuels but it’s likely to see a knock-on effect across the barrel,” said John Driscoll, chief strategist at JTD Energy Services Ltd. “Refineries will maximize whichever fuel that has the best yield, but it’s unclear what that product may be right now.”

The price of grades such as Brazil’s Lula, Congo’s Djeno and Russia’s ESPO — which are popular with Chinese processors — can provide a proxy for the health of the refining sector, but trading activity has been thin due to public holidays.

The teapots, which account for one-fourth of China’s 16 million barrel-a-day refining capacity, are particularly vulnerable as many are located inland and supply fuels domestically, said traders who asked not to be identified as they aren’t authorized to speak to the media. Also, they can’t directly export excess fuel to international markets due to a lack of government-issued licenses and quotas, they said.

Stockpiles of gasoline and diesel in Shandong province — where most of the teapots are located — were above seasonal averages at the end of last year, according to Sublime China Information. China’s December daily oil-refining throughput climbed to the highest level in data going back to late-2012, Bloomberg data show.

“You have this black swan event: this unexpected low-probability, high-impact event that no one saw coming,” Driscoll said. “You’re going to see erosion in demand of crude and fuels.”