Oil Shrugs Off US Tariff Hike to Climb on Tighter Supply 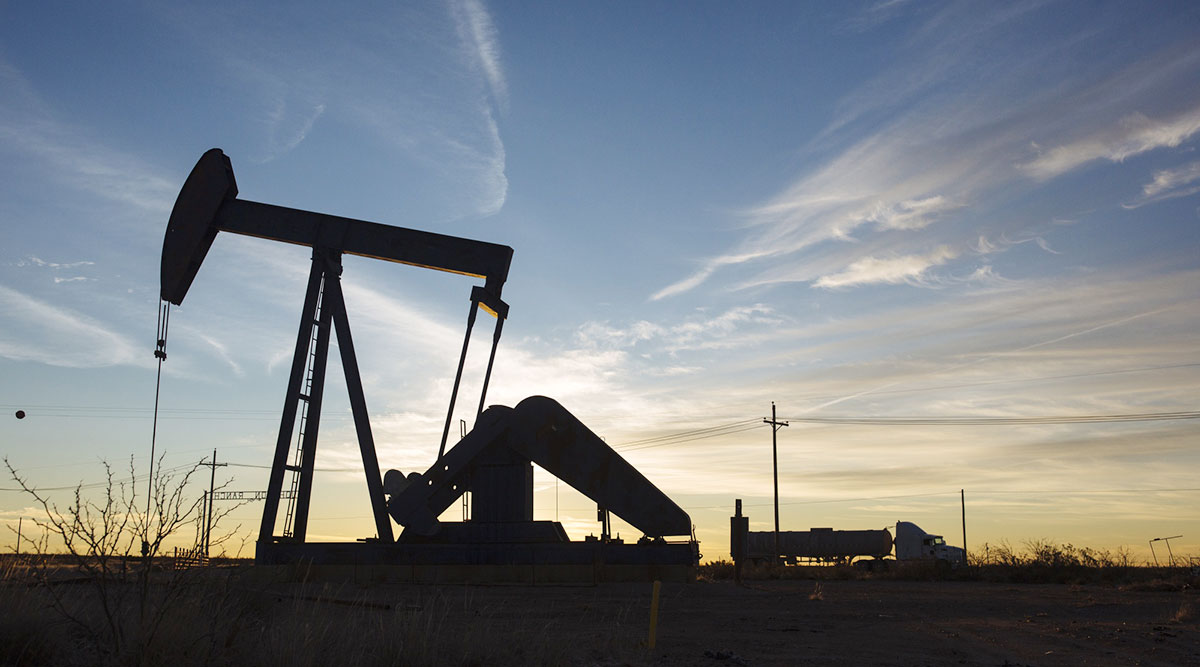 Oil pushed higher despite the U.S. imposition of higher tariffs on Chinese goods, as rising tensions in Iran and elsewhere kept the supply outlook tight.

Crude in New York advanced 0.3%, while changes in the pricing structure of Brent futures contracts in London gave a strong signal that supply was getting scarce. The trade war escalated as China said it would retaliate after U.S. tariffs on $200 billion of its imports were lifted from 10% to 25%. Yet that threat to oil-demand growth was offset by tanker data showing Iran’s shipments have tumbled this month, with not a single ship seen leaving the nation’s terminals for foreign ports.

Oil has swung between gains and losses this week as investors weighed the impacts of President Donald Trump’s foreign policies. Rising tension between Washington and Tehran, and the likelihood of output from Venezuela continuing to drop, are pointing toward tighter markets. Still, the world could need less oil than expected if the U.S. trade standoff with China hurts global economic growth. 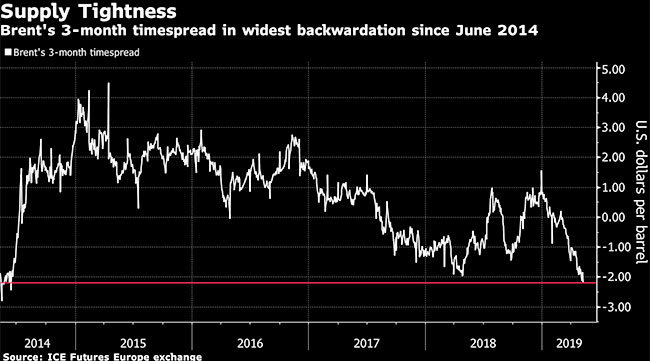 For now, the jump in the premium of July Brent crude over the August contract to $1 a barrel May 10 — a situation known as backwardation — suggests supply fears are the dominant force.

“Prices are finding fundamental support from the tightening supply, as also indicated by the pronounced state of backwardation in the Brent forward curve,” Commerzbank AG analysts including Carsten Fritsch wrote in a report.

West Texas Intermediate crude for June delivery rose 18 cents to $61.88 a barrel on the New York Mercantile Exchange after climbing as much as 1.3% earlier.

Brent for July settlement rose 44 cents, or 0.6%, to $70.83 a barrel on the London-based ICE Futures Europe exchange after closing little changed May 9. The global benchmark contract was trading an $8.81 premium to WTI. 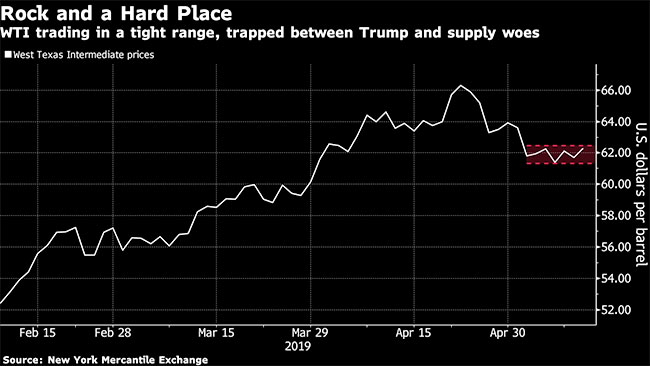 U.S.-China trade talks ended without resolution May 9, and negotiations are set to resume in Washington on May 10. There’s “no need to rush” a deal, Trump said, even though the uncertainty is roiling markets and clouding the global economy. “Tariffs will make our country much stronger, not weaker. Just sit back and watch!” he said on Twitter.

In addition to Iran and Venezuela, there has been unexpected disruption in oil supply in Russia and Nigeria, and it’s still uncertain to what extent Saudi Arabia will increase its production. Tight global supply is being reflected in Brent’s three-month oil time-spread, which is at the widest backwardation in almost five years.