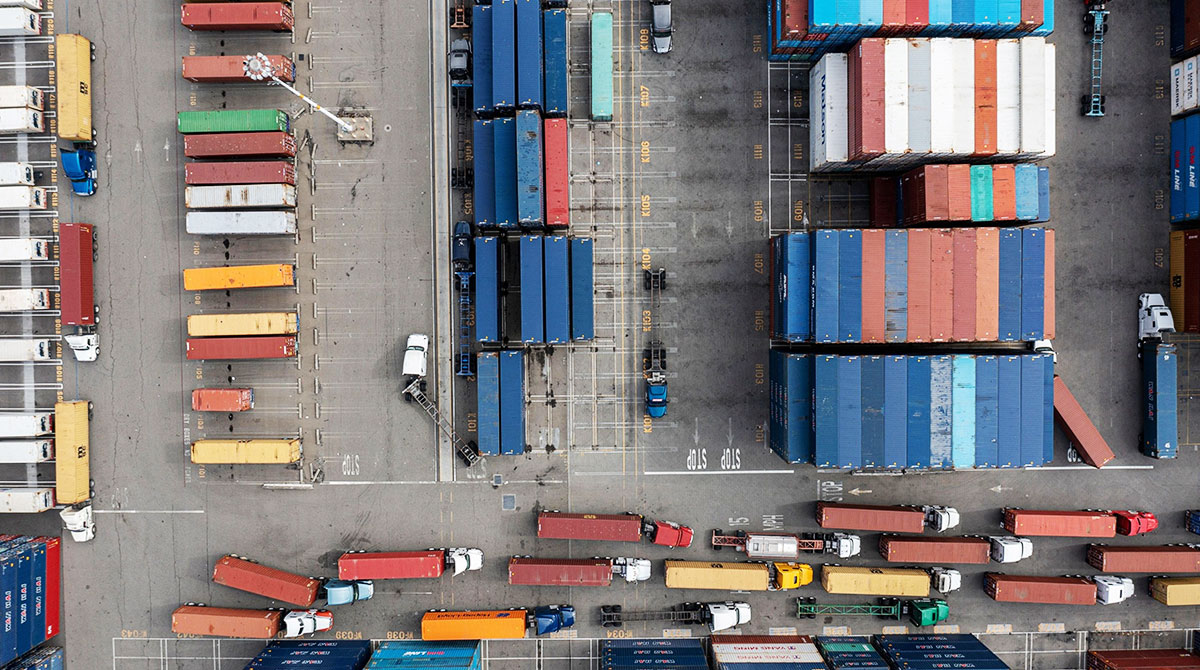 The Port of Oakland in Oakland, Calif. (David Paul Morris/Bloomberg)

Container traffic at the Port of Oakland is starting to pick up again amid the supply chain chaos.

Cargo imports handled by the Port of Oakland increased 6.5% in November from a year earlier, the hub said in an emailed statement Dec. 15. About 75 vessels stopped at the harbor last month, the most in six months. Still, export volumes declined 9.4% due to lack of ships heading to foreign markets, the port said.

The country’s busiest port complex of Los Angeles and Long Beach, in California’s south, is facing crippling delays, with transit time for vessels arriving from Asia more than doubling to 62 days compared with pre-pandemic levels. The port of Oakland has said that it has the capacity to help offset the port congestion in Southern California.

Officials at the Port of Oakland, about 400 miles north of the twin ports, say carriers are restoring service to northern California and also chartering their own Oakland-bound vessels in an effort to avoid the San Pedro Bay ports.

If the recovery holds up, 2021 could be Oakland’s busiest year on record, the port said. Total volume is currently up 1% this year.