Navistar Is Third OEM to Skip MATS in 2016 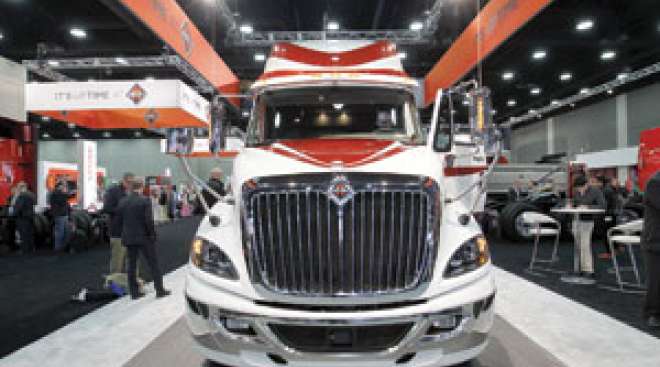 John Sommers II for Transport Topics
Navistar Inc. said it will not attend the 2016 Mid-America Trucking Show, making it the third major truck manufacturer to pull out of the event.

Daimler Trucks North America and Volvo Trucks previously said they would not be exhibiting at MATS next year.

“Navistar has been a strong supporter of MATS, participating every year since the first MATS in 1972. Their presence at the 2016 show will be missed,” said Toby Young, president of Exhibit Management Associates, which owns and operates the show held each year in Louisville, Kentucky.

DTNA, Volvo Trucks and Navistar have expressed support for the annual show to move to a biennial schedule, and all three said they plan to return to MATS in 2017.

Together, those original equipment manufacturers accounted for 63% of all Class 8 trucks sold in the United States in 2014, according to WardsAuto.com.

Despite the absence of those OEMs, Young said MATS organizers will continue as planned with sales beginning July 15 for the 2016 show.

“MATS has a contract with the City of Louisville and the Kentucky Exposition Center through 2020, so the show will continue on an annual basis as scheduled,” he said.

Mack Trucks, a sister company to Volvo Trucks, has not announced a decision regarding MATS; nor have Kenworth Truck Co. and Peterbilt Motors Co., which are part of Paccar Inc.