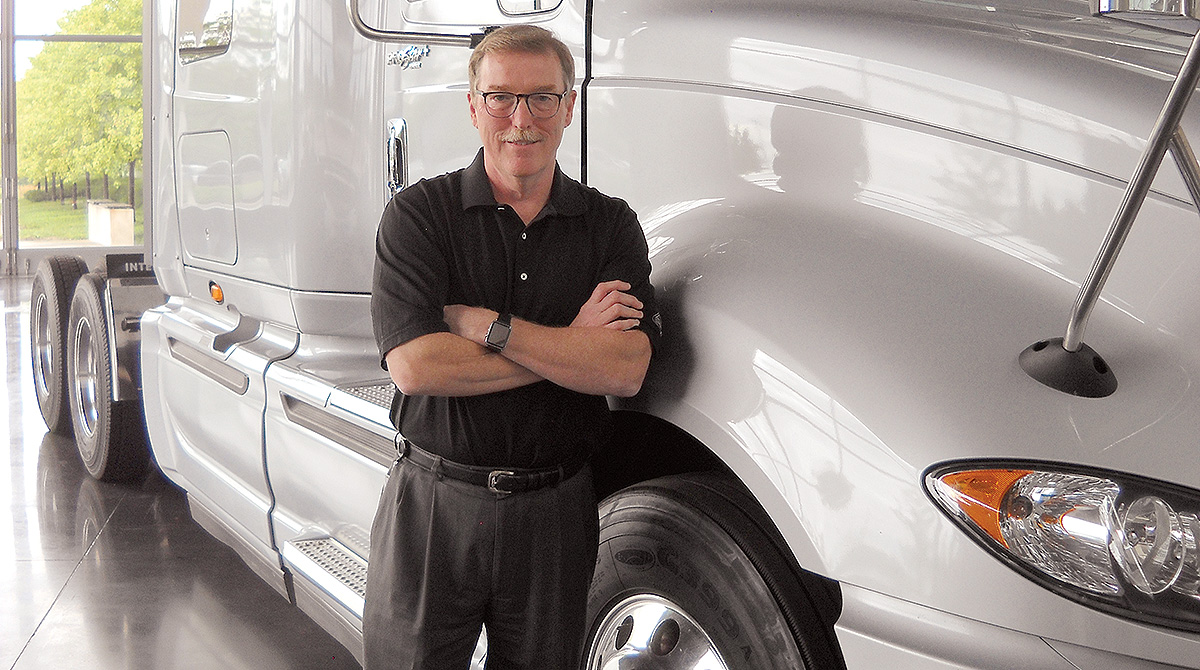 For the period ended April 30, Navistar posted a net loss of $48 million, or 48 cents per diluted share, compared with net income of $55 million, or 55 cents, a year earlier. The loss reflected a one-time charge of $159 million to address a legal class-action settlement and related litigation from legacy MaxxForce engines.

However, after adjustments for the lawsuits and other items Navistar recorded second-quarter net income grew 57% to $105 million compared with $67 million in the same period one year ago.

Revenue was $3 billion, up 24% compared with $2.4 billion in the second quarter last year.

The increase primarily reflects higher volumes in the company’s core Class 6-8 trucks and buses in the United States and Canada, where chargeouts were up 35%, according to the Lisle, Ill.-based company, maker of the International truck brand. Navistar defines chargeouts as trucks that have been invoiced to customers. The units held in dealer inventory represent the principal difference between retail deliveries and chargeouts.

“We had another great quarter,” Troy Clarke, Navistar chairman, president and CEO, said during the earnings call. “Total company revenues grew 24% and adjusted net income increased by 57%. This strong performance is driven by growth in core truck volume, which was up 35% year-over-year. Second-quarter retail market share was up across the board with Class 8 share up 1.6 points to 14.5% and medium share up 3.5 points to nearly 30%. We’re not finished. Our Class 6 through 8 truck order share doubled to 28%. Additionally, the production ramp or acceleration of the new Class 4-5 truck is almost complete.”

For the six months, the company’s losses doubled to $37 million, or 37 cents, compared with a loss of $18 million , or 18 cents. On an adjusted basis, however, results were that net income surged to $162 million from $43 million the year before. Revenue for the period was $5.43 billion compared with $4.33 billion.

Clarke added that the U.S. economy remains very healthy but is showing signs of slowing, with key economic indicators mixed amid forecasts that suggest risks to GDP growth in the upcoming quarters.

At the same time, since industry production has been strong, he said, the company raised its 2019 full-year industry and financial guidance:

Clarke said it was too early to comment on the impact of proposed tariffs on goods from Mexico. The company is working with its trade associations and continues to monitor the situation. “As you would expect, we are working to understand those potential impacts.”

Not counting the cutaway van business that it does for General Motors, “right now, the effective capacity we have is about two-thirds in Mexico and one-third in the United States. We do have some level of flexibility between our operations, but not total flexibility, and I think again that gives you a sense as to the type of footprint that we have,” Clarke said in response to an analyst’s question.

Meanwhile, truck segment revenue increased 35% to $2.3 billion compared with a year earlier, due to higher volumes in the company’s core markets, an increase in sales of GM-branded units manufactured for GM, and an increase in Mexico sales. This was partially offset by the impact of the sale of a majority interest in Navistar Defense and a decrease in export sales.