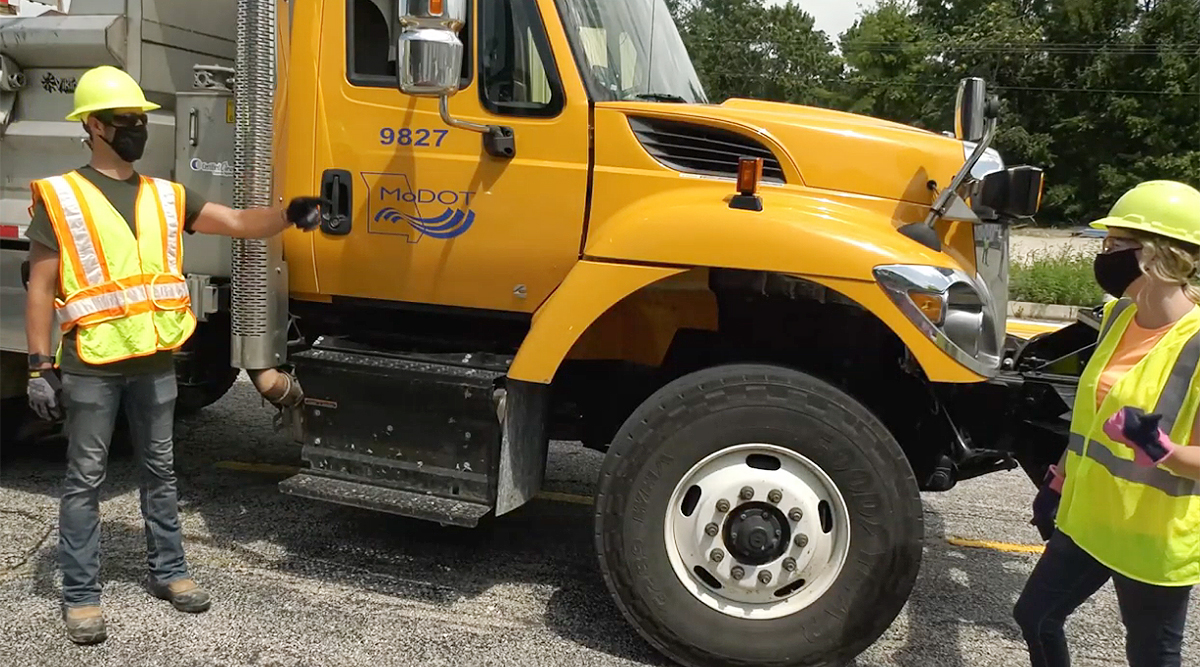 Average salary for Missouri Department of Transportation workers ranks 49th in the country according to OpenPayrolls. (MoDOTvideo/YouTube)

JEFFERSON CITY, Mo. — The Missouri Department of Transportation is requesting a $70 million infusion of cash to boost the pay of its workforce and hire more employees.

At the same time motorists began paying 2½ cents per gallon more at the gas pump, the agency that builds and maintains roads and bridges submitted the request to the governor’s budget office, arguing that turnover within the agency and a planned ramp-up of construction projects in the coming years make the added cost necessary.

“This expansion item will allow MoDOT to improve employee retention and reduce costs associated with employee turnover,” the request notes.

On Oct. 1, motorists began paying a higher tax on gasoline for the first time in a quarter century when the state’s 17-cents-per-gallon excise tax on fuel jumped 2½ cents.

But MoDOT says without changes in its budget in the fiscal year beginning July 1, 2022, the agency is going to be strapped by the ongoing departure of employees.

It’s a familiar lament among agency officials across state government, which pays among the least in the nation to its workforce. Attempts to increase the pay at a number of agencies have been made in recent years, but the turnover rate continues to rise.

In a ranking released earlier this year, OpenPayrolls, the largest nationwide public salary database in the United States, reported that Missouri’s average salary $28,871 ranks only higher than Colorado.

The average salary for MoDOT maintenance workers stands at about $31,000 per year, or just under $15 an hour.

That is being blamed for a high turnover rate among more than 5,000 salaried employees. Budget documents project the rate will rise from 10% in 2017 to nearly 14% by 2023. For first-year employees, the agency says as many as 30% haven’t lasted a full year.

That churn comes with a cost related to training and hiring. MoDOT said it paid out $34.5 million in turnover costs in the fiscal year that ended June 30.

For the workers, the low pay means going on food stamps and getting second jobs, the budget request notes.

As of July 20, 13.1% of the department’s employees could be eligible for Supplemental Nutrition Assistance Program benefits based on a four-person single-earner household. An estimated 10.5% of MoDOT employees also work for a second employer as of December 2020.

In addition to improving pay levels, MoDOT is seeking money to hire 107 full-time employees to “deliver and maintain a larger construction program.”

Portions of the $13 million in added costs could be paid out of federal emergency stimulus funds, as well as state tax dollars, the request says.

While the higher gas tax is expected to trigger an increase in road and bridge construction, there is a mechanism for motorists to avoid paying it.

After a fill-up, drivers may save purchase receipts and fill out an online form at the start of each state fiscal year to earn a refund on the new taxes paid the previous fiscal year.

The fuel tax is expected to raise more than $77 million in the nine months the tax will be in effect for the current fiscal year, according to a nonpartisan analysis by legislative researchers.

In fiscal year 2023, analysts said the tax could generate $206 million. By fiscal year 2027, when the tax is fully implemented, the analysis said the increase could raise more than $500 million.