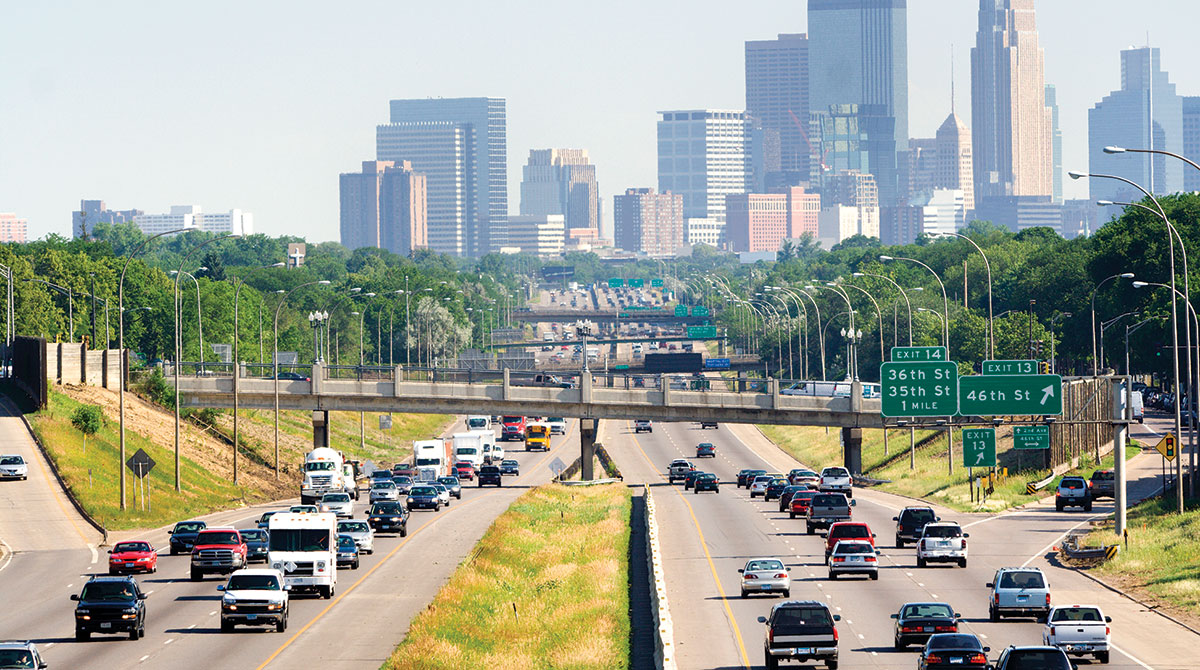 Traffic in Minneapolis before the pandemic. State officials say traffic has slowed somewhat due to the outbreak. (Getty Images)

The Minnesota Department of Transportation unveiled the 188 road and bridge projects it will undertake during this year’s construction season.

The agency on April 2 announced the spate of projects, which are meant to improve safety and support construction jobs. According to MnDOT, some of the projects are proceeding ahead of schedule because of reduced traffic volumes that have resulted from the coronavirus pandemic.

According to the Minnesota Department of Health, 789 positive cases of COVID-19 have been reported in the state as of April 3.

“It is critical that MnDOT continue its work to maintain and improve our state’s transportation infrastructure,” MnDOT Commissioner Margaret Anderson Kelliher said. “A safe, reliable and multimodal transportation system is essential to keeping our state running in times of crisis.”

Gov. Tim Walz signed an executive order March 25 directing anyone who can work from home to do so. However, certain “critical sectors” are exempt, including people who work in health care, law enforcement, agriculture, transportation and logistics. Workers engaged in roadway construction, maintenance and utility projects are considered exempt. 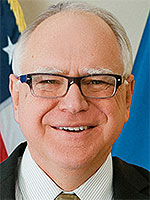 “MnDOT construction projects will continue as scheduled and within the guidance set by state and federal health officials to prevent further spread of COVID-19,” Kelliher said. “We are especially grateful to our employees and partners in labor and the private sector for working together and prioritizing safety for workers on project sites.”

Besides the road and bridge efforts, MnDOT plans to work on 66 projects meant to improve airports, ports, transit and railroads.

Several of the projects for this season’s construction program will take place in the Twin Cities metropolitan area. One involves resurfacing a stretch of state Route 5, which runs through downtown St. Paul and forms a link to the Minneapolis-Saint Paul International Airport. Another resurfacing effort will take place along Interstate 94, which crosses the Mississippi River and winds through downtown Minneapolis.

The agency also is working to construct a MnPASS express lane in each direction on the stretch of I-35 West between Roseville and Blaine. I-35 is a north-west route that passes through Minneapolis and terminates in Duluth. I-35 bifurcates in the Twin Cities area, splitting into I-35 West and I-35 East. The segments reunite about 26 miles north of downtown Minneapolis.

In the northwest part of the state, MnDOT is working with county and city government agencies to conduct eight projects in the Thief River Falls area. Located about 50 miles from the North Dakota border, Thief River Falls has a population of fewer than 9,000. The projects include constructing roundabouts, resurfacing roads and replacing culverts.

In southern Minnesota, MnDOT plans to resurface pavement and repair bridges along 16 miles of I-90 between Fairmont and Blue Earth, which is home to a statue of the Jolly Green Giant.

MnDOT also is constructing a new rail line in Willmar, which is about 95 miles west of Minneapolis. The project involves realigning U.S. Route 12 and reconstructing state Route 40.