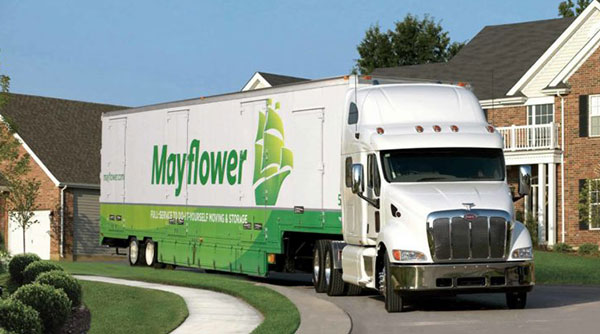 “There’s no place like home — but how do you find ‘home’ after relocating?” the company asked its customers. “The new customer data and survey findings by St. Louis-based Mayflower reveals how Americans are defining their identities in new places amid the great reshuffling across the nation.”

The survey was conducted for Mayflower by True Global Intelligence, the in-house research practice of FleishmanHillard. It surveyed more than 1,000 U.S. adults who moved more than 300 miles from July 2019 to July 2021. The results are representative of the U.S. population by gender, generation and U.S. Census region, the company said.

There’s no place like home But how do you find “home” after a move? Read on to find out where people are moving and how location shapes our identities. https://t.co/hXTyxgnLDm

The survey also showed that:

• Millennials (76%) are the most likely generation to consider moving back to a city they lived in before, compared with 66% of Gen X, 59% of Gen Z and just 37% baby boomers.

• About two thirds (67%) indicate the weather as a top influence, followed by proximity to parks, green spaces and nature trails (61%).