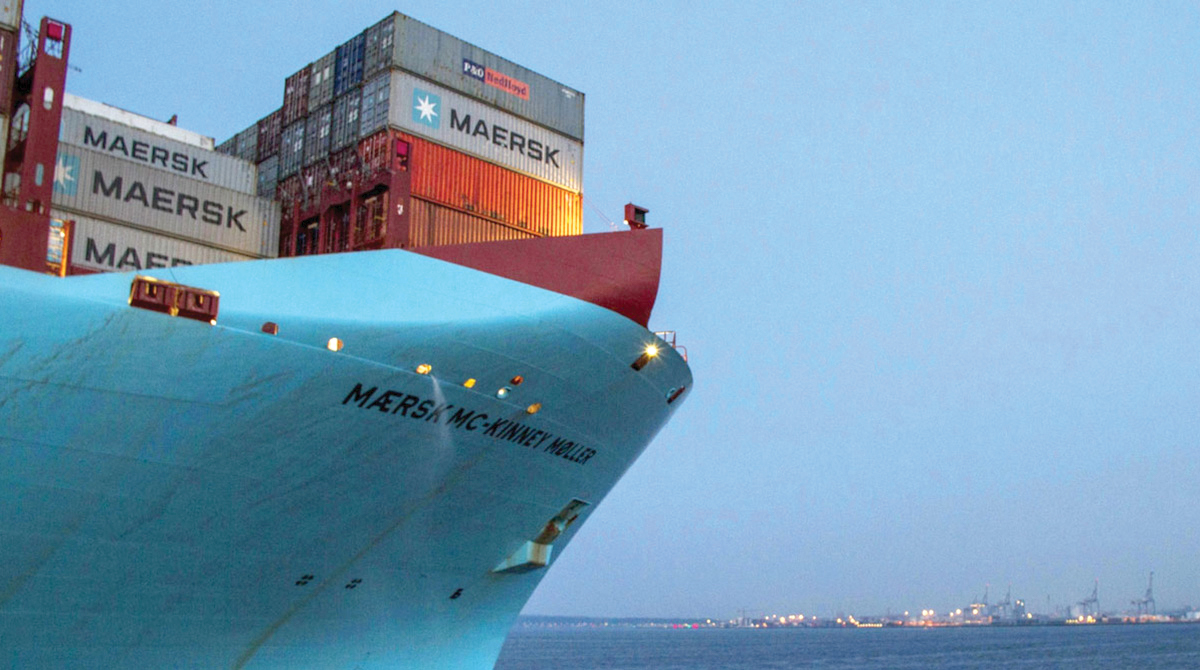 A.P. Moller-Maersk A/S said it had to divert some ships from the U.K.’s largest container port because of congestion tied to a trucker shortage that’s clogging the flow of cargo boxes into and out of the country.

The Copenhagen-based shipping line, the world’s largest, has sent some bigger ships to other European ports and relied on smaller feeder vessels to bring containers through British export and import terminals, according to Lars Mikael Jensen, head of Maersk’s global ocean network. His comments were reported earlier in the Financial Times.

According to Logistics UK, an industry group, some of its members are struggling to find drivers to pick up and deliver containers, which is causing a backlog at the Port of Felixstowe that prevents new loads from being landed. There are also issues with finding drivers to work in the port itself, said Alex Veitch, deputy director of public policy at Logistics UK.

“The logistics industry is resilient and adaptable, and Logistics UK would like to provide reassurance that everything possible is being done to mitigate the situation,” Veitch said. “Businesses are working tirelessly, around the clock, to find alternative routes to bring goods to the U.K. while the situation at Felixstowe eases.”

Felixstowe is run by Hutchison Ports. A spokesman attributed the port’s difficulties to the global supply chain crisis — and specifically to pre-Christmas ordering, trucking shortages, congested inland terminals and unpredictable vessel arrivals. He said the situation is improving, with more spare space for import containers this week than at any time since early July.

Veitch said the government could take steps like speeding up the processing for the driver-testing backlog, expanding the remit of the temporary visa program for European Union drivers to encompass all types of haulage, and providing short-term assistance for businesses to move containers to inland facilities.

Britain’s port problems are linked to disruptions that have roiled trade globally for more than a year and have been compounded by Brexit. Other major European gateways for international commerce are feeling the strains.

At the Port of Rotterdam, which sees an average of 80 ships a day, officials are confident they’re handling cargo as quickly as possible, by urging an increase in container bundling, ensuring smoother connections to inland terminals and using digital planning tools to speed the exchange of goods.

“Post-COVID investment, production and trade volumes are picking up,” Rotterdam spokesman Leon Willems said in an email. “Ever since COVID hit the global supply chain, there has been a geographical imbalance between empty containers and fully loaded containers. We expect this imbalance to continue well into 2022.”

Shipping Watchdog Urged to Speed Up Pace on Emission Curbs