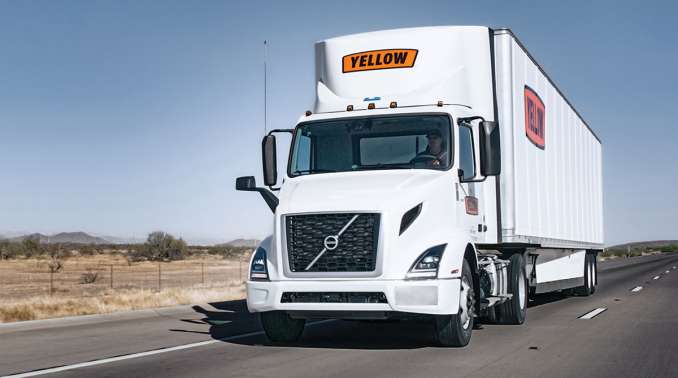 Wall Street analysts told CNN the expectation was that Yellow would generate $1.4 billion in revenue and report 45 cents per share in the quarter

Operating ratio improved to 93 from 97.9 in the year-earlier period. Operating ratio measures a company’s expenses as a percentage of revenue and determines efficiency. The lower the ratio, the better the company’s ability to make a profit. 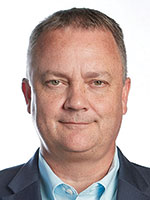 “Strong yield and efforts to manage the use of purchased transportation helped Yellow achieve its highest quarterly operating income in 15 years,” CEO Darren Hawkins said in a statement. “Elevated demand for LTL capacity continued during the quarter, which drove the favorable pricing environment. On the cost side, purchased transportation expense was down to 14.5% of revenue in the second quarter compared to 16% a year ago.”

As another indication of the company’s improving financial condition, stock monitoring company Seeking Alpha noted that during the last year Yellow has exceeded the EPS estimates 75% of the time and beaten revenue estimated 100% of the time.

For the past several years, Yellow has been in the midst of putting all of its business divisions — Holland, New Penn, Reddaway, YRC Freight and Yellow Logistics — under one operating system called One Yellow.

The company believes getting all the companies on the same platform will significantly improve profitability and efficiency. Hawkins said the transition will be complete this summer, with the integration of the Reddaway Western network. The entire process is set to be wrapped up by the end of the year.

“We remain focused on integrating the four operating company networks into a single LTL network with national coverage, servicing regional and longhaul lanes. We expect to execute the integration of phase one in the western U.S. this summer, with the transformation of the entire network to be completed around the end of the year,” Hawkins said. “When this transformation is completed, our customers will benefit by interacting with North America’s second largest super-regional LTL network for both regional and longhaul shipments.

Yellow said its revenue per every 100 pounds shipped, otherwise known as hundredweight, soared by 29.7% year-over-year.

The higher price of diesel fuel was a major factor in the increase with nearly 50% of that rise coming from fuel surcharges that jumped in the second quarter. Revenue per shipment climbed nearly 28% year-over-year, and the company said half of that increase came from fuel surcharge revenue.

Yellow Corp. ranks No. 10 on the Transport Topics Top 100 list of the largest for-hire carriers in North America.