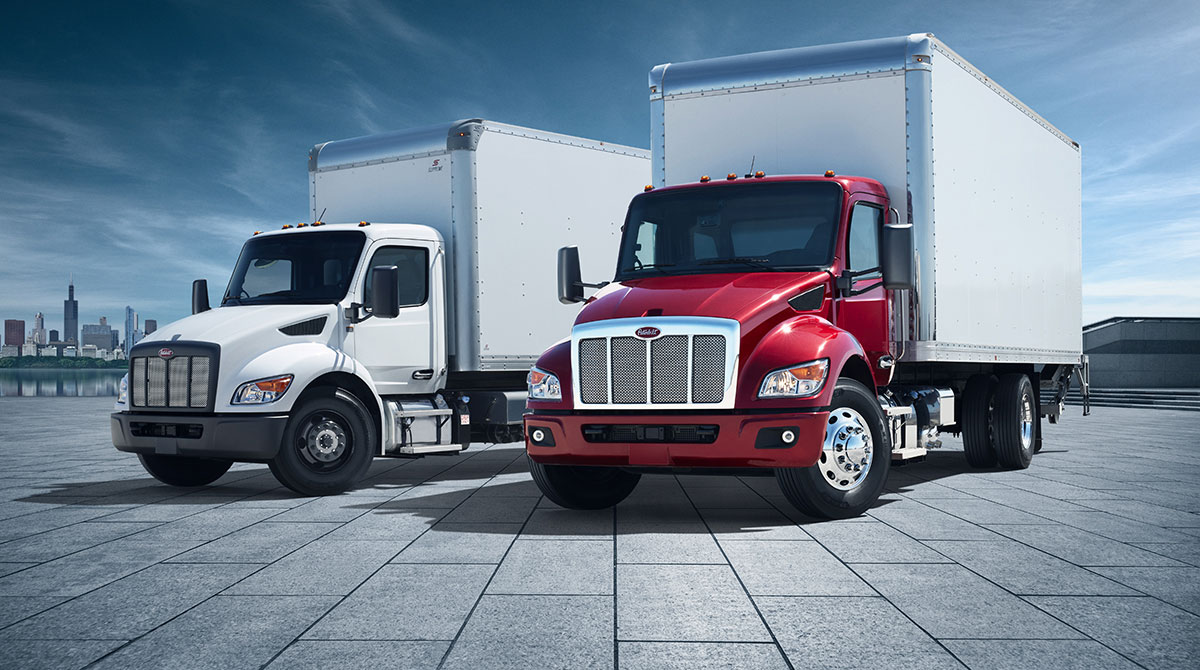 Classes 4-7 U.S. retail sales rose in June to the second-highest level of the year as they cleared 20,000 units, with all segments improving over the same period last year, WardsAuto.com reported. 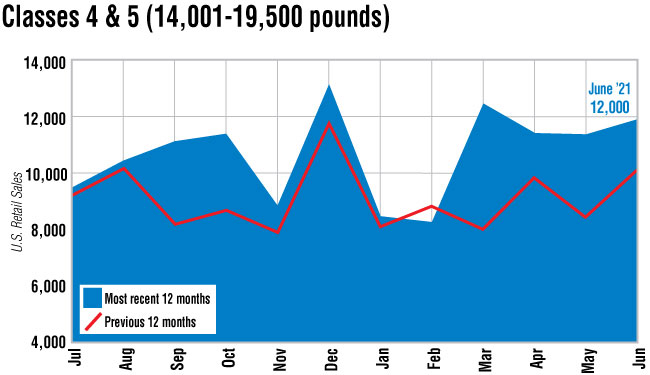 The level of medium-duty demand mirrored what occurred with Class 8 sales in June — also the second-highest of the year, trailing only March, according to Wards.

“We are students of understanding the seasonal fluctuations in the marketplace, and June is typically the second- or third-highest month of the year,” ACT Research Vice President Steve Tam told Transport Topics.

He said fleets are notoriously consistent with their replacement cycles, especially the private fleets, and even the large lease and rental companies. “They are creatures of habit. So they do the same thing at the same time every year.” 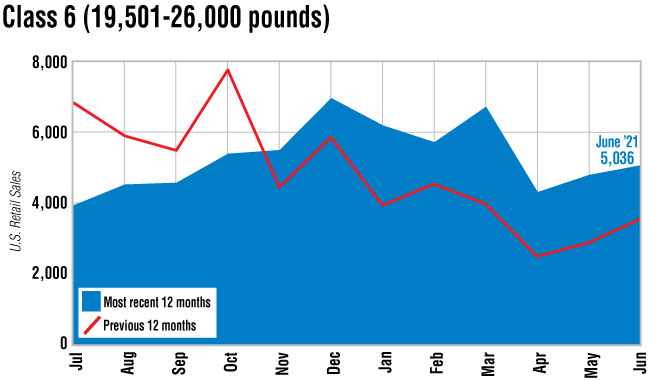 Freightliner, International and Ford Motor Co. once again vied closely for the most sales, and collectively controlled 76.2% of the segment.

Freightliner is a unit of Daimler Trucks North America. International is a brand of Navistar Inc. 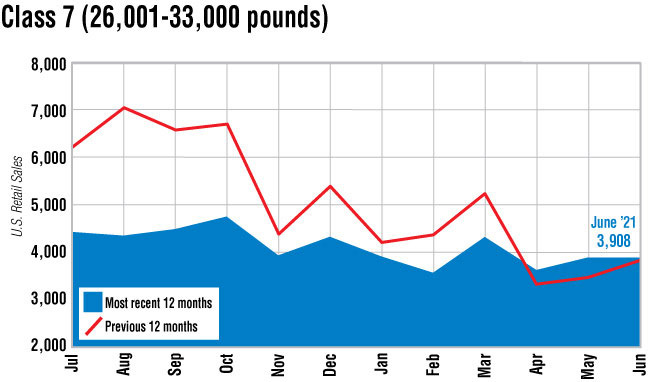 In related news, Stellantis, parent company of the Ram brand, which had the second-highest number of sales in Class 5 in June, reported it is committed to offering fully electrified solutions across all 14 of its brands.

“I am almost astounded at the level of interest in battery-electric vehicles we are seeing and the rate at which it is growing,” Tam said. “It is going to be particularly interesting to see that as a work truck (cherry pickers or bucket trucks) because it is essentially a mobile generator, except you don’t have to have a generator. You’ve already got it.”

#StellantisEVDay2021 | Carlos Tavares: “Our #electrification journey is quite possibly the most important brick to lay as we start
to reveal the future of #Stellantis" pic.twitter.com/gg87lEqYR4 — Stellantis (@Stellantis) July 8, 2021

Stellantis, based in Amsterdam, reiterated its commitment to growing its commercial vehicle leadership in Europe and strengthening its position in North America while aiming to be the global leader in e-commercial vehicles.

“Our electrification journey is quite possibly the most important brick to lay as we start to reveal the future of Stellantis just six months after its birth,” said CEO Carlos Tavares.

Stellantis is the name of the company resulting from the January merger of PSA Group and Fiat Chrysler Automobiles.