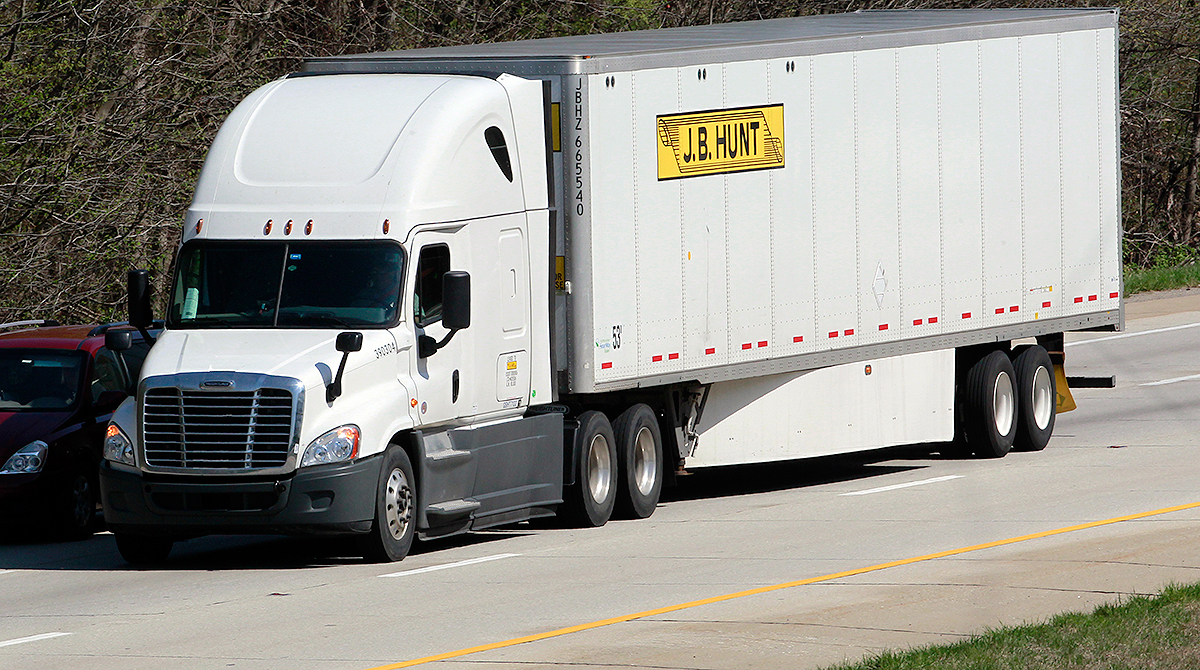 J.B. Hunt Transport Services reported mixed results in the fourth quarter of 2018, with a slump in intermodal shipments and charges related to an ongoing arbitration dispute with BNSF Railway overshadowing strong gains in its dedicated contract carriage, freight brokerage and over-the-road trucking businesses.

Results for both years are distorted by one-time charges. The company took a charge-off of $134 million in the fourth quarter for continent liabilities related to a dispute over terms of a revenue-sharing agreement with its primarily rail partner. In 2017, the company recorded a one-time gain of $309.2 million to reflect a decrease in tax liability due to passage of the Tax Cuts and Jobs Act.

J.B. Hunt Dedicated Contract Services generated operating income of $59.4 million, up 70% from $34.9 million a year ago. Revenue increased 25% to $596 million from $477 million. Revenue from final-mile delivery services increased by $17 million in the fourth quarter compared with a year earlier, and the company added a net 1,388 revenue-producing trucks last year.

J.B. Hunt Integrated Capacity Solutions generated operating income of $16.1 million in the fourth quarter, a gain of 43% from $11.3 million in the comparable period in 2017. Gross revenue climbed 7% to $345 million from $323.2 million. Gross margins increased to 16.9% in the fourth quarter compared to 14.1% a year ago, as the company benefited from rate increases on contract freight.

J.B. Hunt is the nation’s largest intermodal service provider and dedicated contract carrier. The company ranks No. 6 overall on the Transport Topics Top 50 list of largest logistics companies in North America and No. 4 on TT’s Top 100 list of largest for-hire carriers.