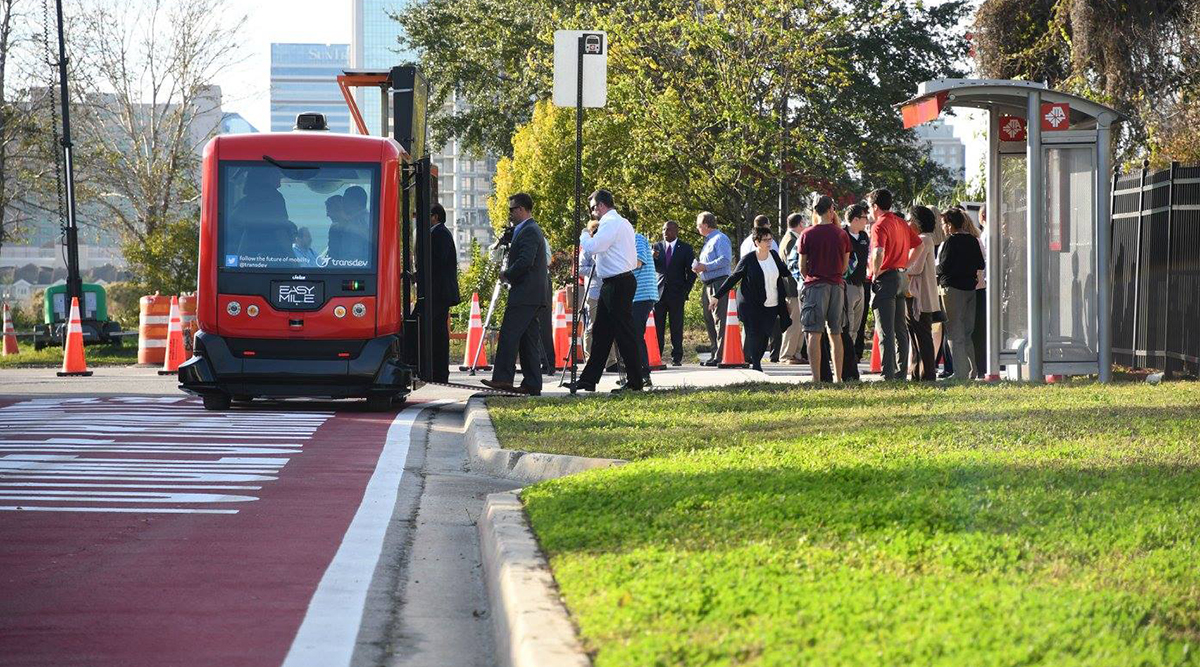 The self-driving vehicle starts moving as silently as the computer that operates it and the electric battery that powers it.

There is none of the hiss that accompanies a train on electrified rails.

This transit vehicle runs on rubber tires and pavement as it glides down a test track opened Dec. 20 by the Jacksonville Transportation Authority.

It’s not the most glamorous ride. The vehicle itself has a sleek design but doesn’t make Skyway trains look yesteryear.

The futuristic appeal of the autonomous vehicles that began operating Dec. 21 on the JTA test track is the prospect that eventually hundreds of them could be shuttling passengers around downtown in a technologically sophisticated network using the existing Skyway structure, which is elevated above streets, and also cruising at street-level to more parts of downtown and outlying neighborhoods like Brooklyn, Springfield, LaVilla and San Marco.

In four to five years, JTA plans to retire the Skyway trains and replace them with the autonomous transit shuttles.

JTA will to give the public a chance to hop on those vehicles and sound off about about different models that will be rotating through a demonstration track off Bay Street at the sports complex.

RELATED: Foxconn to use driverless vehicles for thousands of workers at new Wisconsin factory

“What we will learn over the next two years will help set the platform of public transportation in Jacksonville for decades and generations to come,” JTA CEO Nat Ford told a crowd that gathered at Intuition Ale Works before crossing Bay Street to the test track.

The automated-vehicle technology already has advanced far enough that the vehicle at the test track follows the route down to the centimeter, Ford said.

He said JTA will explore a host of questions about how the vehicles would mesh with the authority’s transit plan. The testing and research also will delve into safety issues for ensuring that technological malfunctions don’t pose safety risks to riders. 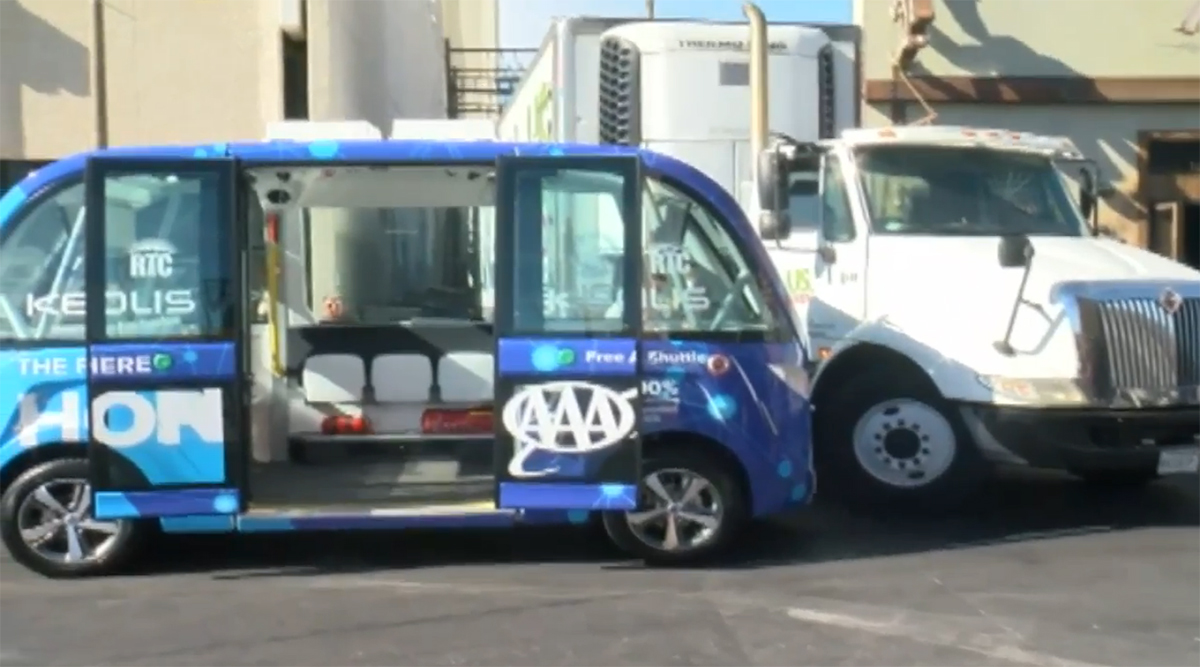 “We need to really look at the ‘what if’ scenarios and work our way through that,” Ford said Dec. 21 at the test track.

Part of that analysis will involve cybersecurity to prevent someone from hacking into the onboard computer programs that guide each vehicle.

Ford said the testing also will give JTA an opportunity to keep up with the latest advancements in the rapidly changing field of autonomous vehicles.

Automobile manufacturers are investing hundreds of millions of dollars into research and development for autonomous vehicles, said Brad Thoburn, vice president of long-range planning and system development for JTA.

“There’s a lot happening in this industry,” Thoburn said.

He said JTA is in a “sweet spot” because the elevated structure for the Skyway will make it possible to take advantage of the technology while research continues for enabling the vehicles to carry passengers on streets with other traffic.

The state Department of Transportation and the Federal Transit Administration are keeping tabs on JTA’s testing and research, he said.

For members of the public, JTA will start by inviting different groups, such as senior citizens and disabled people, to try out the test vehicles. Regular operations will start in February and JTA will open the shuttles for rides during planned events. The authority also will schedule demonstrations for interested schools, business groups, and other organizations.

The test track is an existing stretch of pavement, and for now, it’s a there-and-back ride on a straightaway at a cautious speed of 10 miles per hour. Every six months, JTA will bring a different model for testing and let the public weigh in each as the testing gets more complex.

JTA expects to keep operating the Skyway for another four to five years. During that time, the authority will develop specifications for the automated vehicles. At this point, JTA doesn’t have an estimated cost for converting the Skyway system. The basic concept would involve removing the concrete beams that guide that Skway trains so the elevated structure would have an entirely flat surface for the automated vehicles.