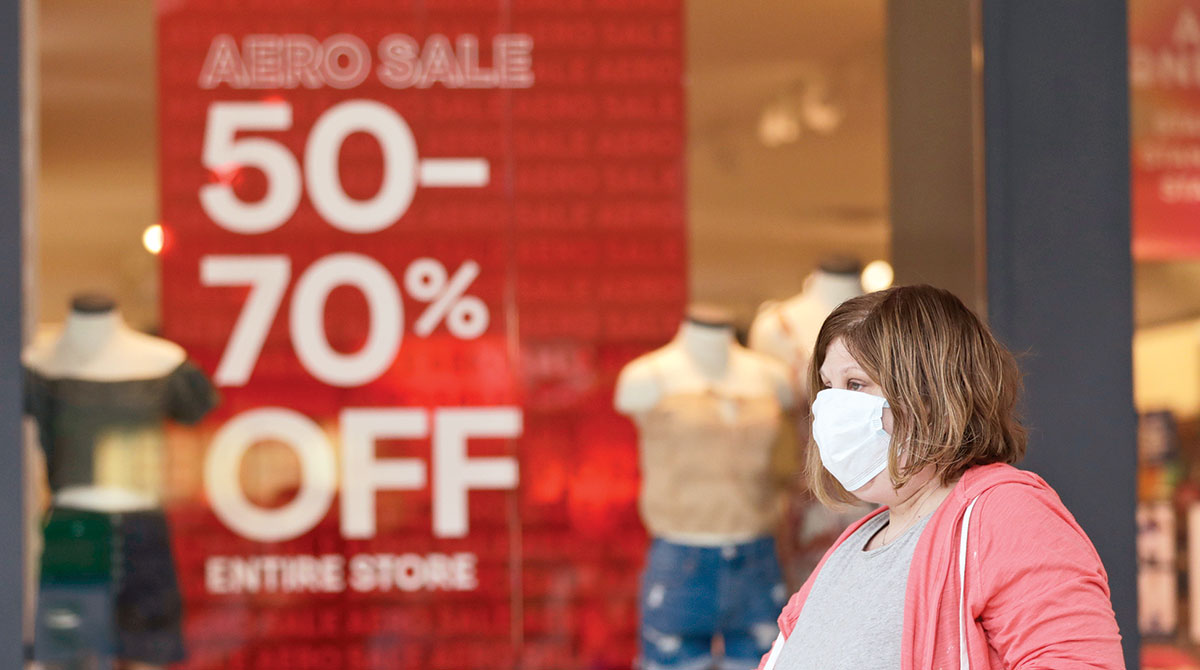 A woman walks past a store with sale signs in Mentor, Ohio. (Tony Dejak/Associated Press(

U.S. consumer prices rose in October at the fastest annual pace since 1990, cementing high inflation as a hallmark of the pandemic recovery and eroding spending power even as wages surge.

The consumer price index increased 6.2% from October 2020, according to Labor Department data released Nov. 10. The CPI rose 0.9% from September, the largest gain in four months. Both advances exceeded all estimates in a Bloomberg survey of economists.

Higher prices for energy, shelter, food and vehicles fueled the supercharged reading and indicated inflation is broadening out beyond categories associated with reopening.

Stocks opened lower, while the yield on the 10-year Treasury rose and the dollar strengthened.

Against a backdrop of solid demand, businesses have been steadily raising prices for consumer goods and services at the same time supply chain bottlenecks and a shortage of qualified workers drive up costs.

The pickup suggests higher inflation will be longer-lasting than previously thought, putting pressure on Federal Reserve officials to end near-zero interest rates sooner than expected and potentially to quicken the pace of the bond-buying taper announced last week.

The data also threatens to exacerbate political challenges for President Joe Biden and Democrats as they seek to pass a nearly $2 trillion tax-and-spending package and defend razor-thin congressional majorities in next year’s midterm elections.

A report on Nov. 9 showed prices paid to U.S. producers also accelerated last month, largely due to higher goods costs, and adding to concerns about persistent price pressures across the globe.

In China, inflation at the factory level last month increased by the most in 26 years, while consumer prices in Brazil sped up by more than forecast.

Excluding the volatile food and energy components, so-called core inflation rose 0.6% from the prior month and 4.2% from a year earlier. The annual increase was the largest since 1991.

Shelter costs — which are considered to be a more structural component of the CPI and make up about a third of the overall index — rose 0.5% in October, the most in four months as higher rents and home prices feed into the data. The cost of hotel stays increased.

“Higher energy prices, intensification of supply-chain bottlenecks and higher rents all pushed up prices briskly in the consumer basket,” Bloomberg Economics’ Anna Wong and Andrew Husby said in a note. Looking ahead, “those factors and adverse base effects should keep the headline CPI from peaking until January.”