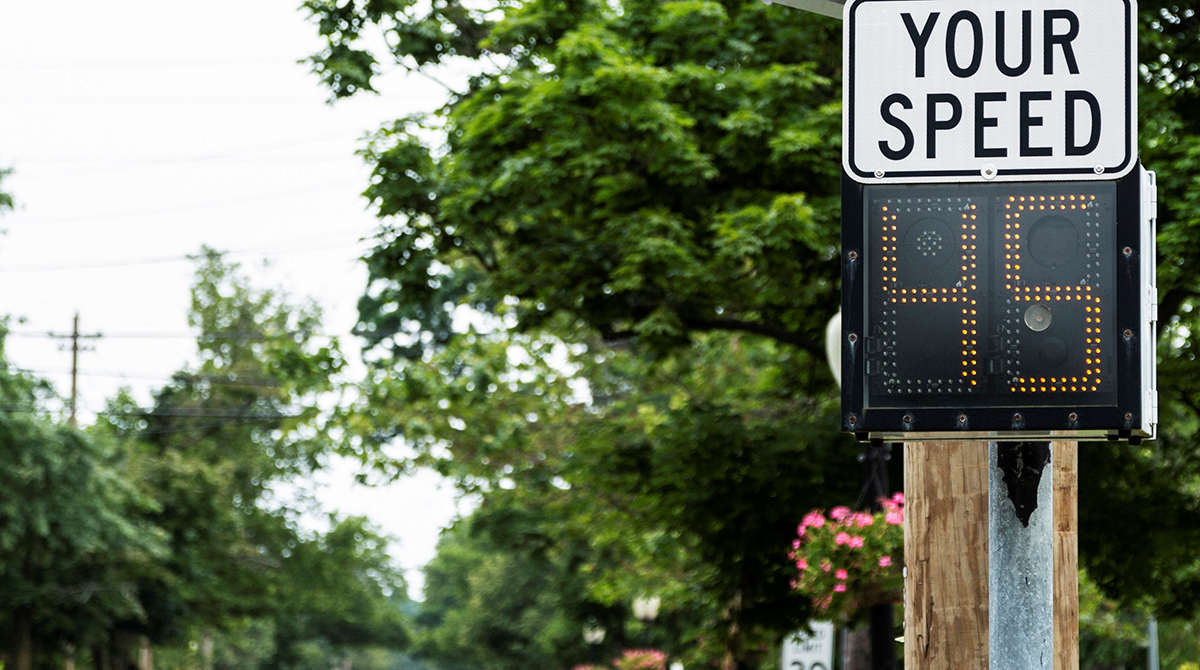 So far, the agency has not said specified the speed at which trucks might be governed. The 2016 proposal sought comments on maximum speeds of 60, 65 and 68 miles per hour. The new supplemental advance rule was published in the May 4 issue of the Federal Register. While some trade organizations were awaiting formal publication of the rulemaking proposal to comment, American Trucking Associations and the Owner-Operator Independent Drivers Association issued statements in the wake of the announcement.

ATA said it is pleased that FMCSA is pursuing “a constructive, data-driven approach to the issue of truck speed limiters in its latest proposal.”

In a statement, ATA President Chris Spear said, “We intend to thoroughly review FMCSA’s proposal, and we look forward to working with the agency to shape a final rule that is consistent with our policy supporting the use of speed limiters in conjunction with numerous other safety technologies.”

In an April 29 blog post, ATA stressed that while it has consistently opposed rule proposals setting speed limiters in the low 60 mile-per-hour range, it supports a maximum set speed of 70 mph in trucks equipped with automatic emergency braking and adaptive cruise control. In trucks without those safety features, ATA supports a maximum set speed of 65 mph. ATA said the policy was last revised and voted by its safety policy committee in 2019.

OOIDA in its comments suggested limiting highway speeds for large trucks could create unnecessary congestion, dangerous speed differentials among vehicles, and the potential for higher accident involvement rates. “What the motoring public should know is that when they are stuck behind trucks on long stretches of highway, those trucks are often limited to a speed well under the posted speed limit,” OOIDA President Todd Spencer said.

“We don’t have a formal position one way or other on speed limiters,” said CVSA deputy executive director Adrienne Gildea. “We had some technical questions on the 2016 proposal.” She added, “Our focus would be more in the area of how are we going to accurately and reliably enforce any speed limiter requirement. Obviously, if we can’t enforce it, then the regulation doesn’t really do any good.”

Although the planned rulemaking will not be a joint proposal, FMCSA said it will continue to consult with NHTSA during the development of a supplemental rule.

“If necessary, NHTSA will evaluate the need for additional regulatory actions concerning commercial motor vehicle manufacturer requirements to address issues raised during implementation that are beyond the scope of FMCSA’s authority,” the notice said.

“The National Roadway Safety Strategy identified speed as a major factor in fatal crashes, and speed management as a primary tool to reduce serious injuries and fatalities,” the agency said. “FMCSA envisions the rule as a commonsense approach to reducing crashes and saving lives as the agency continues to work with drivers and advocates for the CMV community toward a goal of zero lives lost on our nation’s roadways.”

The proposed regulation, as originally crafted in 2016, specifically required that vehicles weighing more than 26,000 pounds be equipped with a speed limiting device set to a maximum speed to be specified in a final rule. It would have required motor carriers operating such vehicles in interstate commerce to maintain functional devices set to that speed for the service life of the vehicle, according to the notice of intent.

The updated proposal mirrors those requirements for vehicle weight and requires that an engine’s ECU maintain a speed setting established by the rule for the service life of the vehicle.

“It is likely the required means of achieving compliance with a speed limiter requirement would be to use the ECU to govern the speed of the vehicle rather than installing a mechanical means of doing so,” the notice said.

A Department of Transportation source suggested to Transport Topics that technical challenges could exist for enforcement of the rule when it comes to crash data. “It’s going to be a very difficult thing to do,” the source said. “You have to be able to get the last 30 seconds of data from an event data recorder that may be incorporated in the current engine control module to give you an idea how fast the vehicle is going just prior to an accident.”