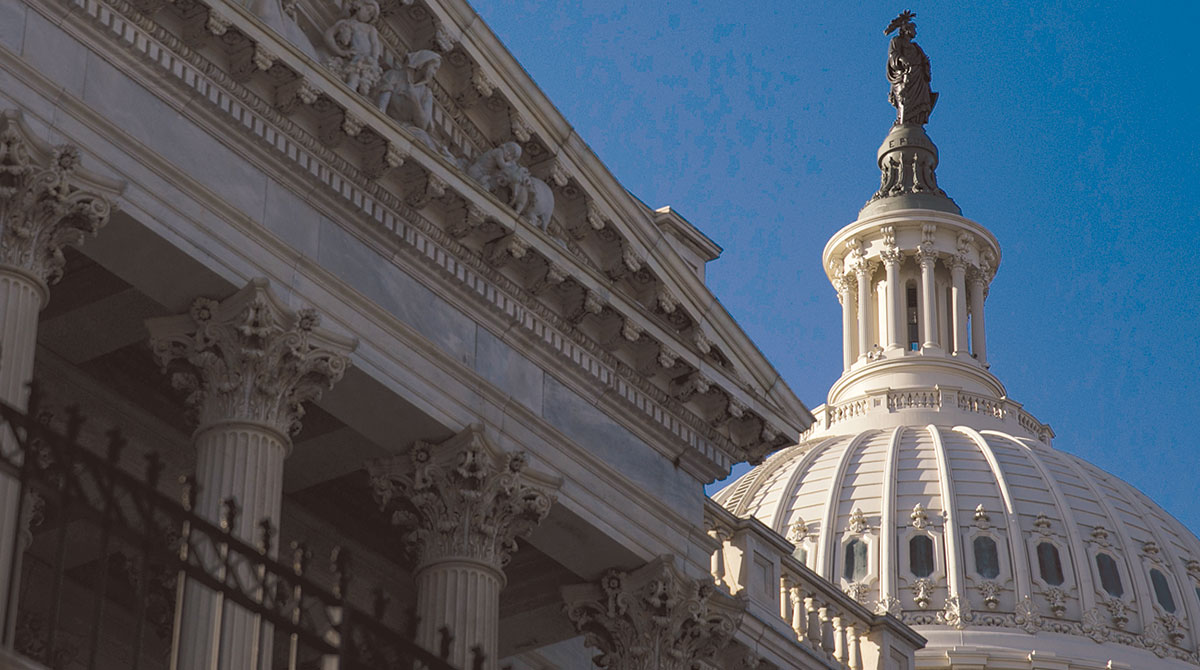 Legislation that would update the country’s highway and wastewater policies was approved by the U.S. House of Representatives on July 1, an effort by congressional Democrats to advance President Joe Biden’s multitrillion-dollar infrastructure agenda.

The chamber gave approval to the $715 billion measure by a vote of 221-201, mostly along party lines. Bill sponsors touted climate change-centric provisions, as well as proposals meant to facilitate the modernization of Eisenhower-era freight and passenger transportation corridors.

The legislation, titled the Investing in a New Vision for the Environment and Surface Transportation (or INVEST) in America Act, consists of a five-year surface transportation reauthorization as well as policy updates for wastewater management and water infrastructure programs. A 2015 highway policy law expires at the end of September.

Transportation has a huge impact on daily life. It affects how we get to work, school, doctor appointments, and so much more. Better infrastructure will improve lives.

“The American people are sick and tired of potholes, getting stuck in traffic, delayed buses and slow trains, lead-tainted pipes and sewers that back up, the result of decades of underinvestment in our infrastructure, our communities and our future,” said Transportation and Infrastructure Committee Chairman Peter DeFazio (D-Ore.). “The good news is that this is an American problem America can fix. By passing the INVEST in America Act today, the House took a bold and badly needed step to build for the future, tackle the existential threat of climate change by modernizing our transportation systems to cut carbon pollution, and improve the lives of hundreds of millions of people.”

Prior to the bill’s passage, Speaker Nancy Pelosi (D-Calif.) referred to the bill as a “strong jobs-creating package that seizes the once-in-a-century opportunity to rebuild America’s infrastructure.”

“The better we invest — the title of the bill — now, the less it’s going to cost and the better off the American people will be, in terms of the quality of their lives, our lives, as well as the strength of our economy,” the speaker continued.

Overall, the legislation would authorize a new round of severe weather resilience programs. It also would approve about $300 billion in funding for highway systems and about $100 billion for transit operations.

Specific to trucking policy, the legislation would pave the way for $1.5 billion from fiscal 2023 through 2026 for safety operations and programs at the Federal Motor Carrier Safety Administration. It also would establish a truck leasing task force meant to examine leasing agreements, evaluate recruitment practices targeting commercial drivers, and review underride guards used by commercial vehicles.

Nearly every Republican opposed the legislation, arguing that proposals related to artwork and various technologies did not qualify as infrastructure policy. Rep. Sam Graves (R-Mo.), the top transportation policymaker in the GOP caucus and a chief critic of the bill, emphasized what he described as the Democrats’ partisan approach to legislating.

“This was a missed opportunity for partnership and for passing a bill that addresses the real infrastructure needs of all our communities, from our largest cities to the most rural areas,” said Graves. “A deal was there to be had on this bill; that’s clearly evident by the various bipartisan bills and ongoing discussions in the Senate. But the speaker had no true interest in bipartisanship; only in moving this one-size-fits-all vision for what the majority thinks our infrastructure should look like.”

For the most part, transportation stakeholders praised the measure’s passage in the House and called for further action.

Jim Tymon, American Association of State Highway and Transportation Officials executive director, noted his group “continues to call for a bipartisan bill that strengthens and builds upon formula-based funding to states, while maintaining the flexibility necessary to allow states to deliver national transportation priorities including equity, [resilience], carbon reduction, safety for all roadway users, improving project delivery and maintaining and improving their transportation assets.”

On the other side of the Capitol, committees in the Senate have approved highway and freight policy bills. Yet, questions about a highway bill’s likelihood of reaching the president’s desk remain murky. Transportation leaders have not resolved long-term funding concerns linked to a multiyear highway bill, and negotiations between the White House and congressional leaders on an infrastructure package signal the potential for nearly every transportation legislation to fall under an infrastructure legislative umbrella.

A bipartisan deal between Biden and a group of senators on infrastructure policy has opened the door for the consideration of a $1.2 trillion package that would update much of the country’s mobility grid.

“This deal is going to more than double the funding directed to state and local programs that improve the safety of people in vehicles, including highway safety, truck safety, pipeline and hazardous materials safety,” Biden said June 29.