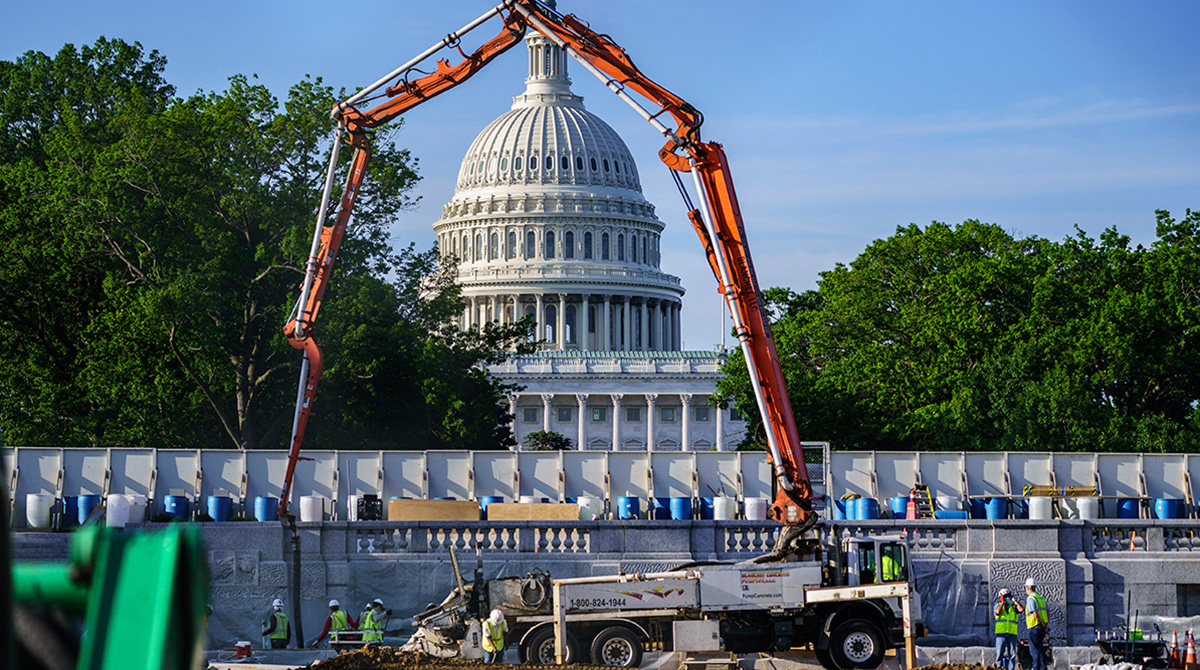 The U.S. House of Representatives scheduled consideration of a $1 trillion infrastructure measure by Sept. 27, a few days before funding authority for federal highway programs expires.

Lawmakers returned to Washington from their summer recess to approve on Aug. 24 the Senate-passed infrastructure bill by a 220-212 party-line vote. They also agreed to an intricate $3.5 trillion budget process.

The Democrats’ legislative strategy of advancing a budget plan, as well as the $1 trillion infrastructure bill, gained the endorsement of key Democrats, such as Rep. Peter DeFazio (D-Ore.), chairman of the transportation committee. Both bills are pillars of President Joe Biden’s “build back better” agenda for commercial and human infrastructure.

“By Oct. 1, we hope to have in place, that is the plan, to have in place the legislation for infrastructure. That is bipartisan, and I salute that, but it is not inclusive of all of the values we need to build back at a time when we have a climate crisis,” Pelosi said Aug. 24.

“And so, I salute our distinguished chair of the Transportation and Infrastructure Committee, Mr. DeFazio, for the knowledge that he brings, the value system and the knowledge that he brings to looking at how we do a [budget] reconciliation bill, a build back better bill, in a way that is preserving of our planet for the children,” the speaker added.

Biden also expressed optimism after the House’s vote on his domestic agenda. “We’re going to make long-overdue, much-needed investments in basic, hard infrastructure of this nation.”

He continued: “This is an area where we have broad, bipartisan agreement to invest in our antiquated roads, highways, bridges, transit, drinking water systems, broadband, clean energy, environmental cleanup, and making our infrastructure more resilient to climate, to the climate crisis, and so much more.”

In scheduling a vote on the infrastructure bill by no later than Sept. 27, Congress sets up the possibility of sending to the president a surface transportation authorization bill for enactment. The highway policy portion of the infrastructure legislation would reauthorize the country’s premier highway law, funding authority of which expires at the end of September.

Included in the infrastructure measure is about $100 billion for roads and bridges, $66 billion for freight and passenger rail operations, $65 billion for broadband internet access, $46 billion for severe weather-resilience climate change programs, $39 billion for transit systems and $25 billion for airports.

Per trucking policy, the infrastructure legislation would establish a truck-leasing task force and create an apprenticeship for truckers younger than 21 to drive commercial vehicles interstate.

The bill would direct the secretary of transportation to further research side-underride guards for trucks, require an analysis on electronic logging devices, and require certain commercial motor vehicles to be equipped with an automatic emergency braking system. The infrastructure bill would partly be funded by unused federal COVID-19 emergency aid, and certain tax enforcement provisions.

Stakeholder groups, such as the U.S. Chamber of Commerce, had applauded Senate passage of the infrastructure bill earlier this month.

“Our elected leaders are on the precipice of a historic investment in our nation’s crumbling infrastructure,” said Chamber of Commerce president and CEO Suzanne Clark. “Turning this long-overdue promise into a reality will grow our economy and strengthen our competitiveness for decades to come. We applaud the Senate for doing its job on a bipartisan basis, thoughtfully debating and passing much-needed infrastructure legislation that will finally invest in America’s roads, bridges and other critical infrastructure, create millions of jobs, and improve the quality of life for every American. Now it is time for the House to continue the bipartisan progress and send this bill to the president’s desk.”

The speaker instructed policy committees with jurisdiction over transportation, energy and social programs to approve their input for the Budget Committee by mid-September. The Transportation and Infrastructure Committee is tasked with recommending $60 billion through fiscal 2031 for severe-weather resilience programs, among other policies.

The budget panel will use the committees’ input to create a budget reconciliation legislative package. This $3.5 trillion reconciliation bill would necessitate a simple majority to pass in the Senate where Democrats hold the majority with 50 members and the vice president. To fund various programs, the budget plan’s architects propose using tax increases on certain corporations, as well as households earning more than $400,000 per year.

The Bernie Budget adds more debt to our nation than the size of every economy in the world except the United States.

House Republicans remain unified in their opposition to the majority’s budgetary aim, and pledged to continue pushing back on the $3.5 trillion plan. Rep. Jason Smith (R-Mo.), Budget Committee ranking member, in a critique of Sen. Bernie Sanders (I-Vt.), chairman of the Senate Budget panel, said: “The Bernie [Sanders] Budget spends $68 trillion over the next 10 years, the highest sustained spending level in American history by a large margin. We cannot spend our way into prosperity.”