Full Speed Ahead for Economy, Trucking in 2018 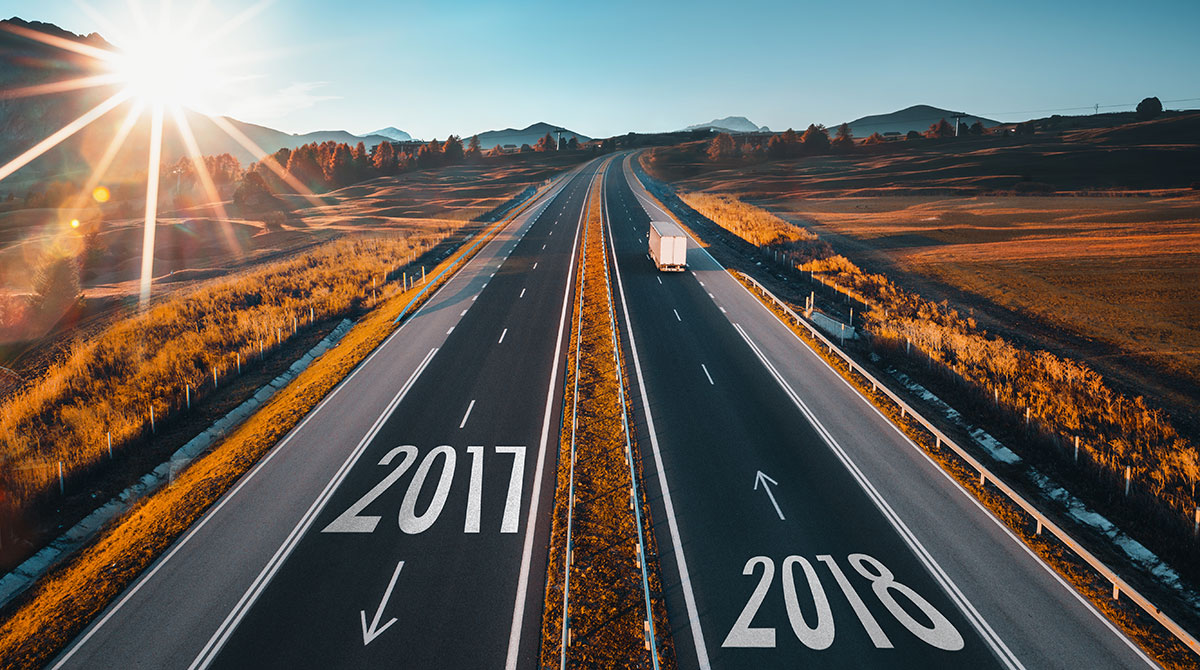 Trucking firms are revved up for 2018, with predictions of tight capacity and strong demand for freight hauling setting the stage for an anticipated big year ahead for the industry, and indicators pointing to a potentially sustained period of business expansion in the United States and around the globe.

READER FAVORITES: 2017 by the numbers

NOTABLE QUOTES: Take our quiz to find out who said what in 2017

That confidence is boosted by the expectation that Congress’ efforts on tax reform will lead to a friendlier regulatory environment for trucking, with uncertainty regarding health care reform and trade negotiations doing little to tamp down enthusiasm.

Congress and the Trump administration also have indicated they will finally begin consideration of a long-awaited infrastructure funding proposal in January. 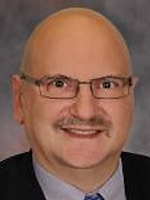 “Business people are giddy with excitement as business conditions and confidence are at their highest level since the Great Recession,” said Don Ake, a trucking industry analyst at FTR Transportation Intelligence in Bloomington, Ind. “CEOs all the way down to factory workers are hopeful the economy has broken through seven years of the slow-growth recovery and will get even better in the future.”

WHAT DO YOU SEE AHEAD FOR 2018? Tell us on our Facebook page

Another FTR analyst, Steve Graham, said the outlook is positive for both domestic and foreign markets.

“Global expansion is accelerating as growth continues to synchronize across both developed and emerging economies,” Graham said in a recently published commentary. “The U.S. economy is hitting on most of its cylinders, with healthy consumption and a return of business investment. Autos have probably seen their best days and housing remains weak, but most of the parts of the U.S. economy are working together.”

Graham said that he expects real gross domestic product to continue accelerating from 1.5% growth in 2016 to 2.2% in 2017 and to reach 2.8% in 2018, even before taking into account the impact of tax reform legislation that was being ironed out as 2017 drew to a close. 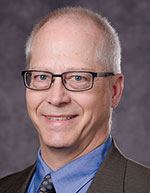 Tax reform and economic growth could also provide a lift to truck equipment suppliers in 2018, said Steve Latin-Kasper, director of market data and research for the National Truck Equipment Association in Bloomfield Hills, Mich. He expects economic growth in 2018 to exceed 2017 levels, providing a boost to the trucking industry.

Tax cuts also will have a positive impact on carrier finances and make it easier to justify spending on equipment, technology and employees, according to Russ Burleson, senior vice president of finance at Southeastern Freight Lines in Lexington, S.C.

“Every decision we make is based on analysis of after-tax cash flows,” he told TT. “So I can say [that] as tax costs incrementally go down, more cash is available to make decisions to reinvest in new equipment, real estate and computers. We’re a capital intensive business.”

A&R Logistics ordered 75 new tractors for delivery in early 2018, and plans to grow its fleet by more than 10%. The company also increased driver pay and benefits to help remain competitive in a tight labor market.

“We increased driver wages by over $2 million, enhanced our vacation policy to provide drivers more home time, overhauled and refurbished over 30 tractors with the latest engine and cab specifications and invested in new technology to be a safer company,” CEO Mark Holden said.

Holden said A&R has added more than 60 pneumatic tank trailers to its fleet and opened new transportation and packaging facilities in the Port of Savannah, Ga., and Port Freeport, Texas, to handle increased demand for export of plastic resin.

On the issue of global trade, NTEA’s Latin-Kasper is cautious about the year ahead. “China is attempting to forge its own version of the Trans-Pacific Partnership that could lead to lower U.S. exports to Asia,” he said.

In addition, Latin-Kasper said the outcome of ongoing talks to renegotiate the North American Free Trade Agreement could affect trucking, since Canada and Mexico are by far the two largest trading partners of the United States. He noted, however, that it’s too early to know how the 23-year-old trade pact might be changed.

“It’s difficult to make a forward-looking statement regarding the negotiations since it is highly complex and unlikely to be completed until the second half of 2018 at the earliest,” he said.

The Trump administration has set returning manufacturing jobs to the United States and reducing trade deficits with countries such as China and Mexico as key trade goals.

Our view is that the industrial economy will stay strong with higher oil prices and could potentially accelerate if the government gets an infrastructure deal done. 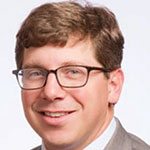 Research by the Motor & Equipment Manufacturers Association, however, casts doubt on whether U.S. companies can take on more production because of shortages of skilled labor. In a survey, 72% of responding MEMA member companies reported a skilled labor shortage. More than 45% of skilled and professional staff are eligible for retirement in the next five years and 79% of companies reported not pursuing business due to lack of talent on staff.

Despite labor difficulties, Brad Delco, a research analyst at Stephens Inc. in Little Rock, Ark., said he believes the industrial economy will remain a strong point in the U.S. economy in the year ahead.

“Our view is that the industrial economy will stay strong with higher oil prices and could potentially accelerate if the government gets an infrastructure deal done,” Delco said. “Consumer confidence and wage inflation will keep the retail side of the equation strong as well, in our view.”

The outlook for trucking is buoyed by signs of tightening in the market for transportation services.

“We believe the real supply constraint in the industry is truck drivers,” Delco said. “We saw extremely tight post-hurricane conditions in late summer, and we will gradually see capacity tighten over the course of 2018 as a result of electronic logging devices. Our view is ELDs will remove utilization capacity in the industry, which will put upward pressure on freight rates and driver wages.”

Rachal Snider, vice president of customer supply chain at AFN, a freight brokerage and supply chain consulting firm based in Niles, Ill., said shippers can expect to see higher rates in the year ahead.

“A recent report from FTR indicated that truckload demand will grow by 3.6% in 2018, which will outpace the existing capacity, particularly since capacity utilization is already at 99%,” Snider said.

Market conditions are similar, in some respects, to a capacity crunch from 2014 when severe winter storms impacted transportation in much the same way hurricanes Harvey and Irma did in 2017, Snider noted.

“The difference today is that since the Great Recession of 2008, carriers have made strides in paring their fleets to improve their operating ratios and this trend has continued to the present. The result is there is simply less elasticity in the market to absorb greater demand, whether it comes from a strong economy, disaster relief or other factors.”

The ELD mandate could reduce capacity by 5% to 8%, but “only time will tell,” Snider added.

In a letter sent to shippers in September, top executives at J.B. Hunt Transport Services Inc. warned of a capacity crunch in the year ahead.

“This is one of the highest periods of turbulence and volatility in supply we’ve ever experienced and we don’t think it will abate any time soon,” CEO John Roberts and Chief Commercial Officer Shelly Simpson said. “We advise budgeting for transportation cost increases that may reach 10% or more.” 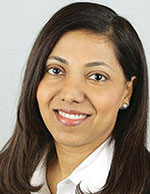 On the technology front, FourKites Chief Product Officer Priya Rajagopalan said she expects adoption of shipment tracking systems to continue to grow significantly in 2018, driven by increased demand from shippers for visibility and to meet new regulatory compliance requirements for food and pharmaceuticals.

“We’re seeing a broad shift toward narrowing delivery windows in and beyond the retail space, brought on by large formerly brick-and-mortar retailers working to remain competitive with e-commerce players in product selection and availability,” Rajagopalan said. “These changing requirements have major downstream implications across the supply chain, as the companies that supply major retailers need to hit more precise delivery windows or face steeper fines.”

Adam Compain, CEO of ClearMetal, a predictive logistics technology company based in San Francisco, said 2018 will be remembered as the year of artificial intelligence in transportation.

“There’s a growing urgency to innovate and transform commerce today,” Compain said. “This is very much the case for logistics and supply chain teams, where processes have remained inefficient for years and the shipping community as a whole struggles to be data driven. But we’ve reached a tipping point and the status quo is no longer sufficient. Companies are embracing AI to generate value, which often comes in the form of improved visibility, mitigated risk and reduced costs.”

John Elsner, vice president of sales in North America at CalAmp Corp., a telematics software company based in Irvine, Calif., predicts further consolidation of telematics service providers, with larger companies moving away from traditional suppliers and creating their own applications and solutions for customers. He also foresees an increase in the importance of technology to fleets.

“ELDs will help companies become safer and more profitable,” Elsner said. “Also, the vast majority of fleets will implement camera-based driver behavior solutions. These cameras, placed in the front, cab and rear of the truck will monitor drivers’ actions and behaviors that waste time or can become dangerous to the driver or other motorists.” 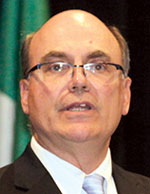 Fred Andersky, director of government and industry affairs at Bendix Commercial Vehicle Systems, speaking at a Fleet Council meeting in December, sees continued development of automation, although he views self-driving vehicles as still far off.

“If it seems like things are moving quickly in terms of technology and the commercial vehicle ecosystem, make no mistake: they are, but so are hype and expectations,” Andersky said. “Everyone who has a stake in commercial vehicle and highway safety should be working to stay ahead of the curve, helping to create and shape the conversation, and not just react to it.”

Bob Dieli, an economist at MacKay and Co., an industry research firm in Lombard, Ill., said trucking needs to prepare for a future that may look very different.

“Our industry, all businesses, should be planning for structural change and if they are not, they are wasting their time,” he said. “Disruptions to all aspects of trucking activity are quite likely over the next five years.”

Dieli’s advice: “Plan and keep looking forward, not much to see in the rearview mirror.”