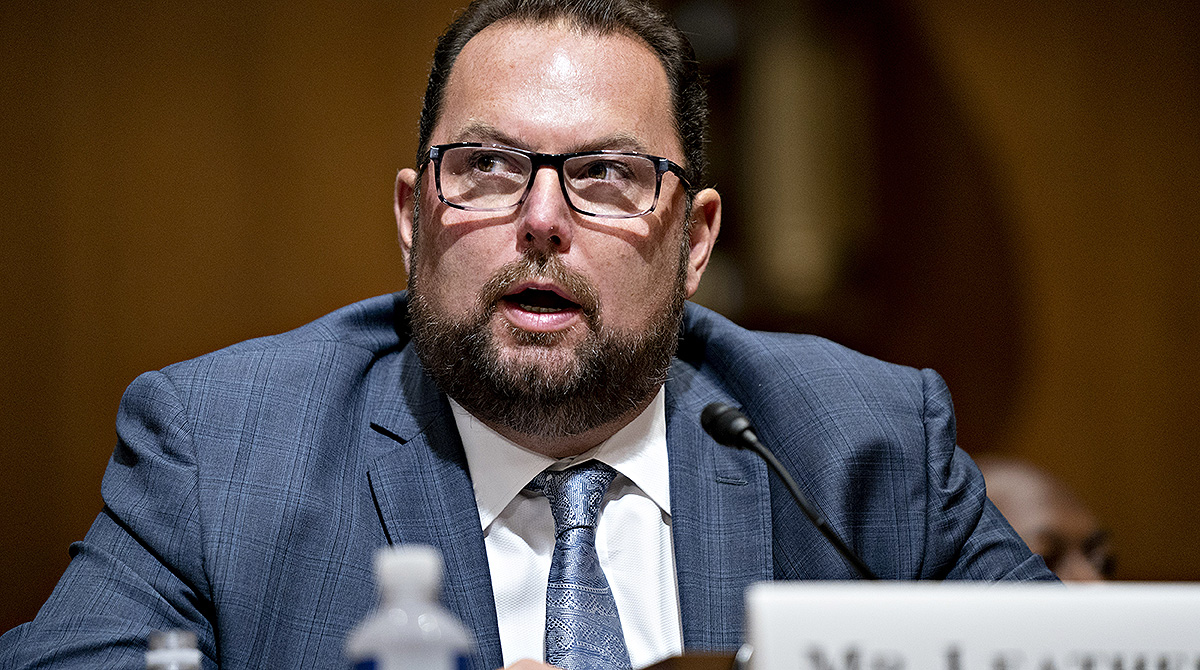 WASHINGTON — Derek Leathers, the top executive of Werner Enterprises, joined other business leaders for a hearing on Capitol Hill on July 30 to call on lawmakers to approve a landmark new trade deal with Canada and Mexico.

The hearing marked the latest push on the part of proponents, which include a significant aspect of the freight sector, manufacturers and agriculture firms. They are pressuring Congress to act on the newly negotiated United States-Mexico-Canada Agreement, or USMCA.

In his endorsement of the trade agreement, Werner CEO Leathers emphasized that immediate congressional action would help alleviate marketplace uncertainties that could result from an inability to plan for the long term. He also explained that concerns regarding technological advancements within the trucking industry would be addressed.

“Having the USMCA enacted and ratified to help address, from our perspective, the importance of all of this digital e-commerce, digital information and the ability for these records and their security to be better recognized and have better treatment in the agreement is of critical importance,” Leathers told the tax-writing Finance Committee in the Senate. “The future is only going to continue to go in that direction. And our business is increasingly one that is moving more digitally by the day.”

Leathers explained NAFTA is an insufficient guide for addressing the technological advances in the region’s trade landscape.

“At this juncture, Congress has a unique opportunity to elevate our North American trade policies into the present and usher in a new era characterized by increased innovation, more jobs in U.S. communities and overall prosperity,” Leathers said in prepared remarks.

Also on the panel, former Agriculture Secretary Tom Vilsack, president of the U.S. Dairy Export Council, said the new trade deal would modernize NAFTA and facilitate the movement of products across the borders.

“We must tackle the most pressing item first: America’s current trade agenda begins with passage of USMCA. When USMCA comes up for a vote, U.S. agriculture is asking that you act quickly to ratify this trade agreement,” Vilsack told the senators.

“Nobody could consider NAFTA to be better than #USMCA. And nobody should dismiss the importance of a half-trillion dollar market for US agriculture products," @SenFinance Chairman @ChuckGrassley said in his opening remarks. — Senate Finance Committee (@SenFinance) July 30, 2019

Republicans, such as Finance Committee Chairman Chuck Grassley (R-Iowa), argue the new deal would improve relations among the countries and deal with myriad concerns, such as Canadian policies regarding wheat grading, retail sales of wine, dairy supply management and the distribution of U.S. television programming.

“Every day that passes is another day that the benefits of USMCA go unrealized,” said Grassley, who garnered support from most of his fellow GOP colleagues.

Democrats, in control of the U.S. House, continue to raise concerns with the administration stemming from labor practices in Mexico and environmental policies. As committee ranking member Sen. Ron Wyden (D-Ore.) put it, “As I’ve said in the past, there’s work left to be done on key issues. I have concerns about enforcement because the new NAFTA carries over the weak enforcement system of the old NAFTA. It’s too easy on trade cheats, and it’s not good enough for American workers, particularly on labor rights.”

Congressional action is expected sometime this year once the Trump White House and Democratic leaders finalize talks about key aspects of the deal.

7.30.19SenFinLeathersWritten by Transport Topics on Scribd

American Trucking Associations is among the groups supporting USMCA. In a letter to congressional leaders July 17, ATA President Chris Spear wrote: “Trade and trucking are interdependent, and the vitality of the U.S. economy depends on a dynamic trucking industry to deliver goods throughout the supply chain. If the United States neglects to modernize the current NAFTA framework, it could lead to more production overseas and irreparably reduce freight movement across the continent.”

“Ratifying the USMCA will ensure that the U.S., Canada and Mexico continue to benefit from an alliance that has promoted economic growth and innovation, and we look forward to working with Congress to make this a reality,” Spear added.

Omaha, Neb.-based Werner Enterprises ranks No. 15 on the Transport Topics Top 100 list of the largest for-hire carriers in North America.