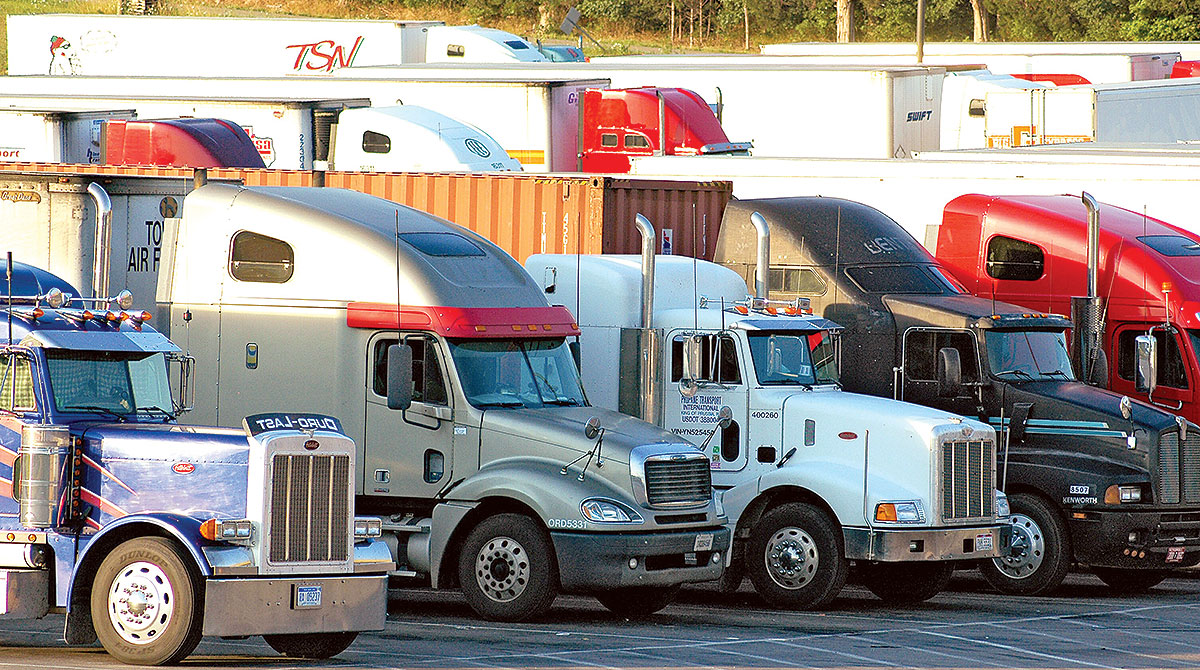 Trucks are parked at a Love's Travel Stop. (Russ MacNeil)

In written comments reacting to potential changes to federal driver hours-of-service rules, truckers clearly favor a potential plan by the Federal Motor Carrier Safety Administration to give them more flexibility with their driving and workday hours.

In general, truckers overwhelmingly said they support the idea of being allowed to take a rest break when they’re tired, splitting sleeper-berth time, getting extra hours when they’re holed up in adverse weather, and adding an extra hour or two to their workday in the event they get detained at loading docks.

A number of comments seem largely representative of the overall drift of the more than 1,700 comments on file as of Sept. 13 on the FMCSA website:

• “Breaks should be based on physical needs, equipment needs, environmental concerns and traffic conditions,” said David Hutchinson of Reno, Nev.

• “The current 100 air-mile exemption should be doubled to 200 air miles as a local driver can still be out and back before his allotted time is up,” said Bruce Schunke of Danforth, Ill.

• “Please, at the very minimum, remove the 30-minute break,” commented Dave Fredriksen. “I drive a day cab, and literally sit in the driver’s seat for 30 minutes waiting for the clock to tick by. It’s not a ‘break,’ and it causes me to become more tired than I was to begin with. It also makes my day 30 minutes longer than it should be, and I’m not paid for that time.”

• “One size does not fit all,” said Deborah Rubin. “I propose that we match Canada’s current hours.”

In fact, several commenters suggested that FMCSA look at adopting a regulatory hours scheme like Canada’s, where truck drivers are allowed to drive up to 13 hours a day within a 16-hour workday. The 16 hours includes all driving, on-duty and off-duty time between the 8-hour off-duty periods. In addition, single drivers using a sleeper berth must take 10 hours off-duty, but may split the sleeper-berth time into two periods provided neither is less than 2 hours.

“I’m asking you to consider adding some flexibility to the current DOT hours-of-service rule more in line with the way things are done in Canada. The way things are now being done, we are unable to stop the clock, leading to a lot of unnecessary stress,” said Edward Richard of Leicester, Mass.

For the most part, the comments have been civil. That said, some drivers still are expressing anger about the agency’s electronic logging device rule and generally complaining about government intervention in their working lives.

In its HOS proposal announced last month, FMCSA said it is seeking answers from stakeholders to 25 specific questions in four general areas, including: