Fleets Weigh the Benefits of Retreads Versus New Tires 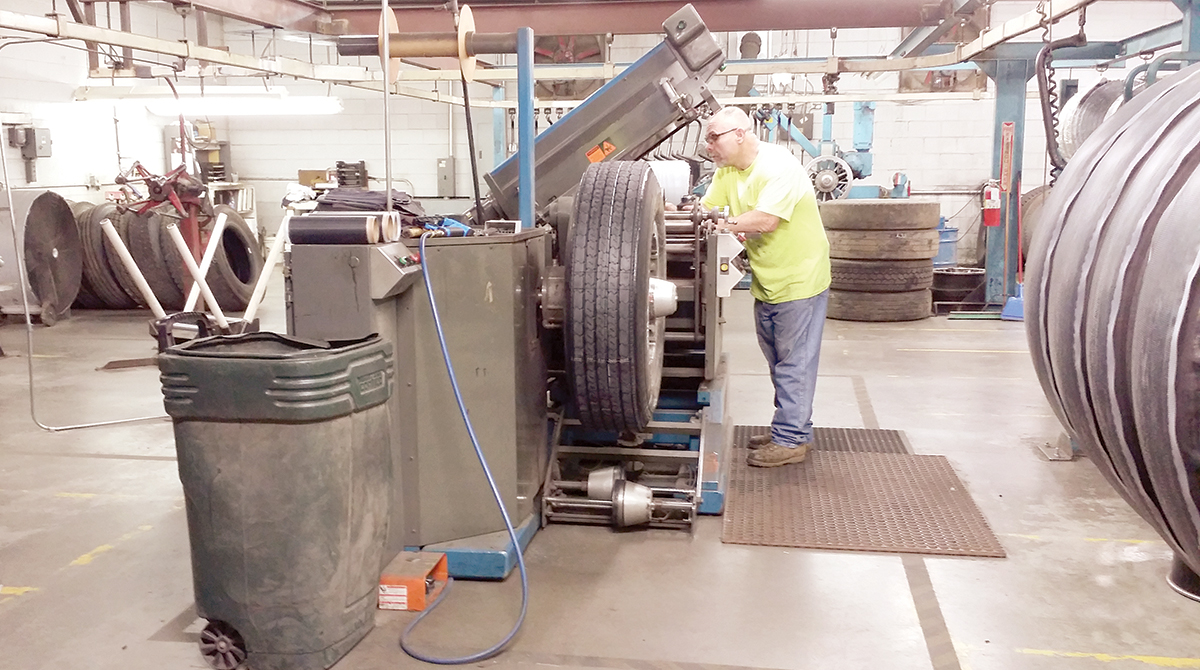 Old habits die hard, as well as negative perceptions. Such is the case with unfavorable views of retread tires. But many fleets are choosing retreads over new tires due to improvements in product quality combined with cost savings.

Retread manufacturers admit that some instances of lower product quality and, consequently, safety concerns in the industry’s early days have had a lasting, detrimental effect. But the trucking industry is considered more forward-thinking than the motoring public in moving past negative perceptions and widely adopting retreads.

Fleets “are much more knowledgeable about tires than those who just use passenger tires,” said Harvey Brodsky, consulting director of the Retread Tire Association. “Retreaders have made great strides in improving tread quality, selection, manufacturing standards, plant safety, evaluation techniques [and] shearography” during the past 20 years.

Advances in recapping and inspection techniques have narrowed the quality and safety gaps between retreads and new tires.

“Every retread, if properly executed, is just as safe as a new tire and must meet the same regulatory requirements,” said Phil Boarts, retread product category manager at Michelin Truck Tires.

Fleet managers agree. “Safety comes first at NFI, and we have no safety concerns with retreads,” said Bill Bliem, NFI Industries’ senior vice president of fleet services. The Cherry Hill, N.J.-based trucking company’s fleet of more than 2,300 tractors and 8,100 trailers uses retreads on all drive tires and all trailer tires after the original tires wear to replacement limits, Bliem said.

Another fleet espouses a similar philosophy.

“We will buy new equipment with original tires on it, but after that, we will retread for both the drive axle as well as trailer axles,” said Jim Cade, vice president of fleet services at Iowa-based Ruan. He estimates that about 75% to 80% of Ruan’s fleet uses retreads for those tire positions.

A change in preferred manufacturing methods has helped to boost retread safety. Previously, mold cure was the standard recapping practice. That’s less common now, partially because “a mold cure had a greater potential of the retread separating from the casing,” said Gary Champlin, general manager of Champlin Tire Recycling. Currently, precure is the most common recapping method.

Modern retread businesses also abide by more rigorous procedures for inspecting casings before recapping. “The key to having a good retread program [is] making sure that your casing, the foundation that you’re building upon, is good,” Ruan’s Cade said.

The process includes monitoring the age of a casing and the number of times it gets recapped. Michelin dealers, for instance, are required to “only retread twice on drive position and three times on trailer position,” Michelin’s Boarts added.

Fleets generally put their own limits on casing reuse, too.

Just as with new tires, retreads must bear a conspicuously placed identification number that is molded or branded permanently onto the sidewall.

“Each company that retreads is putting their own Department of Transportation number on that tire,” Champlin said. “So if there is an issue, they are liable.”

Fleets frequently opt to take their own used casings to tire suppliers for retreading rather than buying ready-made retreads or new tires. The “most cost-efficient fleets in the world” retread their own casings, said Ben Rosenblum, director of marketing for Bandag, a Bridgestone Americas retread business. “You know how you treated that casing, you know where it’s been and you save a lot of money.”

A highly cited 2008 National Highway Traffic Safety Administration study indicates that well-maintained retreads don’t fail more often than new tires. Maintenance is indeed paramount to ensuring tire safety and longevity for both new rubber and retreads. In fact, road hazards and inadequate upkeep are the top two culprits for all tire failures, according to NHTSA, at 38% and 32%, respectively. Manufacturing defects account for 16% of failures. “It is possible to have retread tire fails, as it is with new tires, but it’s incredibly rare that it was manufactured improperly,” Rosenblum said.

Air pressure is the No. 1 priority for maintaining all tire types, Rosenblum ­added. Underinflation and overinflation change the geometry of a tire and its contact with the road, which stresses the sidewalls. At best, the additional flexing affects only efficiency and performance, but at worst, it can lead to a catastrophic failures, industry experts said.

“The air inside the tire is carrying 80,000 pounds of load down the road,” said Josh Carter, CEO of Aperia Technologies, a supplier of automatic tire inflation systems. “It is a critical variable in the efficiency and safety performance of a tire. Virgin rubber or recap, it’s going to perform best when your air pressure is being controlled accurately.”

Fleets also focus on tire matching to reduce uneven wear and efficiency losses. While some carriers discourage installing a new tire directly next to a retread on a dual wheel, others solely match tire diameter.

“We really don’t have criteria for mixing retread and original tires,” said Ruan’s Cade. “As long as they’re within a quarter of an inch so they’re equally carrying the same load, we’re OK.”

Many carriers consider retreads a viable option for only certain functions. NFI Industries and Pennsylvania-based PGT Trucking, for example, are among the fleets that exclusively use new rubber in the steer position.

“In general, [retreads] are less likely to be used in the steer position, with one exception being waste applications [because] they’re lower speed,” Rosenblum said.

Fleets also prefer new tires for uses such as hazmat, or “what we consider heavy-haul,” said Larry Cox, PGT Trucking’s interim director of maintenance. “In heavy-haul, it’s a more severe-duty type of application.”

Spread-axle flatbeds are another often-mentioned application where new rubber is favored.

“That is very hard on tires.” Cox said. “When you make a turn, because the axles are so far apart, the road basically is trying to tear the tread off of the casing.”

PGT has replaced all retreads with virgin tires on its spread-­axle trailers after experiencing a higher failure rate with retreads.

“I’m not anti-recap,” Cox said. “There are applications where recaps work great. Spread-axle trailers hauling flatbed cargo just isn’t one of them.”

In recent years, there has been more attention on the transportation industry’s environmental effects, and federal regulation has accompanied the push to reduce greenhouse gas emissions. California also became the first state to initiate regulations requiring fleets to run SmartWay-verified and low-­rolling-resistance tires, both virgin rubber and retreads.

In addition to being greener than new tires due to incorporating fewer raw materials, Rosenblum said, “retreads are every bit as fuel-efficient as the most fuel-efficient new tires.”

“Ten years ago, there was a difference between a new tire and a retread’s rolling resistance,” said Ruan’s Cade. “Today with the changes in compounds and construction, a retread tire is just as good as an original tire for rolling resistance.”

Environmental friendliness is one benefit of retreads, but the leading reason for purchasing them is price: On average, fleets spend 30% to 40% less on retreads than new tires.

But that price disparity has narrowed recently due to an influx of low-cost, largely foreign-made new tires.

“Retreads currently make up about 44% of the commercial tire market. That has declined quite a bit since roughly 2000, when it was 54% to 55%,” Rosenblum said. “That is primarily driven by the growth of ultra-low-cost import tires.”

Tire and transportation industry experts, however, caution against purchasing tires — new or recapped — solely based on price rather than on fleet needs, as that could compromise quality and safety.

Ultimately, choosing retreads instead of new tires is “a fleet- specific financial decision, based on how they look to invest,” Aperia’s Carter said.

It’s a matter of balancing safety, price and other factors to make the most appropriate selection for the vehicle, Boarts added.

Attempts to get comment from Goodyear Tire & Rubber Co. were not successful.

Winning the Hearts and Minds