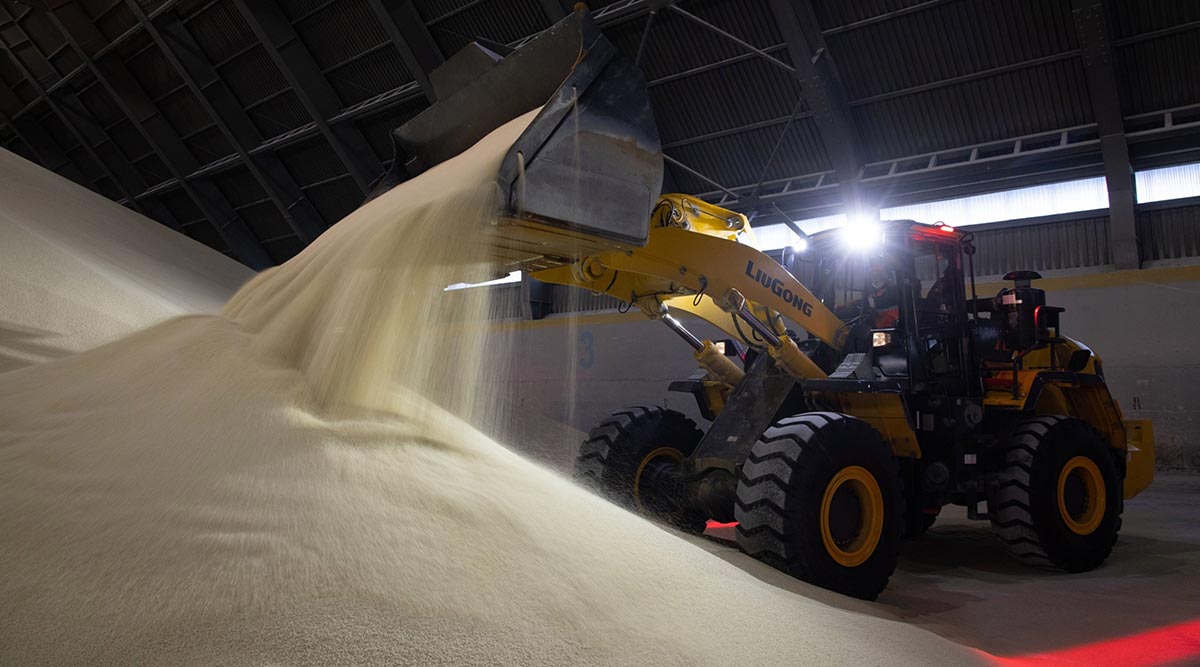 A worker moves granules of phosphate fertilizer in a storage warehouse in Russia. (Andrey Rudakov/Bloomberg News)

The fertilizer shortage that threw the agricultural sector into disarray and pushed food costs higher globally may be fading.

Crops across the world are dependent on nutrients from Russia, one of the biggest exporters, and the invasion of Ukraine four months ago roiled markets for the crucial chemicals. Ultimately, prices soared so high that farmers halted buying — and now the market has flipped. Fertilizer supplies are piling up from Florida to South America. Ships are waiting to unload and companies are struggling to reduce stocks in ports and warehouses, according to people familiar with the matter.

In Brazil, warehouses are approaching maximum capacity because farmers are betting prices have farther to fall. As far back as March — just weeks after Russia invaded — North American potash reserves were at a six-year high, according to Bloomberg’s Green Markets and The Fertilizer Institute, as prices soared and farmers skipped applications.

Meanwhile, concerns that fertilizer supplies from Russia would be completely shut off haven’t panned out. Russian fertilizer sales are exempt from the sanctions imposed by U.S. and EU in response to the war on Ukraine, and some shipments are entering the U.S., according to cargo data tracked by Bloomberg. A ship carrying 12,000 metric tons of granular urea, a common nitrogen fertilizer, arrived from Russia with a bill of lading dated June 8. While the amount is relatively small, it confirms that the product has found a pathway to American shores.

The U.S. government is even encouraging agricultural and shipping companies to buy and carry more Russian fertilizer.

Wholesale fertilizer prices are declining after soaring to multiyear highs. North American prices are the lowest they’ve been since January and a closely watched index for the continent is down 35% since touching a record in late March, according to Green Markets. Farmers are still awaiting lower prices as grains trend higher, expanding the arbitrage of delayed nutrient purchases.

The slide in fertilizer prices — if it continues — may ease some of the concerns that farmers would skip applications of synthetic nutrients to save money, reducing crop yields and worsening food inflation and hunger in parts of the world. Still, it’s too early to tell whether prices will rebound if the war in Ukraine persists into a period when demand is seasonally higher.