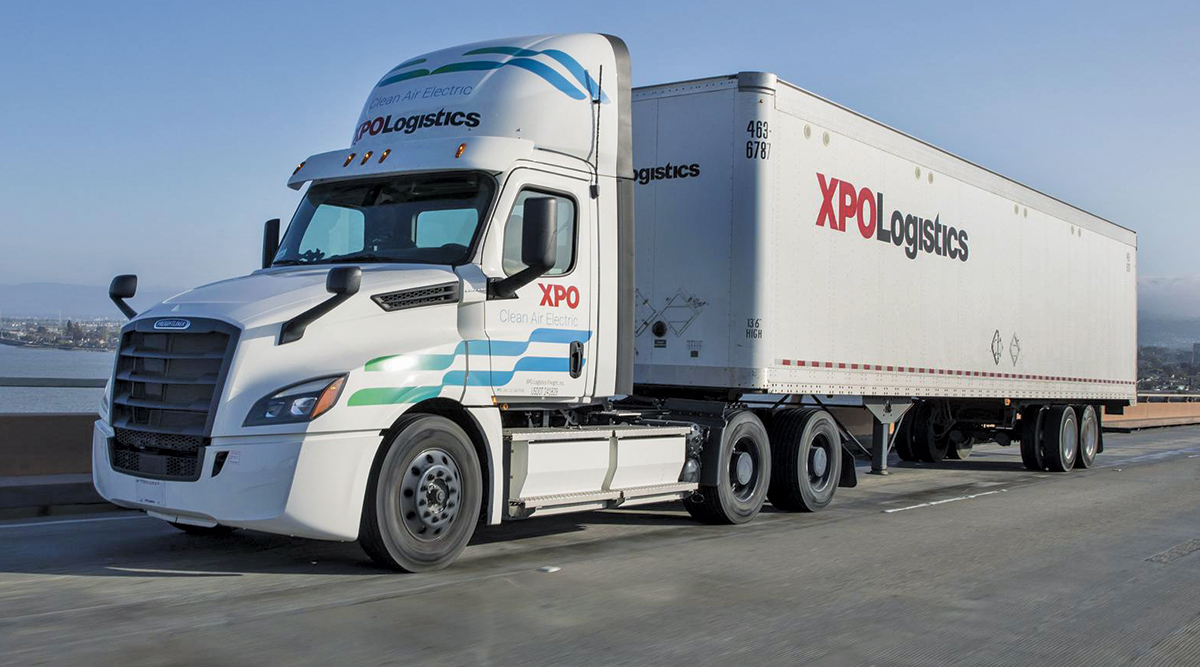 XPO says it is testing electric trucks, but says they still have too many technical and economic obstacles blocking greater deployment. (XPO Logistics)

But the experiences of fleets that have begun to deploy these vehicles illustrate an elaborate set of challenges and considerations associated with electrification.

While many of the benefits are proving out, there are several significant barriers to widespread adoption, including high acquisition costs, complex infrastructure requirements and basic financial questions such as the resale value of a first-generation electric tractor.

The number of electric trucks in operation in the United States stands at about 1,000, with another 1,000 on order, according to Calstart, a nonprofit industry consortium pushing zero-emission commercial vehicle adoption.

Those figures are about to grow significantly as automakers launch a series of electric pickup trucks and vans next year that are expected to be popular with utility fleets and delivery services.

The heavy-duty electric truck segment, however, faces additional challenges because it has the most expensive vehicles, the most challenging duty cycles and most expensive charging infrastructure.

With 87 Classes 3-8 electric trucks in its fleet, Penske Truck Leasing is among the largest users of this new type of commercial vehicle.

“We’ve learned that the vehicles will perform under different duty cycles, under different mileage bands within their range, and under the different topographies with different rates and payloads,” said Paul Rosa, senior vice president of procurement and fleet planning at Penske Truck Leasing.

But challenges abound, starting with how quickly the vehicles and the technology are changing, Rosa said. 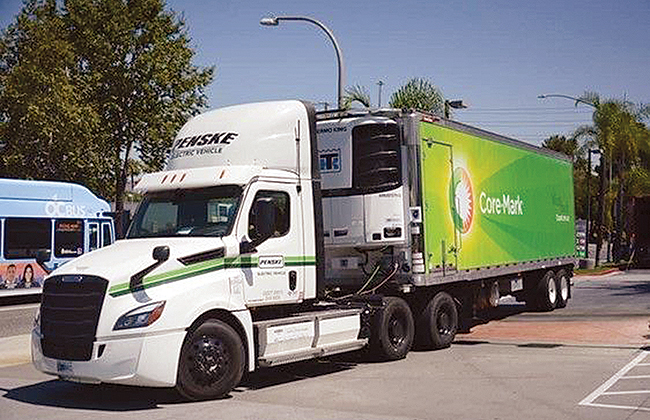 For example, it’s hard to figure out the resale value of a current generation electric truck three years from now, an essential consideration for those purchasing or leasing the vehicles, he said. They are too new to have a reliability track record. It’s difficult to assign a residual value when near-term technology improvements are likely to improve the range, payload and other characteristics of new electric trucks that a current model will compete against in the resale market, Rosa said.

“It’s been a challenge with the restrictions of which customers can operate them because of range, payload and other specification limitations,” he said.

The fleet has 10 prototype Freightliner eCascadias with a combined 500,000 miles of operation and is adding four Volvo VNR Electrics to its fleet this year. NFI also has an additional 30 eCascadias and 30 VNR Electrics on order.

NFI is electrifying its fleet of 60 drayage trucks used for 120- to 170-mile round trips from the Southern California ports to inland distribution centers, said Bill Bliem, NFI’s senior vice president of fleet services.

The motor carrier and its drivers like the way the trucks operate, but NFI, much like Penske, has encountered several hurdles that need to be solved to accelerate electric truck adoption, starting with greater flexibility. 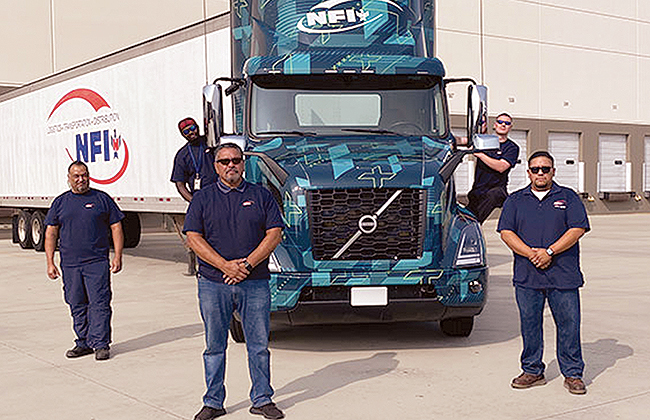 NFI, for one, would prefer more battery capacity to extend the range of its electric trucks, even though it would increase the vehicle’s weight and cut into cargo capacity.

“We’ve been telling the manufacturers that we could use a little more battery because we can handle a little less payload,” Bliem said. “With containers, we are generally weighing out between 60,000 and 70,000 pounds.”

Increasing the vehicle’s range could enable NFI to get two port trips out of its trucks between charges.

“I would gladly pay for more battery,” Bliem said.

Charging infrastructure is another major challenge. It’s expensive and there’s not enough of it.

With its own distribution centers and shorter, regional hauls, NFI installs charging stations at its hubs. But not every potential electric truck user has that advantage, Bliem said.

California, for example, wants to electrify the tens of thousands of trucks that work the massive Los Angeles and Long Beach port complex.

“About 90% of those trucks are owner-operators operating as independent contractors. Will they be able to invest even $200,000 into an electric truck?” Bliem asked. 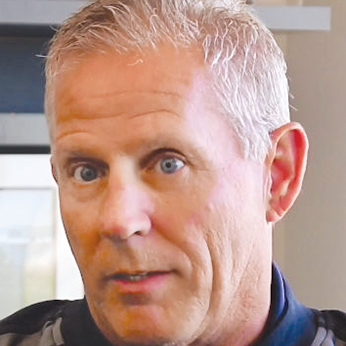 Today, many operate heavily used tractors that are among the least expensive trucks. And even if they could obtain an electric truck, there’s almost nowhere they could charge it, especially at a rate that doesn’t result in profit-cutting delays.

Charging stations can be built, but they will have to be the so-called Megawatt Charging System, rated at 1,250 volts and 3,000 amps, under development by the CharIN industry task force.

“While not as fast as ­diesel, somebody can fill up in about 20 minutes and hit the road,” Bliem said. “Anything less is an illusion. Nobody is going to park at a public charging site for two hours with a driver sitting there doing nothing.”

People often have misconceptions about charging infrastructure because of their familiarity with electric passenger car charging, Penske’s Rosa said.

He found that potential leasing clients don’t understand the significant increase in complexity and cost required to charge Classes 4-8 commercial vehicles. It’s not like wiring a passenger car charger into a garage.

Working with the local utility to make sure there is enough available power takes far longer than people expect. The cost of the equipment and construction can be substantial, he added.

“It takes a year to a year and a half, depending upon what you need. And with today’s supply chain challenges and shortages of various things, it could take two years right now to put in your infrastructure,” Rosa said.

And then there is the cost factor.

Without incentives and subsidies, Rosa figures the price of an electric Class 8 truck is 2½ to three times that of a comparable diesel vehicle. There’s less of a price penalty for smaller electric vehicles, he said.

“Add in the infrastructure challenges, the real estate challenges that go with that, and you’re looking at $450,000 without subsidies. That’s a really hard total-cost-of-operation case,” NFI’s Bliem said.

An equivalent new diesel truck sells for $125,000 to $150,000 and requires no infrastructure investment.

All told, that’s why large fleets are just dipping their toes into electric trucking for now.

It also has several pilot programs operating in Europe.

But for now, XPO says electric trucks still have too many technical and economic obstacles blocking greater deployment.

“Until the charging infrastructure is fully in place, the industry will be limited to charging at a fleet’s home base and the vehicles will be best for urban or regional operations,” XPO said in a statement.

The less-than-truckload carrier said there still are range ­issues that make it hard to use electric trucks on varied routes with different elevations, payloads and stops. Finally, it calculates the acquisition cost is three to seven times higher than an equivalent diesel-powered vehicle.

XPO and NFI rank Nos. 3 and 16, respectively, on the Transport Topics Top 100 list of the largest for-hire carriers in North America.

Despite the hurdles, manufacturers producing pickups to Class 8 tractors are confident that electric trucks gradually will replace diesel models and they continue to push forward with development and commercialization.

North America’s largest incumbent truck makers as well as electric vehicle companies such as BYD are working to scale up their electric truck businesses.

Daimler Trucks North America has 40 prototype battery-electric Freightliner eCascadias and eM2 box trucks operating under test conditions with about 50 customers. The truck maker plans to launch series production of the Class 8 tractor in 2022, with eM2 production slated to begin the following year, the company said.

Volvo started producing its VNR Electric earlier this year and has about 150 units in operation for various customers, mostly in California. But electric truck deployments are expanding in other regions as well.

Meanwhile, a significant market for electric cargo vans and pickups is beginning to take shape. Ford already has 160,000 reservations for the electric version of its flagship F-150 pickup truck, and Rivian has an order for 100,000 delivery vans from online retail giant Amazon.

Regardless of the financial and infrastructure hurdles, motor carriers and shippers need to start planning for an electric future now, said Didem Cataloglu, CEO of Direxyon, a financial modeling platform based in Montreal.

“With all of the regulations that are prioritizing clean ­energy and zero emissions, companies need to have a plan ready to make sure that the transition happens,” Cataloglu said. “It’s not something that’s going to happen overnight. So that’s why the transition planning needs to start now.”

Rivian Stumbles in Earnings Debut With Miss on EV Output