Electric Car Charging Stations Are Finally About to Take Off 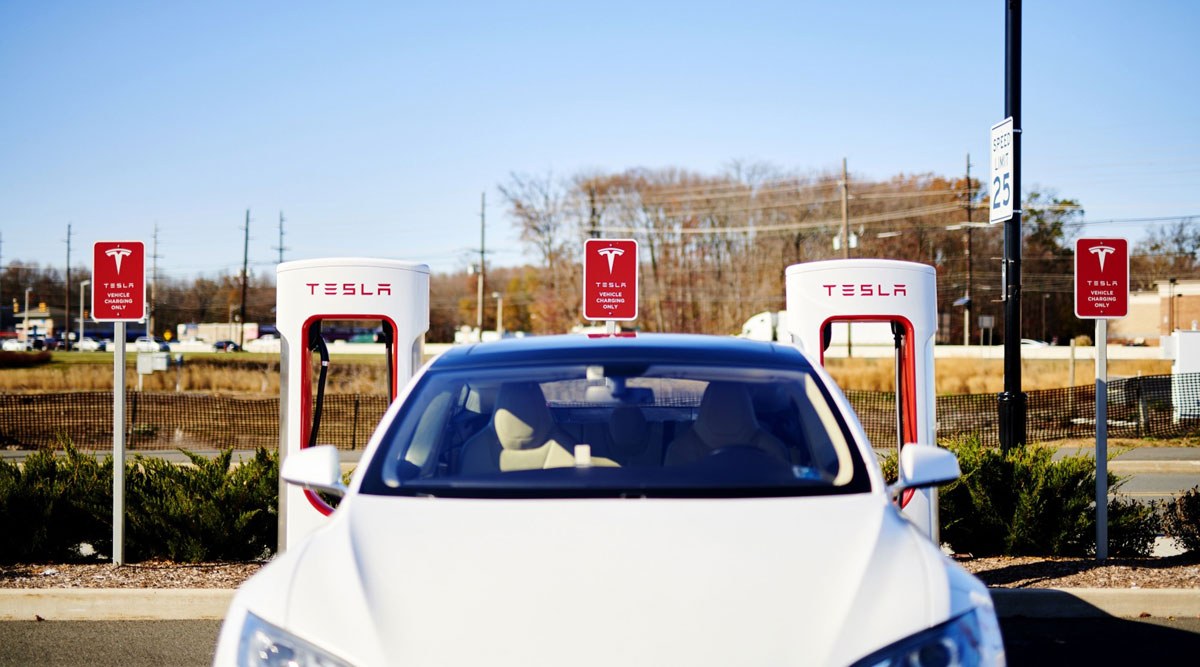 A Tesla vehicle sits parked in front of a charging station in New Jersey in November 2019. (Gabby Jones/Bloomberg News)

It may be the coronavirus pandemic that finally breaks the stalemate. BloombergNEF’s latest Long-Term Electric Vehicle Outlook predicts that EV sales will experience a smaller dip than traditional auto sales as a result of the broader economic squeeze, and that they’ll bounce back more quickly once the market recovers. EVs and the infrastructure needed to charge them have also been a part of many of the stimulus packages announced by European and Asian governments. Just in the past few weeks, Germany included chargers in its €2.5 billion-euro ($2.8 billion) proposed economic package, and the European Union announced that it’s aiming to have 1 million public chargers by 2025, from fewer than 200,000 today.

“There’s absolutely a case for vehicle charging infrastructure to be part of the recovery,” says Matt Allen, CEO at Pivot Power, a U.K. battery and charging developer. Fast chargers demand large amounts of power in one location and the installation is difficult and expensive, he says. Government investment could help companies clear that hurdle, create much-needed jobs and give the economy a further boost as the EV sector expands.

“It will make smaller, more niche projects more investable because more EVs driving around mean a bigger customer base,” Allen says, adding: “We want stimulus, not a long-term crutch for the industry.” 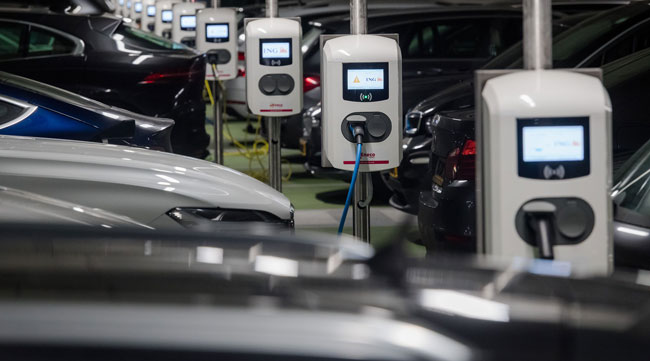 The key is to get drivers past the so-called anxiety range, or the fear of running out of battery life and winding up stranded on the road. Until recently, however, that wasn’t a challenge anyone particularly wanted to take on, says Javier Guerra, a managing partner at private equity firm Satif Group and an early investor in California plug-in venture ChargePoint. Carmakers had no incentive to build chargers other brands could profit from (Tesla Inc.’s chargers, for instance, only fit its own cars and are mainly designed for home use), while utilities, oil companies and institutional investors considered the sector to be too young, too risky, or both.

“When I started to look at [EV charging] back in 2016, very few people saw the point, and there was little money to be made,” Guerra says. Since then, the cost of EV batteries has declined by 43%, according to BNEF, making EVs much more accessible for the average car-buyer. That, together with stricter emissions regulations in Europe and China, has convinced large investors that EVs are poised for a breakthrough.

“I don’t think there are clear winners yet,” says Aleksandra O’Donovan, head of electric vehicles at BloombergNEF. “Oil majors invest in EV charging either because they can or must as it is mandated, and they can afford to hedge on the future.”

Based on its estimates for EV adoption over the next 20 years, BNEF projects that 12 million public EV charging points will be needed globally by 2040, up from fewer than 1 million today. That will require a worldwide investment of about $111 billion.

Oil majors and utilities have rushed into the sector, starting with Royal Dutch Shell Plc, which bought charging network NewMotion in 2017; the company now owns or operates 142,000 chargers across Europe, and entered the U.S. market last year with the purchase of infrastructure and software provider Greenlots. Rival BP Plc, meanwhile, acquired Chargemaster and its 7,000 stations for $170 million in 2018. 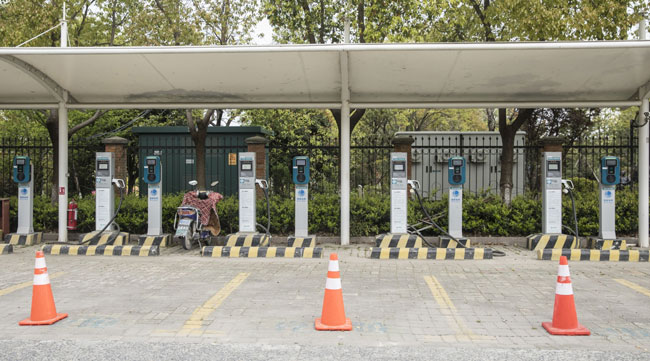 Utilities see the electrification of transport as a potential savior. Global electricity consumption is expected to slow as industries and appliances become more energy efficient, but EVs could help prop up residential demand.

“As an electric vehicle user you don’t need to go to a petrol station anymore—you leave your house fully charged. It’s a completely different concept,” says Luis Buil, global head of smart mobility at Spain’s Iberdrola SA. “We’re already in the grid and we can guarantee that the power you charge your car with is 100% renewable.”

Iberdrola announced in March that it would accelerate plans to spend 150 million euros ($170 million) on its own fast-charging network. And French utility EDF, which already owned over 100,000 charging points across Europe through its subsidiary Izivia, acquired a majority stake in Pod Point in February, which has more than 69,000 charge points in the U.K. and Norway.

The Holy Grail charger for automakers, oil companies and utilities doesn’t require a grid connection at all. Shell and Tesla, among others, are working toward building a mini-power station with solar panels that can generate and store enough energy to provide a consistent source of charge. If, or when, available commercially, it would make electric vehicles and charging infrastructure fully green.

Sen. Manchin Cites ‘Grave Concerns’ About US ‘Going to the EV’