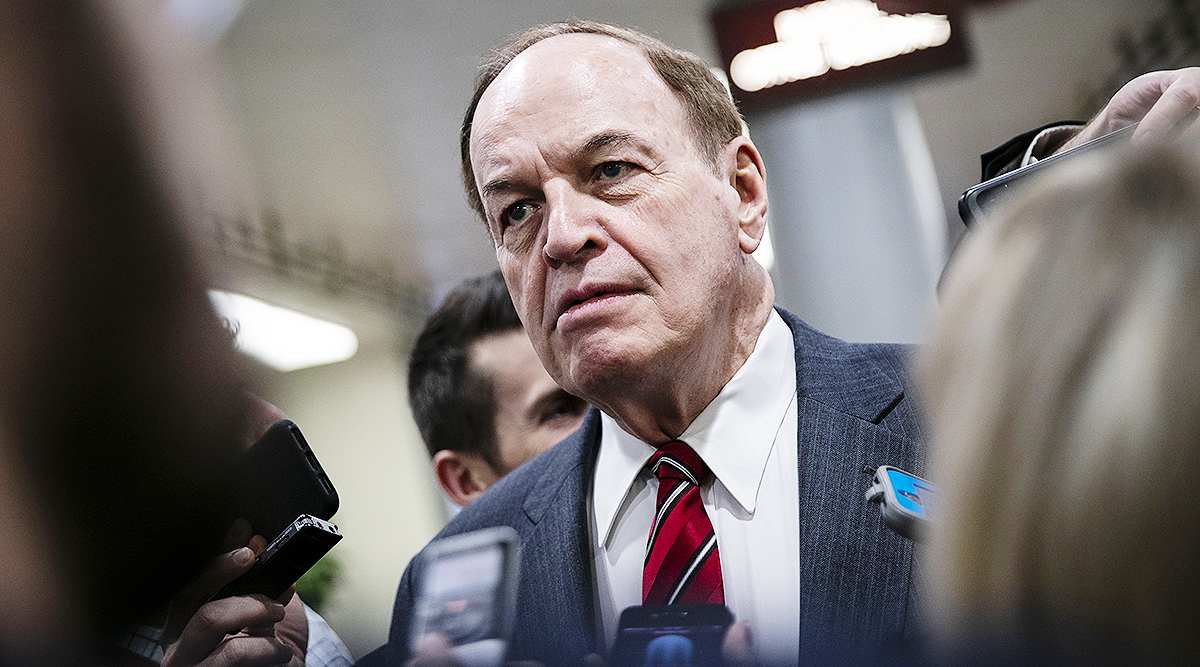 Included in the law signed by President Trump Feb. 15 that funds federal agencies through fiscal 2019 is a provision that exempts livestock and insect haulers from the electronic logging device requirement.

The fiscal funding agreement was advanced in the Senate Feb. 14 by a vote of 83-16 and in the House 300-128. Failing to enact the funding deal by the end of Feb. 15 would have led to another partial shutdown of federal agencies.

Beginning in December 2017, federal law required truckers’ driving time to be recorded via ELDs. According to the Federal Motor Carrier Safety Administration, livestock and insect haulers currently operate under an ELD exemption.

Funding for infrastructure grants popularized during the Obama administration are reduced in the law.

The Better Utilizing Investments to Leverage Development, or BUILD, grants will receive $900 million, a $600 million reduction from fiscal-2018-enacted levels. Funding allocation for the grants will be split evenly between rural and urban centers.

The measure provides $1.37 billion for Mexican border barriers. The 116th Congress kicked off last month. A shutdown of federal agencies through Jan. 25 was the longest in history. High-level border funding disputes contributed to the recent shutdown. As a candidate, Trump said Mexico would fund a wall on the southern border.

.@PressSec: President Trump will sign the government funding bill, and as he has stated before, he will also take other executive action—including a national emergency—to ensure we stop the national security and humanitarian crisis at the border.

“We cannot repeat the disastrous government shutdown, so it is incumbent on Congress to come together to responsibly fund our government. This legislation represents a bipartisan compromise and will keep our government open while funding key priorities,” House Appropriations Chairwoman Nita Lowey (D-N.Y.) said. “This agreement denies funding for President Trump’s border wall and includes several key measures to make our immigration system more humane.”

In conjunction with signing the bill into law, Trump declared a national emergency on the U.S. southern border in a bid to unlock more money to build his proposed wall. The legislation provides about $1.4 billion for the controversial project.