Many Fleets, Shippers Continue to Use EDI Despite Newer, More Flexible Alternatives 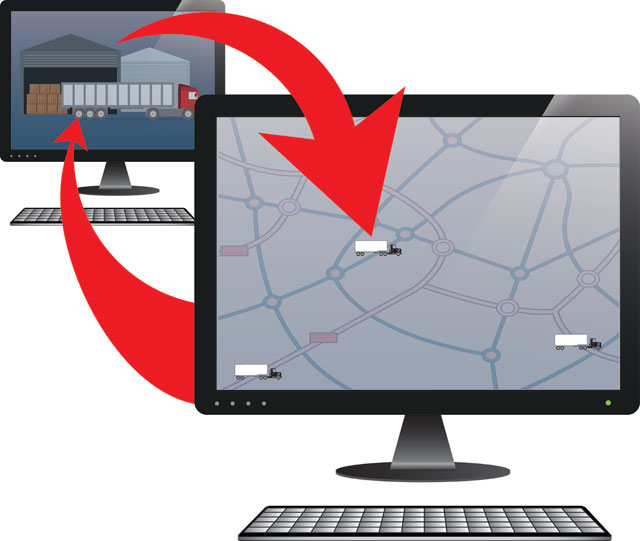 Standard electronic data interchange generally works well, and many fleets have invested heavily in it over the years. Those are two big reasons that some trucking companies cite for continuing to use it.

However, some technology vendors said standard EDI — the transmission of data between computers following a strict format that was defined decades ago — is outdated and inefficient.

Carriers need systems that generate “dynamic rate quotes that take into account market conditions and quickly get those rates in front of shippers and [third-party logistics providers],” said Wally Ibrahim, chief technology officer of Project44, a technology firm based in Chicago. He cited the pricing models of airlines or sporting events, noting, “They fill their seats based on variations in their supply and demand.”

That ability to do “real-time, online pricing” is powered by API Web services, Ibrahim said.

API Web services — the letters stand for application program interface — allow different computer systems to communicate with each other. Compared with standard EDI, they provide flexibility and enable a faster, more efficient exchange of electronic documents such as load tenders, shipment status and invoices, Ibrahim and other vendors said.

“Freight APIs are the best technology solution for carriers to communicate in real time with their shippers and 3PLs — and vice versa,” Ibrahim said.

Covenant, based in Chattanooga, Tennessee, ranks No. 46 on Transport Topics’ Top 100 list of the largest U.S. and Canadian for-hire carriers.

Standard EDI “is the easiest [way] because we know how to pull the data out of our system,” said Steven Edmonds, vice president of information technology at truckload carrier Celadon Group. He cited as an example a shipment status document — “a 214” in EDI-speak — that provides information about a shipment’s pickup time, location and expected delivery time.

“We know that format,” Edmonds said. “It’s easy to take our data and put it into that format.”

Carriers use integration or “translation” software that converts data into and out of standard EDI format.

“The translation software package takes the data from our system [and] puts it in the EDI format,” said Edmonds of Celadon, which uses TrustedLink. The software also monitors and tracks EDI documents. “It’s a complete system,” Edmonds said, adding that the software was “very expensive.”

GXS’s software for EDI integration also can translate the carrier’s data into extensible markup language, or XML, a format for data that is less structured and more flexible than HTML format. The latter is the format used in standard EDI to define exactly how elements must be displayed.

Edmonds said that only a minority of Celadon’s customers want their EDI documents in XML.

“If we did not have a translator package that did that automatically, we probably would not support XML today just because that would be additional staffing I would have to hire,” he said.

“It‘ll receive files from the schema that a customer gives us and import them into our transportation management system,” he said.

“We were a mainframe shop back in 2011, and we had our own in-house developed EDI translator,” Bicknell said. The carrier started implementing “third-party products to make us more efficient as an IT department,” he added, and that necessitated purchasing EDI translation software. Six months to a year after implementing the translation software, USA Truck’s IT department was able to reduce its EDI staff — four or five people — by about half, he said.

“The software is able to do FTP, which is file transfer protocol, and it’s able to do AS2 — those are the two most widely used connection protocols to transfer data between customers and carriers,” Bicknell said.

FTP is a protocol used to transfer files over networks such as the Internet. Applicability Statement 2, or AS2, is a specification for EDI between businesses using the Internet’s Web page protocol, called Hypertext Transfer Protocol, or HTTP.

USA Truck and Covenant use translation software supplied by Extol International, of Pottsville, Pennsylvania. “There have been over the years a lot of predictions that EDI is going to become an obsolete technology,” said Anthony Baran, CEO of Extol. “We’re not really seeing that. It’s been around a long time, but it serves its purpose well. It’s a fluid technology in that it’s been updated periodically, based on user needs and user requirements.”

“There are certainly many U.S. trucking companies that have invested heavily in EDI, it’s a system that works and has worked for years and [it] is ingrained in their networks,” said Haley Garner, head of research and content for eye­fortransport, a U.K.-based research and consulting company specializing in supply chains and logistics.

But a survey by the firm, and conversations with executives, identified shortcomings and dissatisfactions, Garner said. Among them: “EDI is not formulated to accept images; the standard fluctuates; it is archaic and will inevitably change; newer customers don’t use it or want to use it; there are services on the market that offer good alternatives; it is too expensive.”

He summed up EDI as “a dynamic standard that is heavily ingrained in the U.S. trucking industry.” Because of the expenses to set up standard EDI, it is being replaced by “modern technology, namely Web services and FTPs that are able to speed up the process,” he said.

As a standard for laying out data, EDI “won’t necessarily be replaced by APIs or Web services in the near term,” Garner said, “but the standard is also in need of updating to respond to the quicker pace of the supply chain and the sheer amount of data being interchanged between various partners.”

He predicted that EDI will change because “as the amount of data increases and the need for ‘real-time’ [performance] increases” the standard will eventually be unable to keep up. “That’s not likely for another several years though,” he said.