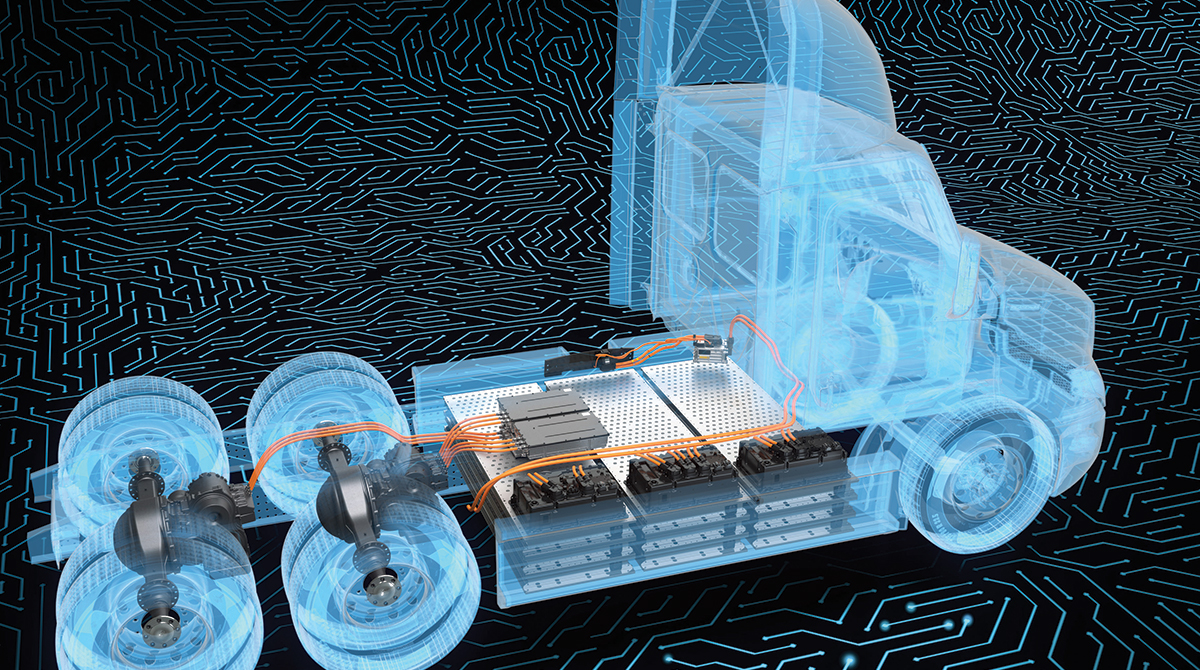 Initially, the Detroit ePowertrain will offer an eAxle design operating at 400 volts and be offered in two variants suitable for a variety of commercial vehicle applications.

A legacy of purposeful innovation. A brand new era for the industry.

Its Detroit division, which builds heavy-duty engines, axles and transmissions that drive many Freightliners, is based in Detroit.

Initial production of the Detroit ePowertrain is expected to begin in late 2021. The start of production for both battery-electric Freightliner models begins in 2022.

“Our investment in Detroit, and in the city of the same name, harkens a new era for a storied name in the global automotive landscape,” said Richard Howard, senior vice president of sales and marketing for the on-highway segment at DTNA.

The new powertrain, Howard said, is intended to give “buyers the same level of confidence that comes with our conventionally powered portfolio.” It is intended to fit into Daimler Trucks’ global platform strategy to establish a uniform basic architecture for their lineup of battery-electric vehicles.

The Detroit ePowertrain will come with a choice of three battery offerings, including a 210 kilowatt hour version, a 315 kWh version, and a 475 kWh version. Battery packs are composed of arrays of lithium-ion prismatic cells. In Detroit’s first ePowertrain offerings, the maximum range specifications will exceed 230 miles on a full charge for the medium-duty eM2 and 250 miles for the Class 8 eCascadia tractor.

The Freightliner dealer network will provide sales, support and service for the ePowertrain systems and battery packs. — Transport Topics