Cost of Trucking's Main Fuel Has Risen 26.5¢ in Three Weeks 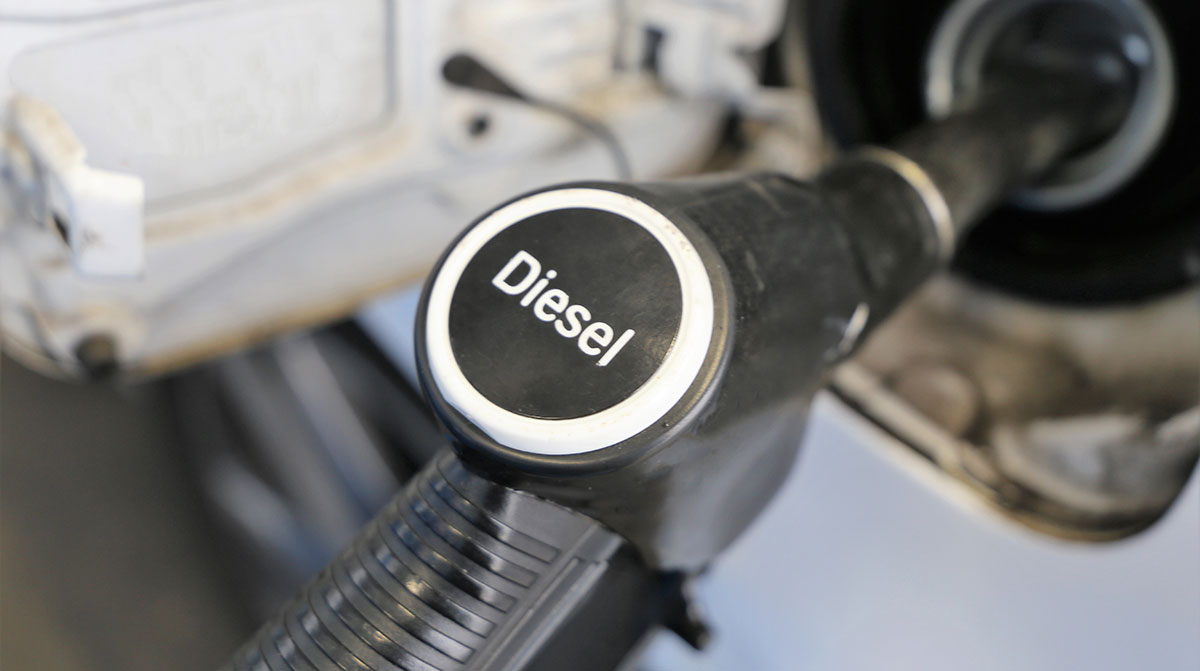 The national average price for a gallon of diesel costs the most since Nov. 10, 2014. (Getty Images)

The national average price of diesel continued to surge, spiking 8.5 cents to $3.671 a gallon, according to Energy Information Administration data released Oct. 18. 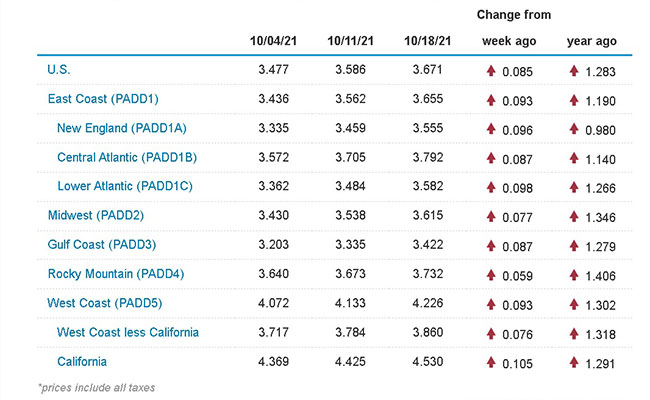 Average cost for a gallon of diesel rose in all 10 regions in EIA’s weekly survey, with the largest being 10.5 cents in California and smallest being 5.9 cents in the Rocky Mountain region.

Demand for diesel is set to surge to its highest since 2018 next year as truckers continue to clear a backlog of deliveries accumulated during the pandemic, according to an EIA report.

EIA predicts diesel consumption, which already has surpassed its 2019 level, will rise an additional 3% to 4.11 million barrels a day next year.

Product supplied is considered a marker for demand.

The expected increase in 2022 is an indicator that the supply chain crisis rocking companies from Apple Inc. to Toyota Motor Corp. could last well into next year, according to Bloomberg News. Around the California ports of Los Angeles and Long Beach, a gateway for imports of goods from Asia, there’s a backlog of around 100 containerships waiting to discharge cargo ranging from computers to gardening equipment.

Ihsan Abdul Jabbar, oil minister of OPEC’s second-largest producer, and Russia’s President Vladimir Putin both said earlier in October it is possible crude oil prices will hit $100, while the boss of trading giant Mercuria Energy Group Ltd. said prices could reach that level this winter. The talk comes as global oil inventories continue to decline, with analysts forecasting stock draws of about a million barrels a day in the fourth quarter.

Winter is coming: We forecast that avg U.S. household spending for home #heating #fuels will increase due to higher expected fuel costs as well as more consumption of energy as a result of colder temps https://t.co/vhRNAjwyuQ #natgas #STEO #electricity #propane #heatingoil pic.twitter.com/JFqmJLHNXA

“Be consistent in your use of a fuel supplier(s) throughout the season to make sure that you are getting the right formulation of deicer/stabilizer additives for your operating environment that are used throughout the cold season, not just when temperatures are extreme,” Jack Legler, technical director of American Trucking Associations’ Technology & Maintenance Council, told Transport Topics.

“Water is not your cold-weather friend; make sure there is none in your system, your trucks as well as on-site storage,” he added. 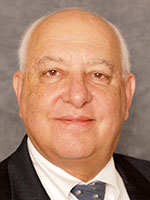 • Change filters early in the season to reduce the chances of clogging due to ice or wax.

• Be careful not to fuel up immediately after fuel is delivered into storage tanks to reduce introduction of moisture or contamination.

• Be sure that fuel system heaters are functioning at their optimum and keep them in good repair.

• Keep tanks full overnight when there are significant swings in temperature and drain fuel/water separators frequently to reduce the chances of ice formation.

• Be careful if fueling in a warm climate immediately before a trip into a cold one. The fuel may not be formulated for harsh winter conditions.

• Make sure whoever is selling you fuel is paying attention to these factors as well.

Diesel Spike of 9.7¢ Is Most in More Than Three Years