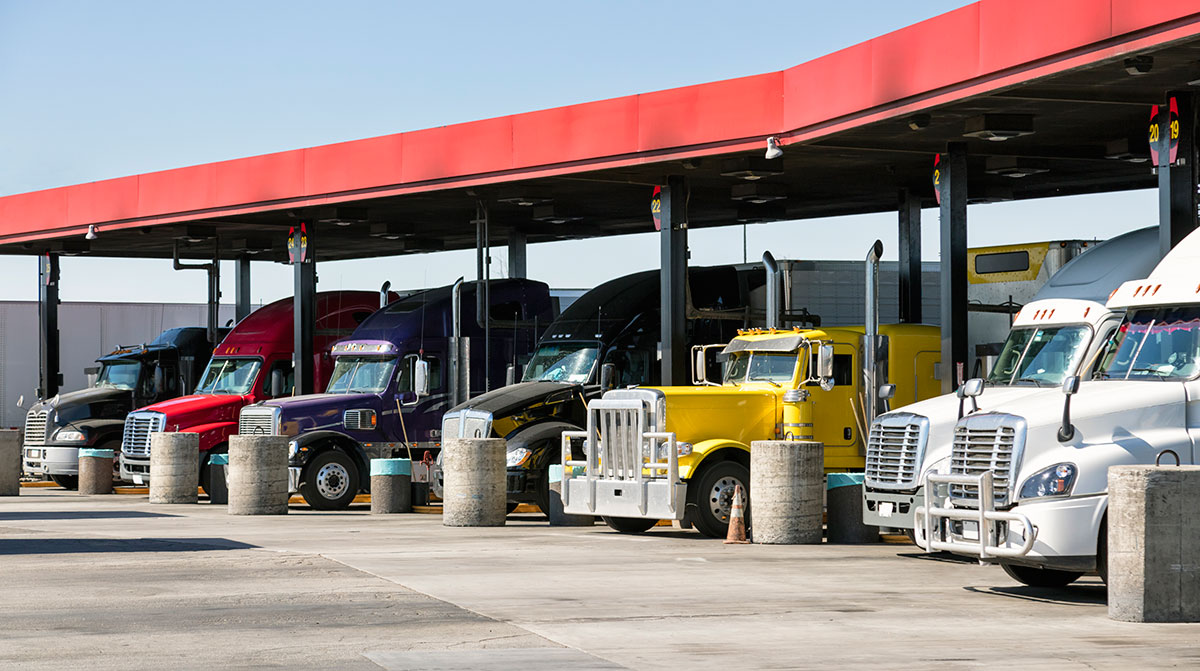 Trucks take on fuel at a station in California. Diesel prices there dropped 12.5 cents a gallon, the least amount among the 10 regions in EIA's weekly survey. (Bim/Getty Images)

The national average price for diesel fuel continued to tumble, falling 15.8 cents to settle at $4.596 a gallon, according to Energy Information Administration data released Dec. 19.

Diesel’s price, on average, has fallen six consecutive weeks for a total of 73.7 cents. The last time the cost was below $4.60 was Feb. 28, when it was $4.104 a gallon. A gallon of trucking’s main fuel still costs 97 cents more on average than it did at this time the year before.

The average price decreased in all 10 regions in EIA’s weekly survey, ranging from a high of 22.6 cents in New England to a low of 12.5 cents in California.

Meanwhile, the national average price of gasoline shed 11.9 cents to $3.120. A gallon now costs 17.5 cents less than it did at this time a year ago. 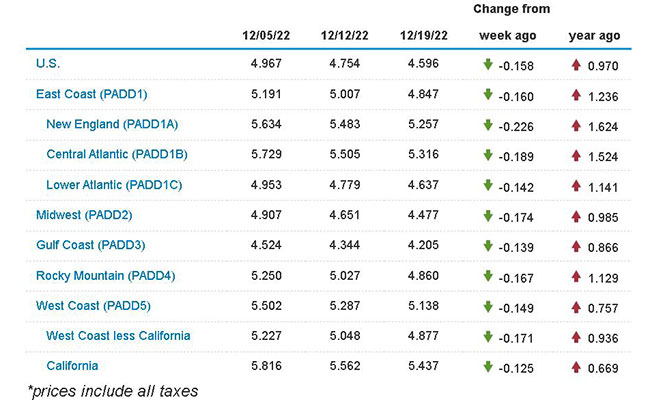 This came as EIA reported the West Texas Intermediate crude oil futures price on Dec. 21 was $78.29 per barrel. That was up $1.01 compared with a week earlier and $7.17 higher compared with a year earlier.

“Energy traders seem to be ready for the holidays as we are not really seeing any exciting moves,” Ed Moya, senior market analyst at OANDA, told Bloomberg News. “The oil market’s biggest wild card is China, and optimism is still strong that the reopening will continue and eventually lead to more demand for crude.”

U.S. diesel demand has fallen year-over-year through the fourth quarter as part of a broader trend of slower economic growth and a normalizing freight market, according to Matt Muenster, chief economist at freight tech company Breakthrough.

“The combination of those dynamics suggests there is adequate refining capacity to meet demand and the market remains capable of achieving a supply-demand balance,” he said.

Muenster expects the volatility the diesel market experienced during 2022 to spill over into 2023 for familiar reasons:

Breakthrough expects diesel prices will remain below the extremes experienced during 2022 “but above the low-price environment enjoyed from 2015 to 2019,” he said. “We encourage shippers and carriers to maintain elevated transportation energy price forecasts.” 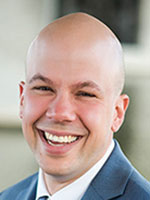 At the same time, the use of renewable diesel in 2023 will continue to grow, Muenster added.

“Guidance from the Environmental Protection Agency continues to suggest renewable fuel volumes will be incentivized to grow next year,” he said. “By some estimates, the global renewable diesel market is expected to triple over the next five years.”

In related news, Energy Secretary Jennifer Granholm extended an olive branch to the oil and gas industry, telling executives at a meeting recently in Washington that she recognizes fossil fuels will be around for a long time, even as the Biden administration works to transition from them to cleaner alternatives, Bloomberg reported.

“We are eager to work with you,” she said at the Dec. 14 meeting of the National Petroleum Council, an outside federal advisory group that includes executives from Exxon Mobil Corp. and Royal Dutch Shell Plc. “Moving too fast could have unintended consequences that hurt people, cause backlash.”

Her remarks come at the end of  a year that’s seen a deterioration in the relationship between the industry and the White House. Biden has accused fossil fuel companies of price gouging and has weighed additional taxes on their profits as well as curbs on exports of refined oil products, Bloomberg noted.

Granholm nodded to that friction in her remarks to the group and began by acknowledging the “elephant in the room” and that the administration has “butted heads” with industry. Fossil fuel production will need to increase in the near future to meet growing demand, including a shortage of diesel in the Northeast, she said.