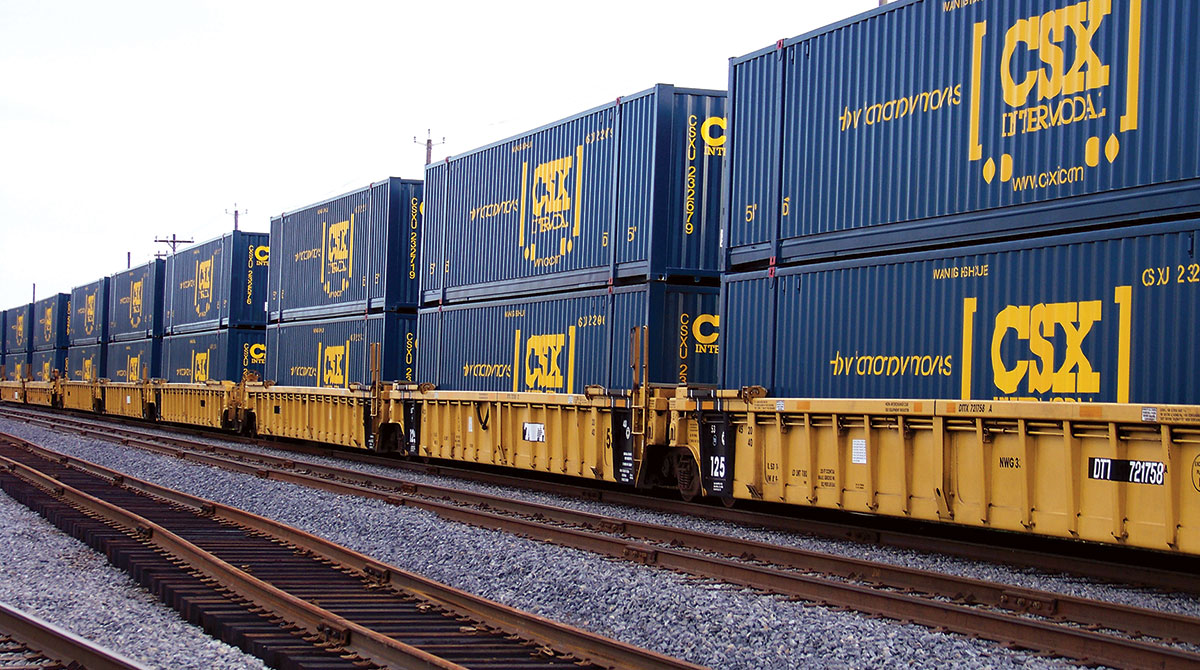 One of the affected railroads is CSX. (TT File Photo)

OMAHA, Neb. — A last-minute deal prevented a railroad strike for now, but many rail workers remain unhappy with working conditions, including some who protested outside their workplaces Sept. 21 ahead of votes to approve the new contracts.

Handfuls of workers gathered outside railyards across the country in pickets organized by a newly formed workers group separate from the 12 unions that negotiated the deals last week with the major U.S. freight railroads. The protesters expressed dissatisfaction with the deals, just as the unions are trying to explain the potential benefits they negotiated to their roughly 115,000 members ahead of contract votes.

Fears about the dire economic consequences of a rail strike that could cripple all kinds of businesses that rely on railroads to deliver raw materials and finished goods prompted the Biden administration to jump into the middle of the contract talks and urge both sides to reach an agreement. The contract talks included Union Pacific, Norfolk Southern, BNSF, CSX, Kansas City Southern and a number of other railroads, so the entire country would have been affected by a strike

Nearly a dozen BNSF workers gathered near Minot, N.D., on Sept. 21 with homemade signs declaring “We demand more!!” and “We will not back down.” Another group of a half-dozen workers stood outside their worksite in Olathe, Kan., with signs saying “Railroad greed driving inflation” and “Greedy railroads harming nations supply chain.”

Workers’ concerns about time off and demanding attendance policies at the railroads took center stage in the negotiations. In the end, the unions that represent engineers and conductors secured a promise of three extra unpaid days off for workers to attend doctors’ appointments without being penalized and improved scheduling of days off to go with the 24% raises and $5,000 in bonuses that a special board appointed by President Joe Biden recommended this summer for the five-year deals.

It remains to be seen whether those concessions are enough to get workers to vote for these deals. A branch of the International Association of Machinists and Aerospace Workers union rejected a deal last week that didn’t include those extra days off, so they are back at the table now working on a new pact. Two smaller unions did approve their deals, but the nine other unions will be counting their votes at various times over the next two months.

The two biggest unions that held out the longest — the Brotherhood of Locomotive Engineers and Trainmen union that represents engineers, and the Transportation Division of the International Association of Sheet Metal, Air, Rail and Transportation Workers union that represents conductors — aren’t expected to report the results of their votes until mid-November. Members of those unions are still waiting to see all the details of the deals that Biden announced Sept. 15 because lawyers are still finalizing everything before the full agreements get released.

That puts any potential for a strike out beyond the midterm elections, which mitigates the potential political impact of the talks for Biden and the Democrats. If any of the unions do reject their contracts, Congress could still be forced to step in.

Recently retired engineer Marilee Taylor, who left the railroad in Chicago after more than 30 years earlier this year when BNSF imposed the strictest attendance policy in the industry, said she doesn’t think the tentative agreements do enough to address the schedule and workload concerns after the major railroads eliminated nearly one-third of their workforces over the past six years. Unions say the railroads’ strict policies make it hard to take any time off without a penalty.

“The issue remains we’re working fatigued,” said Taylor, who is active with the Railroad Workers United coalition that urged workers to go on strike. “The safety of ourselves, our coworkers and the people that we serve — whose communities we run through — are at risk. ... These conditions are losing many, many workers who cannot maintain 90% of their every breathing moment in service or at the behest of the railroad.”

Norfolk Southern engineer Hugh Sawyer said it’s hard to tell how many workers will ultimately vote for these deals because they might decide these agreements are the best they can get, although he said he’s not hearing many people happy with them. Even if they remain frustrated, workers may not be willing to go on strike and risk having Congress intervene and impose a contract on them that could be worse than what the unions agreed to.

“We’re sick and tired of the way we’re treated out there,” said Sawyer, a 34-year veteran of the railroad who serves as treasurer of the Railroad Workers United group that includes workers from all the unions. “There’s a lot of anger out there.”

One example of the schedule challenges rail workers face is that Sawyer just had outpatient surgery done earlier this week on one of his days off, but he has no idea when he’ll be able to schedule an appointment to have the stitches removed from his head next week because he’ll be on call then and doesn’t know when he’ll be working.