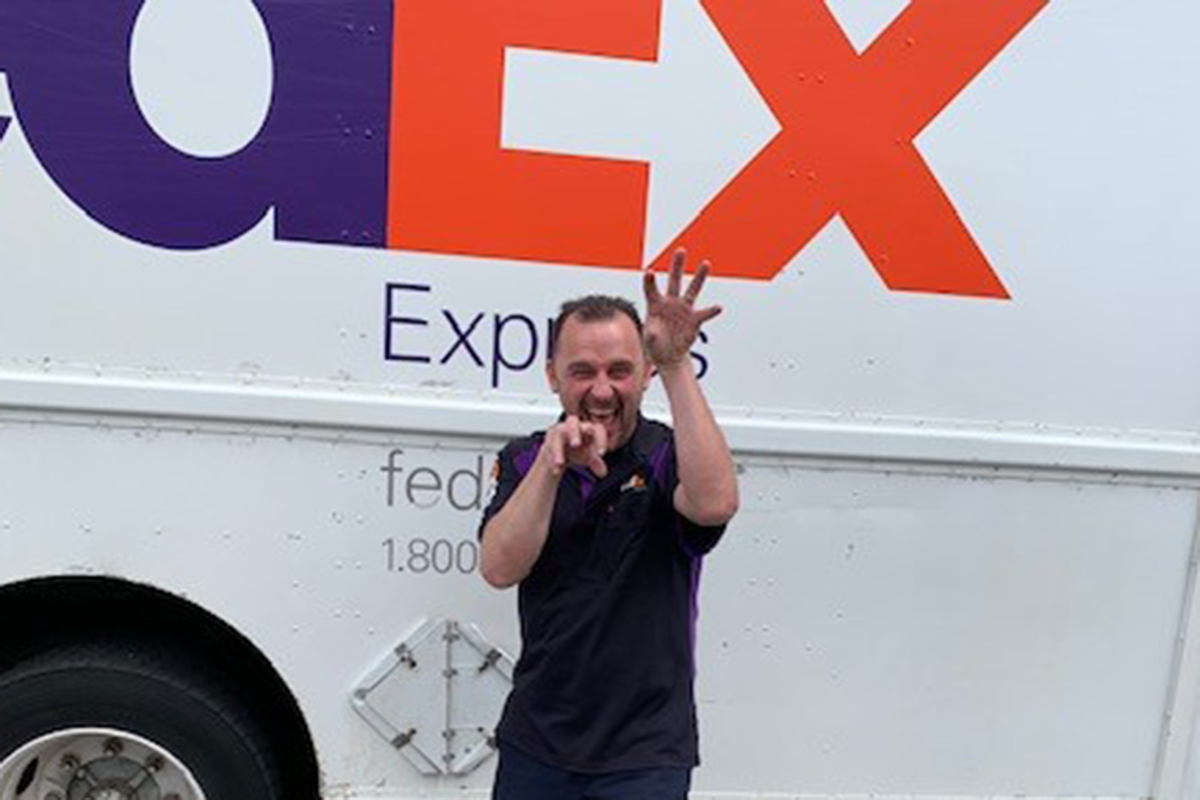 This year they'll both be at nationals, but won't have to worry about going head-to-head.

“I’m kinda happy he’s in Step Van, and I’m in Straight Truck and I don’t have to go against him, because he’s a fierce competitor,” David joked.

The father-son duo, both of FedEx Express, are headed back to this year’s NTDC in Pittsburgh together as competitors. David won this year’s Rhode Island title out of the Straight Truck category June 1, and Stephen took first place in Step Van for the second straight time this past weekend in New Jersey.

David, who has compiled about 1.4 million accident-free miles, has competed in eight Rhode Island championships and now has six first-place wins, but this was his first time being named Grand Champion.

“I thought I did pretty well on the course, but I wasn’t expecting Grand Champion,” he said. “When I received the call, I was very surprised and happy.”

David’s son helped get him to this point.

“When I needed to train, he would come in and score me, and set up some obstacles for driving, time me on my pre-trip to find defects,” David said. “He got interested in it, and when he transferred to New Jersey, he decided he was going to take a shot at the Jersey state competition. Year before last, he came in third place, and he scored the highest in the written, which was a good accomplishment for a rookie. And then last year, he actually won.

To see him get his award, that actually brings tears to my eyes just to even think about it, because it was a helluva moment for a father to see his son up get up there and accomplish what he did.

David Lumpkin, FedEx Express driver on watching his son compete at the 2018 NTDC

“For me, when he made it to nationals and was able to compete with me, because he did Step Van as well, pretty much out of my 28 years here at FedEx, that was my proudest moment,” David continued. “To see him get his award, that actually brings tears to my eyes just to even think about it, because it was a helluva moment for a father to see his son get up there and accomplish what he did.”

David, who lives in Ashaway, works out of Providence and originally is from Savannah, Ga., would like to improve his result at NTDC. But watching his son succeed is what brings him the most joy.

“As a goal, I would love for him to be with me again to be able to walk across that stage and have first place at nationals,” David said. “That’s what I’d like to see, to see my son go across the stage and win first place in Step Van.”

David applauded his managers at FedEx for always being helpful regarding preparation for the championships.

“I want to say some managers and some of the safety staff, they don’t get the recognition they really deserve,” he said. “Here at my [Providence] station, I had an awesome senior manager a few years ago, Scott Wilbur, he was very very supportive. … When there’s a transition where a manager goes to a different location or a new one comes in, once I mention the truck driving competition and how it works, they are very willing to step forward and say, ‘whatever you need, Dave, we’ll be sure to get it.’ ”

David noted the support of his current manager, Nick Dwyer, as well.

“[FedEx] definitely gets the tools we need to be able to [practice and compete],” he said. “Without them, I would just have to go to states and be completely blind as far as being able to get behind a truck and being able to train.”