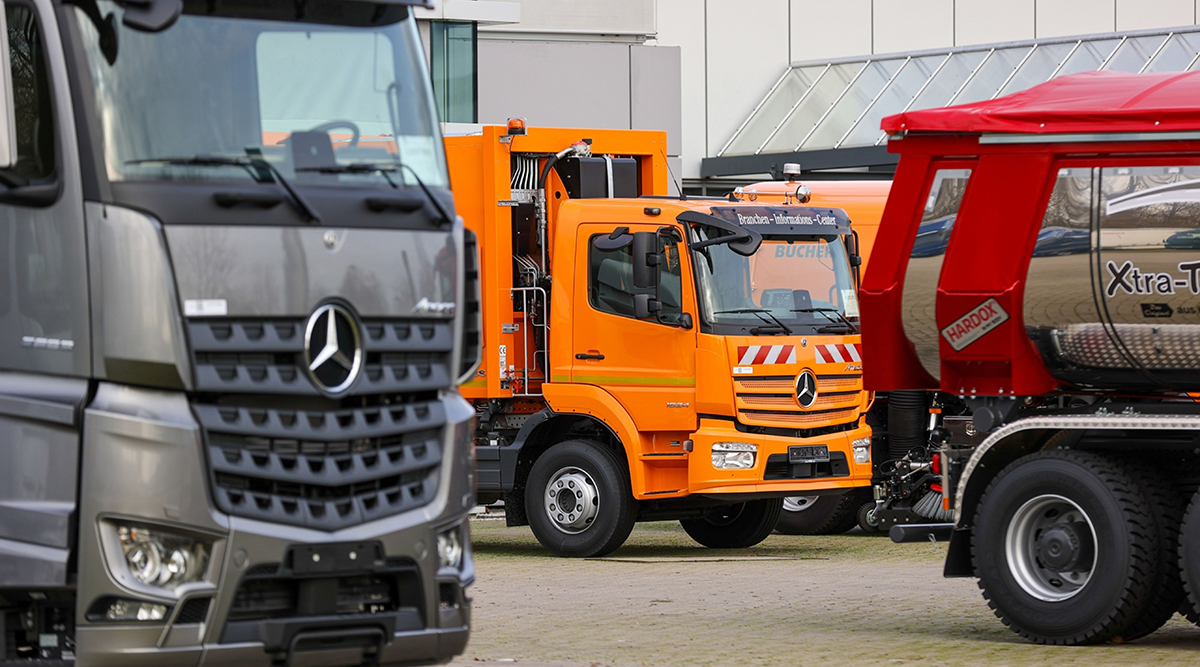 Daimler AG’s truck unit plans to ring in life as an independent company by delivering on savings targets and disclosing regional earnings in a bid to put to bed criticism it’s lagging the returns of rivals.

The world’s biggest commercial vehicle maker has long struggled to turn unrivaled industrial scale into margins that match the likes of Volvo Group and Paccar Inc. Following the completion of its spinoff later this year, Daimler Trucks will boost transparency for investors and measure itself against the best peers in each region, Daimler Truck chief Martin Daum said in an interview.

“Our goal is to be benchmark in every region we do business in,” Daum said at the division’s new headquarters outside Stuttgart, Germany. “We think the direct comparisons will also awaken ambition internally, by seeing what’s possible.”

Daum and his revamped management team will update investors Nov. 11 on its strategic roadmap as the truck maker splits from the Mercedes-Benz luxury cars unit in December. Earlier this month, Daimler shareholders overwhelmingly voted for the deal that will end more than a century of making passenger cars and commercial vehicles under one roof.

Daimler will publish third-quarter earnings on Oct. 29, after returns reached 8.3% for trucks during the second quarter. The lower profitability is partly down to a different product mix in some regions. Daimler’s Fuso operations in Asia primarily sell medium- and light-duty vehicles that are less profitable than heavy-duty trucks. Daum’s team in May still acknowledged the company must push harder to improve returns.

Investors are awaiting progress on a restructuring of truck operations in Europe, where high costs are squeezing returns on sales like the flagship Mercedes Actros heavy truck. Daimler unveiled a battery-powered Actros version in June as the bridgehead to fend off old and new rivals during the industry’s shift toward cleaner transportation.

Electrifying commercial vehicles has proved a challenge even for Tesla Inc., whose market value topped $1 trillion this week. The world’s most valuable automaker didn’t offer an update on its delayed Semi truck project during its earnings presentation this month.

Daimler and Volvo have teamed up on the development of fuel-cell technology to complement their push into battery-electric vehicles. Daimler is also cooperating with Cummins Inc. on medium-duty diesel engines to prepare for declining demand. It’s also weighing more deals to share costs during the historic shift away from the combustion engines.

For now Daimler largely relies on profits from its operations in North America, the industry’s largest profit pool, where the Freightliner brand is the market leader. Sustaining strong earnings in North America and improving returns in Europe and Asia will be key to deliver on its financial goals.

Daimler has set a target of generating double-digit returns by 2025 in favorable market conditions and retain a profit margin between 6% and 7% even in difficult times.

“This is our goal, but our efforts to get better must not stop there,” Daum said. “They must turn into a permanent task,” he said.