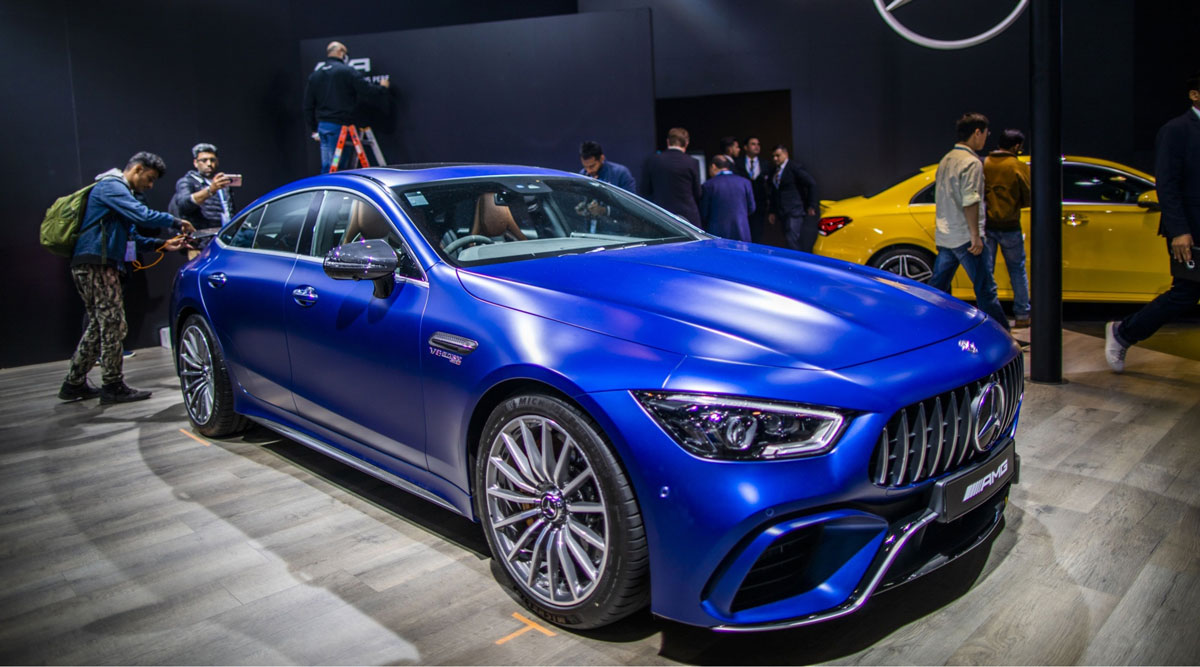 The Mercedes-AMG GT on display at the Auto Expo 2020 in India on Feb. 5. (Prashanth Vishwanathan/Bloomberg News)

Daimler AG’s top management tightened control over its flagship Mercedes-Benz luxury-car unit and the vans division that turned in an outsized loss in 2019.

Chief Executive Officer Ola Kallenius will take over at the struggling vans unit, while Chief Financial Officer Harald Wilhelm is replacing the longtime finance chief at Mercedes-Benz, according to a statement on Feb. 20.

The moves are aimed at flattening reporting lines and making quicker decisions in response to unprecedented change in the automotive marketplace. After three profit warnings in less than a year as CEO, Kallenius last week promised to deliver on significantly higher margins and said he’d consider selling assets to channel more money into automaking.

“The supervisory board is convinced that with the new structure the company is even better positioned for the challenges of the future in a highly volatile environment,” Chairman Manfred Bischoff said in the statement.

Daimler, based in Stuttgart, Germany, is the world’s best-selling luxury-car maker and largest producer of commercial vehicles. It suffered a steep decline in profit last year that forced the company to slash the dividend to the lowest level since the financial crisis.

At the vans unit, a relatively small part of the business, earnings before interest and taxes swung to a negative 3.1 billion euros ($3.35 billion). Wilfried Porth, who was in charge of the business, will focus on personnel restructuring measures in human resources.

At Mercedes-Benz, Wilhelm takes over from Frank Lindenberg, the longtime car-unit CFO. The company also streamlined product strategy and the role of development, purchasing and production, respectively, into the hands of two executives.