Core Producer Prices Decline for First Time in a Year 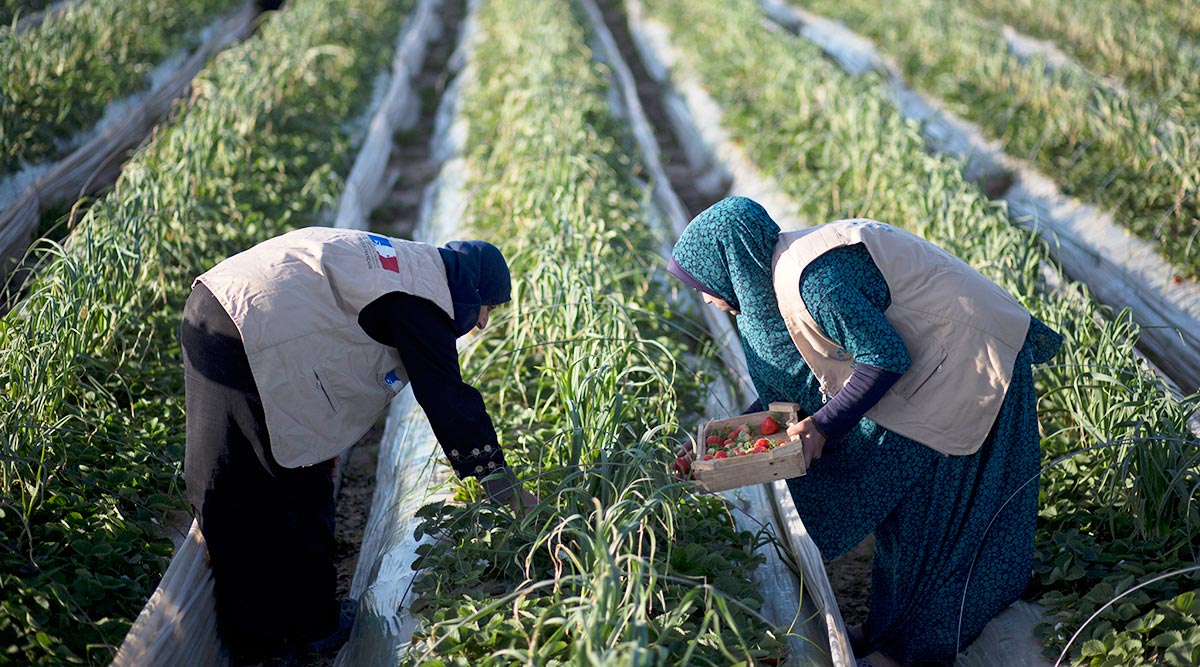 A key measure of U.S. producer prices unexpectedly fell in December and the overall gauge declined more than forecast amid lower oil prices, signaling potential inflation pressures in the economy are contained.

Excluding food and energy, producer prices decreased 0.1% from the prior month, the first decline in a year, according to a Labor Department report Jan. 15. The overall producer-price index fell 0.2% from November after a 0.1% rise. The Bloomberg survey median called for an increase in the core PPI and a drop in the main index.

On an annual basis, core producer-price gains held steady at 2.7% — missing forecasts for 3% — while the broad gauge rose 2.5%, also unchanged from the prior reading. Food and energy prices are typically volatile. 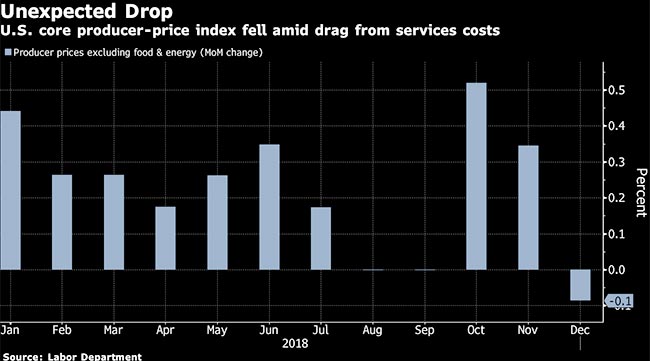 The PPI figures, which measure wholesale and other selling costs at businesses, suggest prices are firming up only gradually. They’re also in line with consumer-price data that showed a drag from energy costs while core inflation held steady, giving the Federal Reserve little urgency to raise interest rates soon.

Within final demand PPI for goods, energy costs fell 5.4% from November, led by a 13.1% drop in gasoline prices, while food costs climbed 2.6%. Producer costs excluding food, energy and trade services — a measure preferred by economists because it strips out the most volatile components — softened to an unchanged month-on-month reading and the annual gain held for a third straight month at 2.8%.

The PPI for services slipped 0.1%, the first decline in four months, weighed down by transportation and warehousing and narrower margins for retailers and wholesalers. That dragged down the core index.