Conversation Begins About Who Will Pay for Suez Canal Crisis 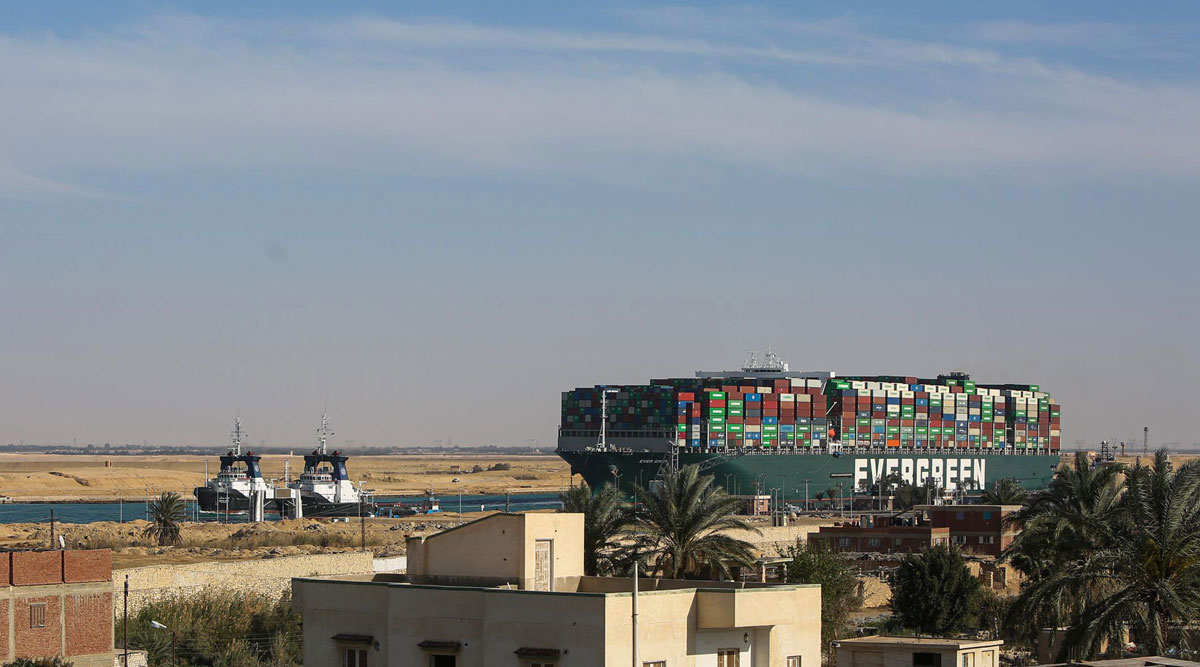 Tug boats pull the Ever Given containership along the Suez Canal after dislodgement on March 29. (Islam Safwat/Bloomberg News)

The Suez Canal may be open again, but the battle over damages from the waterway’s longest closure in almost half a century is just beginning.

With cargoes delayed for weeks if not months, the blockage could unleash a flood of claims by everyone affected, from shipping lines to manufacturers and oil producers.

“The legal issues are so enormous,” said Alexis Cahalan, a partner at Norton White in Sydney, which specializes in transport law. “If you can imagine the variety of cargoes that are there — everything from oil, grain, consumer goods like refrigerators to perishable goods — that is where the enormity of the claims may not be known for a time.”

The giant Ever Given containership was pried from the bank on March 29, and traffic through the canal — which connects the Mediterranean and the Red Sea — resumed soon after. The blockage began when the vessel slammed into the wall on March 23 and was the canal’s longest since it was shut for eight years following the 1967 Six-Day War. The incident offered a reminder of the fragility of global trade infrastructure and threats to supply lines already stretched by the coronavirus pandemic. 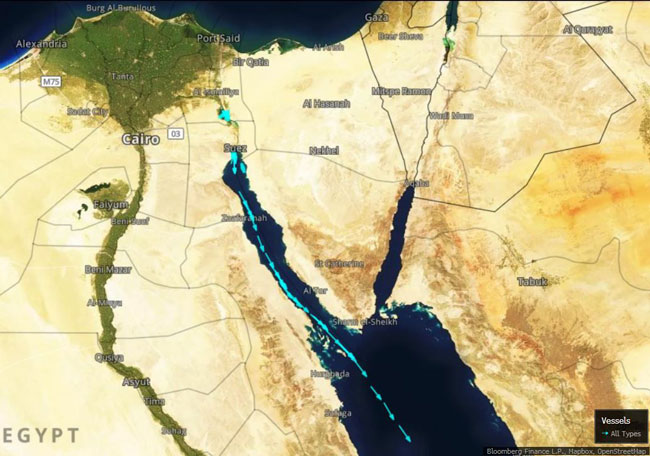 Ships held in the Great Bitter Lake leave the canal after the Ever Given containership was refloated March 29. (Bloomberg News)

The Ever Given, which moved north from the southern part of the canal where it ran aground to the Great Bitter Lake, is being inspected for damage. Those checks will determine whether the vessel can resume its scheduled service and what happens to the cargo, Taiwan’s Evergreen Line, the ship’s charterer, said in a statement.

Egyptian authorities were desperate to get traffic flowing again through the waterway that’s a conduit for about 12% of world trade and around 1 million barrels of oil a day.

A backlog of hundreds of ships built up. There were 421 waiting to transit through the canal at 8:00 a.m. local time, according to Inchcape Shipping Services, a maritime services provider. The waterway usually handles around 50 a day, but will probably transit significantly more than that in the coming weeks.

“Coordinating the logistics of who gets to go through first and how that’s going to be sorted out, I think the Egyptians have quite a job on their hands,” John Wobensmith, chief executive officer of Genco Shipping & Trading Ltd., said March 30 in an interview with Bloomberg Television.

Leth Agencies, one of the main providers of Suez Canal crossing services, said 37 ships held up in the Great Bitter Lake exited the canal by 3:30 a.m. local time on March 30 and 76 were scheduled to go over the rest of the day.

South Korean shipper HMM Co. said the HMM Gdansk, one of the world’s largest container vessels and which can carry 24,000 20-foot boxes, was scheduled to transit through the waterway March 30 after being held up since last week.

Those assessments may be optimistic, according to Arthur Richier, an analyst at energy-intelligence firm Vortexa. Freight rates for the affected shipping routes are already rising due to the lower availability of tankers as some stay stuck and some take the longer route around the southern tip of Africa. Traveling via that route can add two weeks onto a vessel’s journey between Asia and Europe.

“It’s going to take them five or six days to clear up all the backlog of traffic,” Rustin Edwards, the head of fuel-oil procurement at shipping firm Euronav NV, said on a conference call on March 30. “You’re going to start seeing congestion at delivery ports when the ships that diverted and the ships that went through start arriving at the same destinations. It’s going to cause a bit of a headache for a lot of container companies for the next couple of weeks.”

The blockage will reduce global reinsurers’ earnings, which have already been hit by the pandemic, winter storms in the U.S. and flooding in Australia, according to Fitch Ratings. Prices for marine reinsurance will rise further as a consequence, it said. Fitch estimates losses may amount to hundreds of millions of euros.

In a potential merry-go-round of legal action, owners of the goods on board the Ever Given and other ships could seek compensation for delays from their insurers. Those insurers for the cargo can in turn file claims against Ever Given’s owners, who will then look to their insurers for protection.

Evergreen says Japan’s Shoei Kisen Kaisha Ltd. — the ship’s owner — is responsible for any losses. Shoei Kisen has taken some responsibility but says charterers need to deal with the cargo owners.

Evergreen’s legal adviser is Ince Gordon Dadds, according to people familiar with the matter, who asked not to be identified because they aren’t authorized to speak to the media. London-based Ince Gordon Dadds and Evergreen declined to comment.

An official at Shoei Kisen said the company hasn’t received any compensation claim yet. The firm is still examining what it is responsible for. The ship’s hull is insured through three Japanese companies.

Responsibility for the giant ship’s grounding will be determined after an investigation, the Canal Authority’s Rabie said. He added that the canal authority isn’t at fault and that the ship’s captain — not the pilot — was responsible for the vessel.

Aaron Clark, Cindy Wang, Ann Koh and Verity Ratcliffe were the primary contributors to this report.