Funding for freight safety programs would be increased and infrastructure grants would receive $1 billion under fiscal 2020 legislation Congress cleared for President Donald Trump on Dec. 19.

The two-bill package that would allocate $1.4 trillion for the federal government was passed by the U.S. Senate on a 71-23 vote. Tucked in one of the measures is $1 billion for the Better Utilizing Investments to Leverage Development, or BUILD, grants. Also in the bill, the Federal Motor Carrier Safety Administration would receive $679 million, $12 million above the 2019 enacted level.

Enactment of the funding package would avert a shutdown of most federal agencies. Trump tweeted his praise for the spending bills and said he'll sign them on Dec. 20. 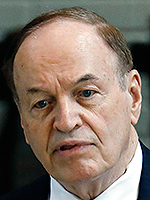 “All in all, these bills accommodate countless member priorities on both sides of the aisle,” said Appropriations Committee Chairman Richard Shelby (R-Ala.).

“Notwithstanding the president’s denial that climate change exists, the agreement includes significant resources to combat this threat in the new fiscal year,” added Sen. Patrick Leahy (D-Vt.), ranking member of the Appropriations Committee. “We must take action, and we must take action now. This bill gets us on the right path.”

The legislation had advanced from the U.S. House of Representatives on Dec. 17 by a vote of 297-120. 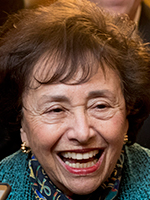 “I’m pleased that we have reached a bipartisan agreement that will keep government open, provide the certainty of full-year funding and make strong investments in key priorities for American communities,” said House Appropriations Committee Chairwoman Nita Lowey (D-N.Y.). “With higher spending levels in line with the bipartisan budget agreement, we are scaling up funding for priorities that will make our country safer and stronger and help hardworking families get ahead.”

Overall, under the domestic spending bill, the U.S. Department of Transportation would receive $86.2 billion, a decrease of about $324 million from the 2019 enacted level. Related to trucking policy, the measure would prohibit funding for the enforcement of the electronic logging device mandate for livestock or insect haulers. Under the bill, FMCSA also would be required to update inspection regulations for rear underride guards.

The bill also directs the trucking regulatory agency to comply with certain recommendations by the National Academies of Sciences, Engineering, and Medicine before making Compliance, Safety, Accountability data available to the public. That data pertains to metrics designed to calculate commercial transportation performance on the highways.

The bill would provide $1 million for the Office of the Transportation Secretary to proceed with the National Academies of Sciences, Engineering, and Medicine on a study about the effective ways to evaluate the resilience of transportation systems, as well as services for natural disasters and hazards.

As part of the funding measures, Congress also advanced soon-to-expire tax breaks referred to as “extenders.” Among the “extenders” was an extension of the 50 cents-per-gallon alternative fuel excise tax credit, as well as a credit for the installation of alternative-fuel vehicle refueling property in service before 2020.