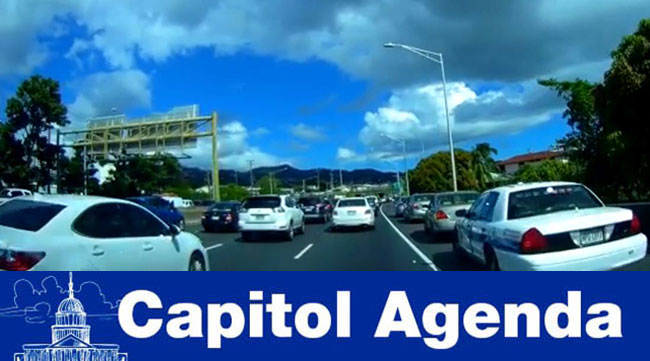 Traffic on H1 in Honolulu. The Hawaiian city joins a long list of metropolitan centers that is experiencing chronically congested roads. (Suzi Pal via YouTube)

The headline on the front page of Honolulu’s Star Advertiser on Aug. 27 read, “Isles Repeat Low Road Ranking.” To set the article’s mood, reporter Nina Wu wrote: “The worst urban interstate pavement conditions in the country and a low mark for spending per mile left Hawaii ranked 47th among states in a recent survey of highway performance.”

According to a Reason Foundation annual report, Hawaii surpassed Rhode Island, Alaska and New Jersey among states with the lowest highway performance metrics.

During a recent trip to Oahu, this writer experienced hours of punishing evening rush-hour traffic along Honolulu’s main artery. State officials already have acknowledged the island’s traffic woes and proceeded with a transit system. A significant demographic, however, has yet to embrace transit.

Honolulu is not only a city with chronic traffic. It’s part of long list of metropolitan areas suffocating from congestion.

In a different report also published last month, the Texas A&M Transportation Institute concluded the average commuter faced an annual delay of 54 hours due to traffic in 2017. That was an increase from 47 hours per year lost in 2012. New York, Chicago, Los Angeles, Atlanta and Washington led the way as congestion hotspots.

“Big towns and small cities have congestion problems — every economy is different, and smaller regions often count on good mobility as a quality-of-life aspect that allows them to compete with larger, more economically diverse regions. As the national economy improves, it is important to develop the consensus on action steps — major projects, programs and funding efforts take 10 to 15 years to develop,” the report’s authors explained.

“Reports like the 2019 Urban Mobility Report are exactly what we should expect after decades of underinvestment at the federal level and a lack of political will to even consider raising the federal gas tax for the first time since 1993, and why we’re left with highways, roads, bridges and transit systems that are inefficient, outdated, and in some spots, downright dangerous,” DeFazio said. “The cost of inaction is too great.”

Prior to the August recess, DeFazio’s Senate counterparts advanced five-year, $287 billion infrastructure package that left unresolved the looming shortfall of the Highway Trust Fund. The account, used to assist states with transportation projects, relies on insufficient revenue from the federal fuel tax. This week, DeFazio’s committee is scheduled to examine congestion pricing and tolling as potential funding alternatives for highway projects.

The Week Ahead (All times Eastern)

Sept. 10, 10 a.m.: The Center for Technology Innovation at Brookings hosts an event exploring new advances in transportation and service delivery.

Still no word from the Trump White House this year on a big-picture infrastructure funding plan. On Capitol Hill, meanwhile, authorizers in the U.S. House of Representatives are expected to take on the matter in the coming weeks.

Policy outlined in a Senate panel’s infrastructure measure touches on the labor community, Stan Greer observed in The Hill newspaper. 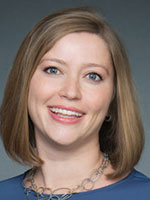 She will be tasked to advocate for ARTBA’s concerns, such as prompting lawmakers to approve a sustainable source of revenue for the Highway Trust Fund. The trust fund relies on dwindling revenue from the federal fuel tax.

Before ARTBA, Schapker led the Washington office of the National Ground Water Association, where she advocated for projects relevant to the group’s interests.

The Beltway intelligentsia south of Reagan National Airport have something to cheer about. After a summer shutdown, Metro rail service is back.

Bloomberg’s Shaun Courtney provides us with an explainer on Congress’ infrastructure funding conundrum.

When is rent too high on Park Avenue? When not even a Saudi prince can make a payment.

NEW: A Saudi prince has been ordered to pay the Trump Organization $1.8 million in back rent in a dispute over a Park Avenue apartment https://t.co/PcXxCwwhKF via @luxury

We have a lot of money because of the tariffs we’ve taken in. We’ve taken in tremendous — many billions of dollars of tariffs from China.

We publish weekly when Congress is in session. E-mail emulero@ttnews.com with tips. Follow us @eugenemulero and @transporttopics

US Senate Kicks Off Infrastructure Debate This Week