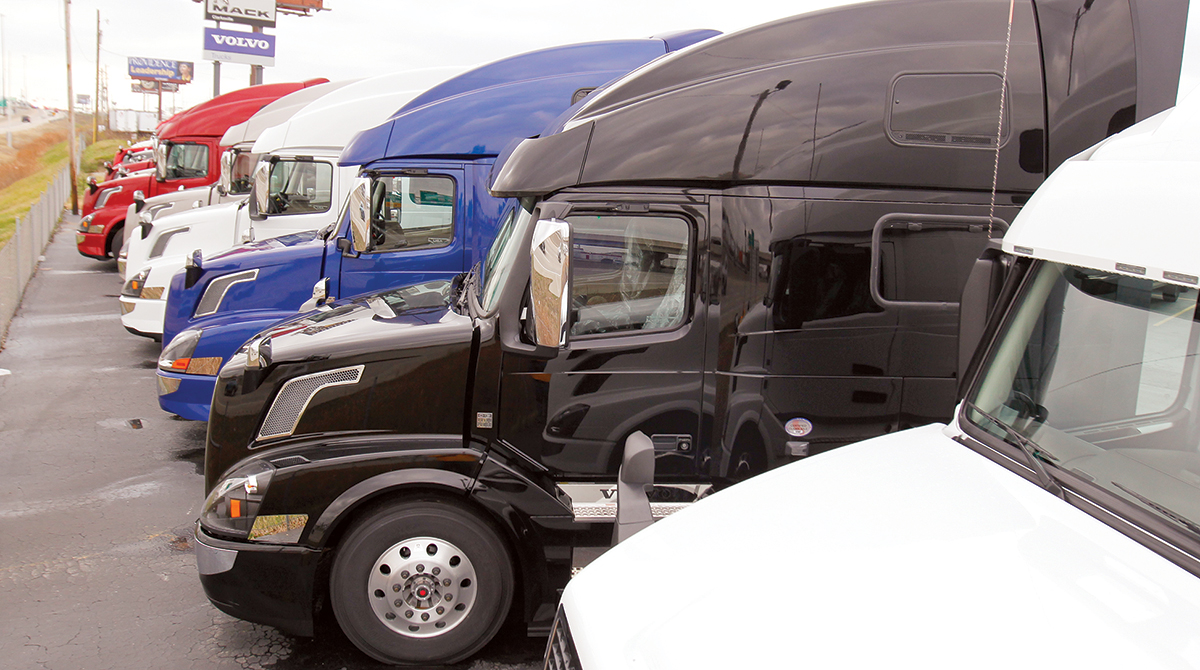 January marked the eighth consecutive month with sales above the 20,000 mark.

“That was an excellent January,” said Don Ake, vice president of commercial vehicles, at the research firm FTR. 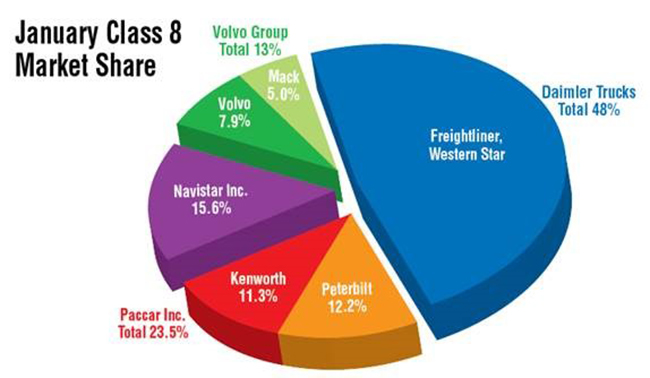 “I think we have in all our core regions really industry-leading product, really fresh product: new [Freightliner] Cascadia, new Actros [in Europe], new Super Great in Japan. And so I have a good feeling that we can use our pricing power through the exciting products,” Daum said during a recent earnings call.

“And then, on top of that, we enlarge the content, and that, especially on the safety technology, makes our trucks more valuable. More content could give us another boost. So I’m really positive about 2019,” he said.

The increased rate of adoption of technology “has been a boon to sales in this cycle,” said ACT Vice President Steve Tam.

Truck makers will start off producing high numbers of trucks in the first and second quarters, Ake forecast. But he expects “the second quarter to be the peak of the cycle.”

In the meantime, Navistar unit International sold 3,150 heavy-duty units, a 45.9% jump from a year earlier and good for a 15.6% share of the market.

International also announced that it now offers Bendix Wingman Fusion, an integration of advanced safety technologies, as standard equipment on its entire lineup of on-highway tractors. The technology has been an option since 2015. The company called the move part of its driver-first philosophy. 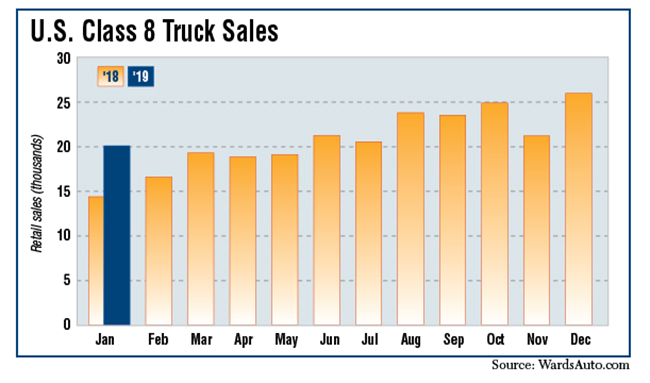 Cummins Inc. CEO Tom Linebarger, during an earnings call about fourth-quarter results, said there were “higher-than-expected penetration rates” of automated manual transmissions, which “reached 73% of new heavy-duty trucks in 2018.”

Tam said those transmissions are indicative of the types of changes needed to attract new drivers. “It’s one less thing the driver has to do in this environment of distraction overload.”

The average age of Werner’s trucks is 1.8 years, which helps with driver recruitment, he said. “Despite the very competitive labor market, we’ve achieved one of the lowest driver turnover percentages in the last 20 years.”

Werner ranks No. 15 on the Transport Topics Top 100 list of the largest for-hire carriers in North America.

“The convergence of a very strong Class 8 market and acceptance and demand for the Volvo VNR, VNL and VNX series continues to drive performance in this competitive climate also into 2019,” said Magnus Koeck, Volvo Trucks North America vice president of marketing and brand management. “We’re dialed in on managing the entire value chain, balancing sales, production and delivery times to secure customer satisfaction.” 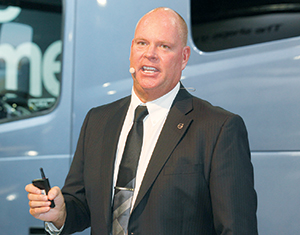 “While it’s fair to say that the current supply chain situation is more stable, given ongoing robust levels of activity in the market, additional disruptions are not out of the question,” said Jonathan Randall, Mack Trucks senior vice president of North American sales.

“That being said, we remain optimistic about our opportunity to grow market share this year, given the tremendous response of customers to our highly efficient, high-performing products like the Mack Anthem, our ongoing leadership position in optimizing Uptime, and the continuing investments by our dealers bolstering the coast-to-coast support customers require,” Randall said.

VTNA and Mack are units of Volvo Group.

US Trailer Orders in December Surge Past Year Earlier