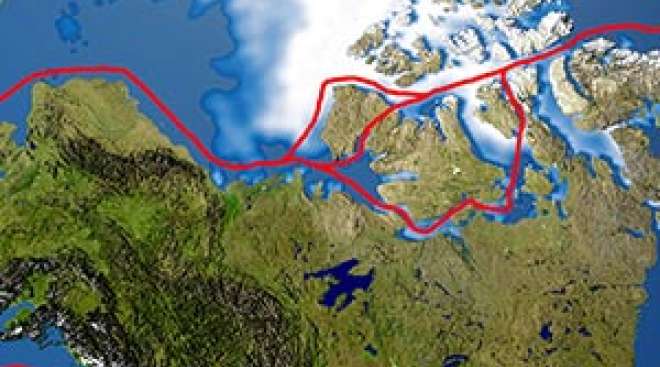 BEIJING — China will encourage ships flying its flag to take the Northwest Passage via the Arctic Ocean, a route opened up by global warming, to cut travel times between the Atlantic and Pacific oceans, a state-run newspaper reported April 20.

China is increasingly active in the polar region, becoming one of the biggest mining investors in Greenland and agreeing a free trade deal with Iceland. In 2013, the Arctic Council admitted emerging powers China and India as observers.

Shorter shipping routes across the Arctic Ocean would save Chinese companies time and money. For example, the journey from Shanghai to Hamburg via the Arctic route is 2,800 nautical miles shorter than going by the Suez Canal.

"Once this route is commonly used, it will directly change global maritime transport and have a profound influence on international trade, the world economy, capital flow and resource exploitation," ministry spokesman Liu Pengfei was quoted as saying.

Chinese ships will sail through the Northwest Passage "in the future,"" Liu added, without giving a timeframe.

Asked if China considered the Northwest Passage an international waterway or Canadian waters, Chinese Foreign Ministry spokeswoman Hua Chunying said China had noted that Canada considered it to cross its waters, although some countries believed it was open to international navigation. 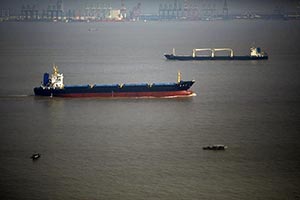 "China has also noted that Canada has taken some management and control steps in the Northwest Passage, including that foreign ships before entering or crossing its exclusive economic zone and territorial waters report to and obtain Canada's permission," she told a daily news briefing.

The route also would be strategically important to China, another maritime official, Wu Yuxiao, told the China Daily.

"Many countries have noticed the financial and strategic value of Arctic Ocean passages. China has also paid much attention," Wu said.

He pointed to risks, such as lack of infrastructure and possible damage by ice and unpredictable weather.

"As sea ice has declined due to global warming, Arctic navigation has increasing possibilities," Wu said. "That's why we need guidance for ships with the Chinese flag."

Melting sea ice has spurred more commercial traffic, and China has sought to become more active in the Arctic, where it has said it has important interests.

In September, five Chinese Navy ships sailed in international waters in the Bering Sea off Alaska, in an apparent first for China's military at a time when President Obama toured the state.