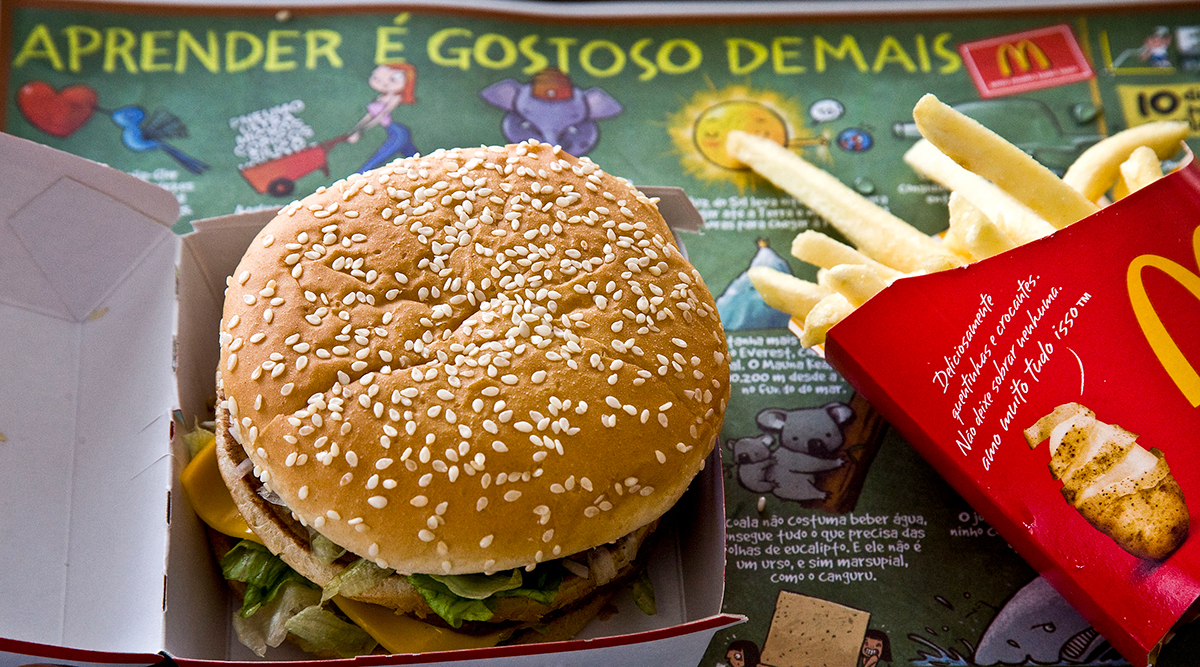 It’s hard to serve a Big Mac without the bun.

A truckers strike in Brazil over higher diesel prices has left at least one McDonald’s in Copacabana struggling to serve its customers. The last perishable food delivery received at the restaurant was May 18, manager Yladian Barbosa told O Globo newspaper. On May 23 alone, that meant a loss of 18,000 reais ($4,960).

Brazil’s state-owned oil company, Petrobras, tried to appease truck drivers with a 10% cut in the price of diesel May 22. It didn’t work. Not only are the drivers refusing to get back in their trucks — Petrobras is trading down 9.3% pre-market in the United States.

It’s a tough time for Brazil, still struggling to emerge from its worst-ever recession and saddled with a currency that recently hit a two-year low.

The four-day strike has wreaked havoc on the economy, with truckers saying a temporary cut in diesel fuel prices doesn’t meet their demands.

From the lack of buns at McDonald’s to restrictions on airline traffic, shortages of goods and services spread throughout the country May 24. Sugar mills halted operations due to the lack of diesel, after a handful of car assembly plants that shut down the day before because they ran out of parts and couldn’t get vehicles to dealers.

Congress started voting measures that would eliminate some of the numerous taxes on fuels. The first move spooked Petrobras investors, while the other has the finance ministry worrying over forgone revenue. And neither appeased the truckers.

Jose da Fonseca Lopes, head of the truckers’ association Abcam, told Band News radio that the strike would only end once the fuel tax elimination was made official and published in the official gazette.

The airport in Brasilia, the nation’s capital, is only allowing planes that have sufficient fuel for their onward journey to land. Throughout the country, lines have formed at gas stations some of which, according to press reports, are charging double the normal price.

One supermarket in Rio de Janeiro was out of potatoes, tomatoes and carrots and was running low on eggs.

Brazil, whose territory is larger than that of the continental United States, relies heavily on trucks to move cargo as it has only a small network of railways that cater mostly to shipping raw materials such as iron ore or soybeans.