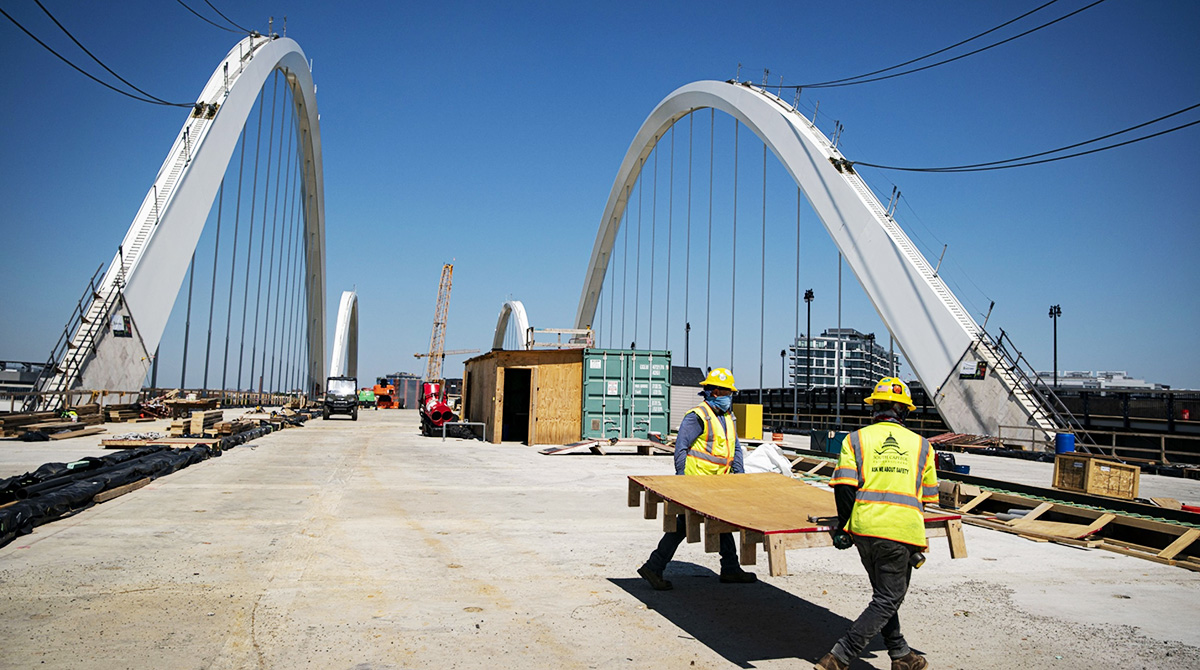 A bipartisan group of House lawmakers on July 6 publicly endorsed President Joe Biden’s $579 billion infrastructure deal with a group of Republican and Democratic senators, giving the compromise fresh momentum at the start of a crucial month for the administration’s agenda.

The 58-member Problem Solvers Caucus, in a statement backing Biden’s deal with 10 senators, also called for a speedy stand-alone vote in the House — bucking House Speaker Nancy Pelosi, who has linked any House approval of the deal to Senate passage of a later, larger tax and social spending budget bill.

“The bipartisan Problem Solvers Caucus strongly supports the Senate infrastructure framework, which is closely aligned with our own ‘Building Bridges’ proposal released last month,” the House group said in the July 6 statement. “In light of the bipartisan, bicameral genesis of the framework, we encourage an expeditious, stand-alone vote in the House and thank our bipartisan Senate partners and the Biden administration for working so closely with us to demonstrate that cooperation is still possible in Washington.”

In order to be formally endorsed by the caucus, 75% of the members needed to sign on. A group of five Republican and five Democratic senators announced the deal with Biden last month, and are now turning the measure into legislative text for a possible vote in the Senate this month.

Including maintenance spending that was expected to be enacted, the deal amounts to $1.2 trillion. It is paid for through a combination of increased tax enforcement, user fees, repurposed COVID-19 relief funds and incentives for private investment, among other things.

Caucus co-chair Josh Gottheimer, a New Jersey Democrat, said on MSNBC on July 2 that he is open to a later budget bill but votes on the infrastructure package should not be held up for that second bill.

“If we had a stand-alone vote on this tomorrow, it would pass,” he said. “We should vote on this and move forward, and that’s what I’m hoping we do before the end of the summer.”

The Problem Solvers stance on timing illustrates divisions among Democrats on legislative strategy.

Progressive House Democrats, backed by Pelosi, have said the House will not vote on the infrastructure deal until the Senate passes a bill including the rest of Biden’s $4 trillion longer-term agenda, including corporate and individual tax increases as well as spending on child care, education and paid family leave.

The tandem strategy gives the House leverage to force all 50 Democrats and independents in the Senate to vote for the legislation, progressives argue. But given the difficulty of drafting the second multitrillion-dollar measure, votes on that are not expected until the autumn.

More Than 700 Barges Stuck in Mississippi River From Bridge Crack