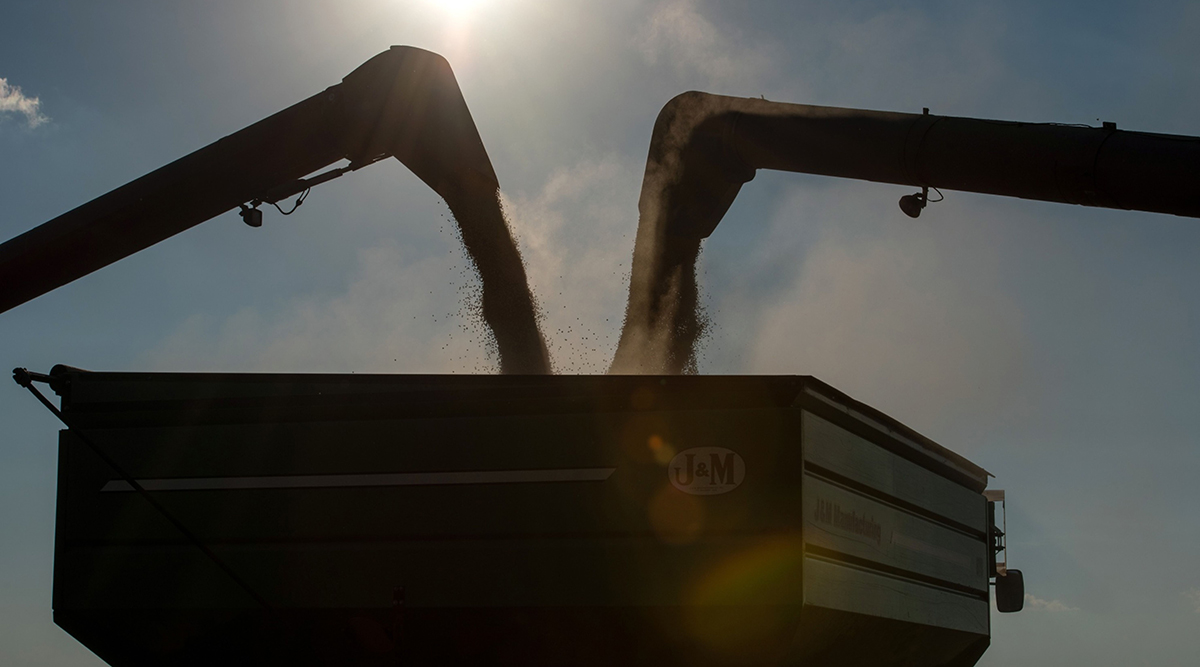 Soybeans are unloaded into a grain cart during a harvest in Pace, Miss. Renewable Energy's biodiesel margins have been hurt by higher soybean costs (Rory Doyle/Bloomberg News)

Renewable Energy Group Inc., a green diesel maker, is exploring options after receiving takeover interest, including selling itself, according to a person familiar with the matter.

Its shares soared as much as 28% in its largest climb since March 2020 on the news.

The company is working with financial advisers, the person said, asking not to be identified because the matter is private. Renewable Energy has held recent takeover talks with large oil and gas companies, the person added.

If a deal is struck, an agreement could be announced within weeks, the person said. Renewable Energy’s plans could always change and it could still decide to remain independent.

Renewable Energy rose 24% in morning trading in New York on Feb. 23, giving the company a market value of about $2 billion. The stock is down about 57% in the past year.

The Ames, Iowa-based company, led by CEO Cynthia “CJ” Warner, turns feedstock into fuel at more than a dozen locations in the U.S. and Germany, according to its most recent annual report.

Truist Securities analyst Jordan Levy said in a research note that a deal with a big oil company makes sense and that the news isn’t surprising.

“Given the sizable investments being made by major refiners and integrated oil companies into renewable fuels, we view REGI as an increasingly attractive takeout candidate,” he said.

The company’s biodiesel margins have been hurt by higher soybean costs, according to a research note this month by Bloomberg Intelligence.

The note called Renewable Energy a pioneer that has driven oil majors and refiners to convert some of their plants into biorefineries. Like many companies in the space, it has benefited from biodiesel tax credits in the U.S.