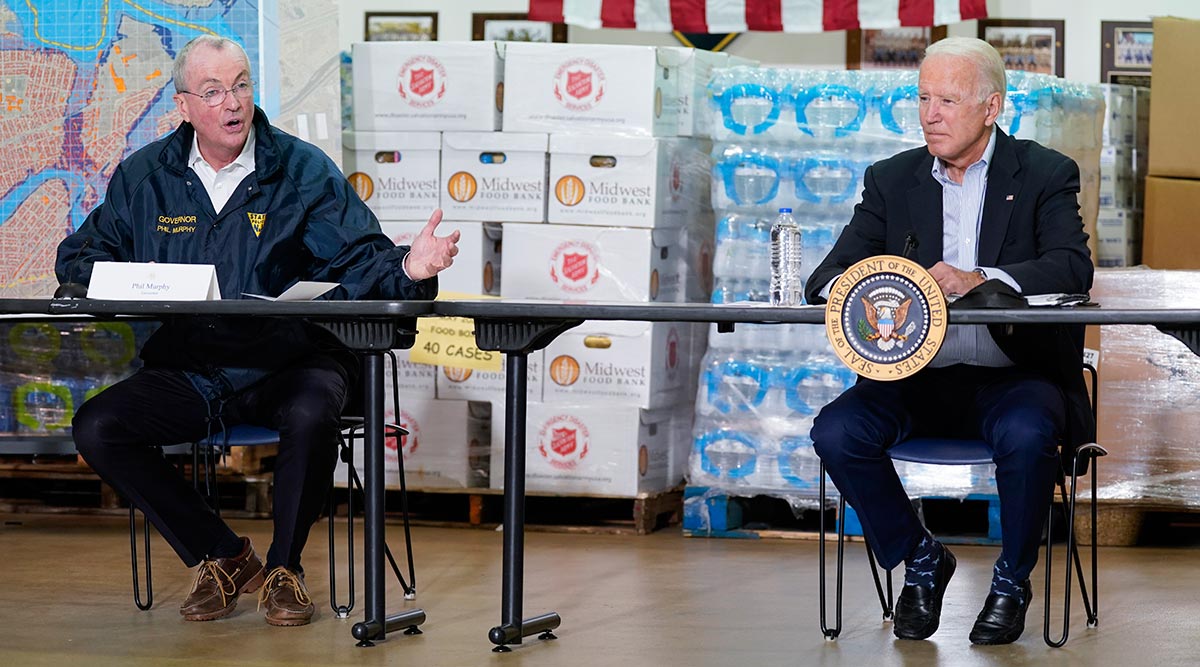 President Joe Biden redoubled his push for a $1 trillion infrastructure bill on Sept. 7, using flood-stricken areas of New York and New Jersey as a backdrop to underscore the threat climate change poses to critical services.

“Every part of the country is getting hit by extreme weather, and we’re now living in real-time what the country’s going to look like,” Biden said during a briefing with New Jersey Gov. Phil Murphy, Sen. Cory Booker and local officials in Hillsborough Township.

Biden, who the week of Aug. 30 toured areas of Louisiana devastated by Hurricane Ida, also visited Queens, where there were many deaths after Ida flooded basement apartments. The New York subway system and commuter rail services were ground to a halt, with commuters posting video on social media of water pouring into tunnels and onto trains. 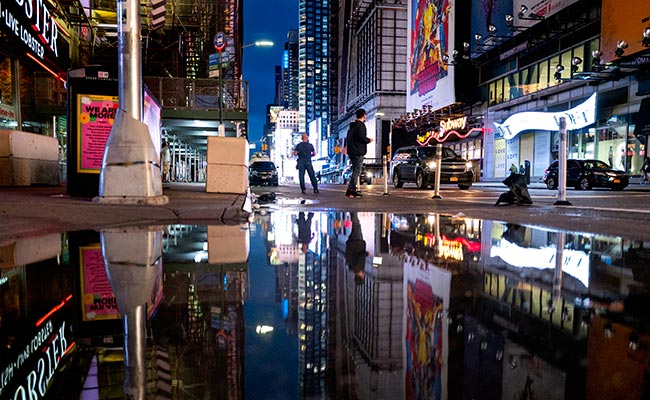 The trip comes as lawmakers in Washington prepare to debate the president’s $3.5 trillion spending plan for social issues spanning education and senior care to climate change. Democrats aim to have the package wrapped up by the end of this month, which would set up the House to approve the separate bipartisan infrastructure bill negotiated at the same time.

The flooding Ida caused in New York and New Jersey followed Hurricane Henri, which inundated the region with record rainfall just days earlier. Ida made landfall in Louisiana, where it damaged towns and some oil production facilities.

“We can’t just build back to what it was before,” Biden said. “Because another tornado, another 10 inches of rain is going to produce the same kind of results.”

Ida’s economic toll in the Northeast is expected to reach $28 billion, according to an estimate from Chuck Watson, a disaster modeler with Enki Research. Nationwide, the toll was just over $60 billion, making it the fifth-most destructive storm to hit the U.S., behind hurricanes Katrina, Harvey and Maria and superstorm Sandy.

At least 50 people were killed in six eastern states due to Ida, according to the Associated Press. More than 1,000 homes in the northeast were damaged.

— With assistance from Josh Wingrove.