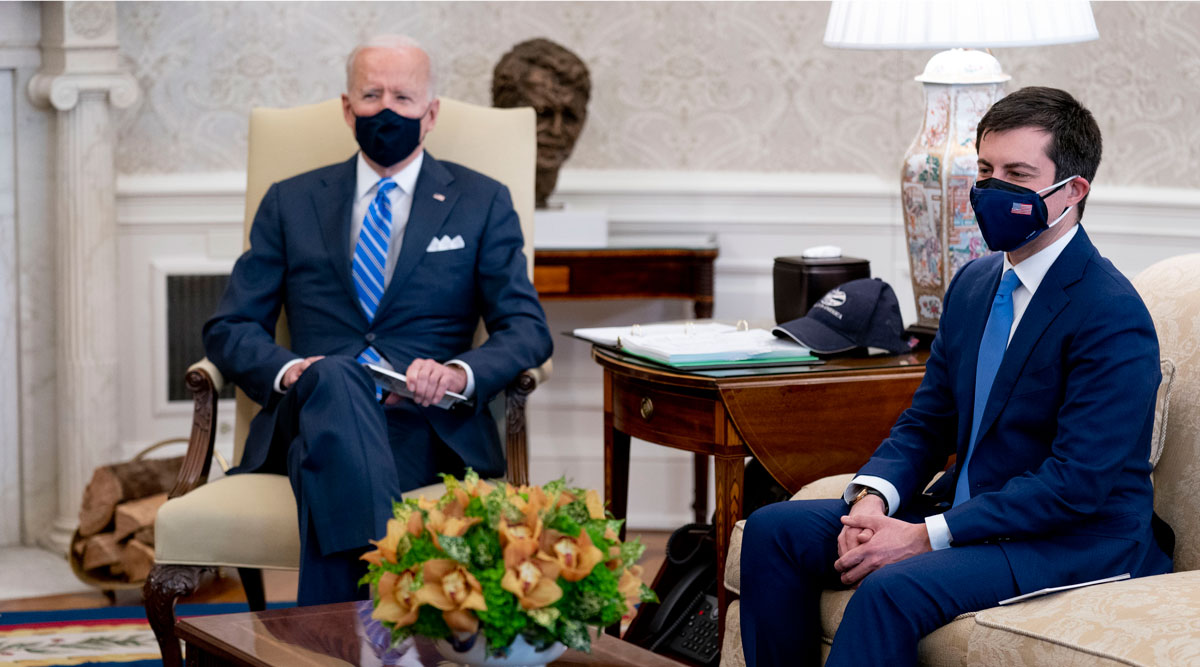 WASHINGTON — President Joe Biden tried to maintain bipartisan momentum for a new infrastructure program by meeting March 4 with Republican and Democratic lawmakers at the White House.

The meeting was about “what we’re gonna do to make sure we once again lead the world across the board on infrastructure,” Biden said. “It not only creates jobs, but it makes us a helluva lot more competitive around the world if we have the best infrastructure.”

Spending on infrastructure appears to be the next major priority for the Biden administration after its $1.9 trillion coronavirus relief package clears the Senate, likely along hardened partisan lines. The prospect of funding roads, bridges, ports, broadband and other infrastructure is a chance for Biden to rebuild his relationship with Republicans. It also allows him to notch a policy achievement that evaded both the Obama and Trump administrations.

Biden met March 4 with eight members of the House Committee on Transportation and Infrastructure, a follow-up to a Feb. 11 meeting with senators on infrastructure. 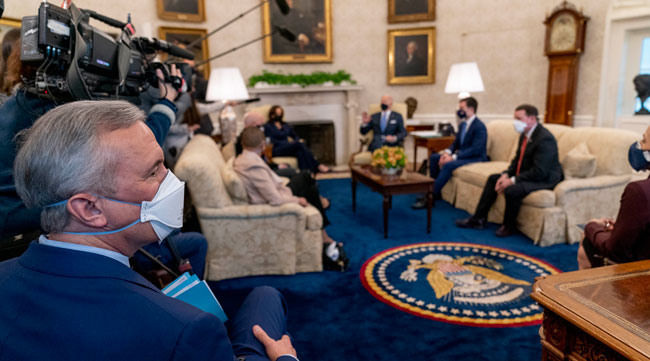 The president laid the groundwork for an infrastructure package during last year’s campaign by proposing $2 trillion in “accelerated” investments to shift to cleaner energy, build charging stations for electric vehicles, support public transit and repair roads and bridges. The plan emphasizes the importance of addressing climate change and creating unionized jobs.

There is a need for infrastructure spending. The American Society of Civil Engineers on March 3 graded the nation’s infrastructure as a lackluster “C-.” The group said $5.9 trillion must be spent over the next decade for safe and sustainable roads, bridges and airports. That recommendation is about $2.6 trillion more than what the government and private sector spend.

Republicans say they want to invest in infrastructure, but they appear to disagree with Biden’s focus on the environment and the possibility of financing any program with debt after the federal government has already borrowed heavily to combat the economic fallout from the pandemic. Their concern is that infrastructure would ultimately become a form of the Democratic-proposed “Green New Deal” that would move the country away from fossil fuels.

Missouri Rep. Sam Graves, the ranking Republican on the transportation committee, left the March 4 meeting with a series of markers for Biden to win bipartisan backing.

Still, the committee chairman, Oregon Democrat Peter DeFazio, described the meeting with Biden as productive and refreshing after conversations with former President Donald Trump led to minimal progress on infrastructure. DeFazio said they discussed paying for the plan, but he declined to go into specifics.

“The difference between talking to Joe Biden about infrastructure and what goes into it and how we’re going to get it done and Donald Trump is like, it’s just a whole different world,” DeFazio said. “It’s way better.”

US Senate to Debate Social Infrastructure Build Back Better Budget